Wenger Shocked as Resilient Wigan Come Back from the Dead

Wigan Athletic managed to perform probably the comeback of the season today at the DW Stadium as they came back from 2-0 down with ten minutes to go to win 3-2 against a lethargic Arsenal side.

Dave Whelan and Roberto Martinez, the Wigan Chairman and manager respectively, looked as though they could hardly believe it themselves as referee Lee Mason blew the full time whistle, and as the Lactics claimed three points which could prove invaluable in the relegation run-in.

Arsène Wenger on the other hand, was left seething after watching his team blow their already slim title hopes after being in complete control of the encounter, and described the result has Arsenal’s ‘most disappointing of the season.’ 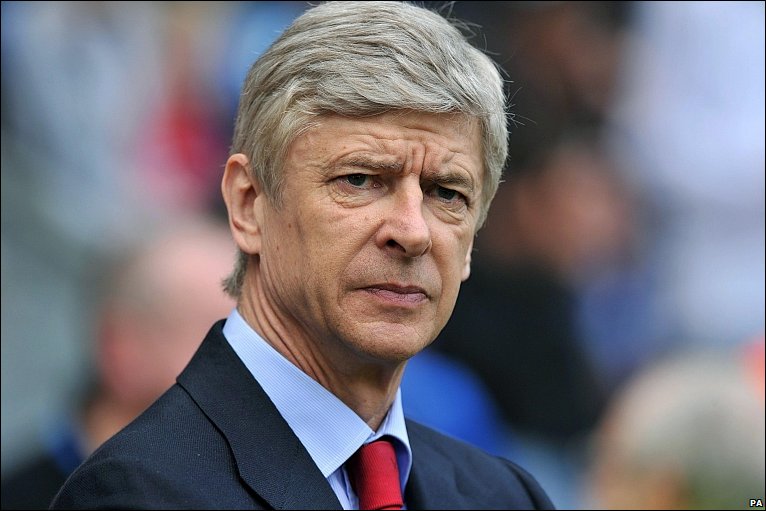 Wenger has much to think about after another devestating defeat

Arsenal had taken a two goal lead thanks to strikes from Theo Walcott and Mikael Silvestre, but late efforts first from Ben Watson, and later Titus Bramble and finally Charles N’Zogbia.

The Gunners also looked completely in control of proceedings and could have had more goals, as Abou Diaby and Walcott both missed openings with only Chris Kirkland, the Wigan goalkeeper, to beat. Walcott also flashed a well-struck effort just past the far post towards the end of the first half, and Sol Campbell couldn’t direct his header in from Walcott’s free kick.

However, Wenger’s side failed to expel the common criticism of them that they can’t see out victories when they need to by not closing out the match despite their dominance in possession, and they failed to take heed of the warning shot from Wigan. N’Zogbia was sent clean through on Arsenal ‘keeper Lukasz Fabianski, but his weak finish made for a comfortable save for the Polish keeper, who celebrated his 25th birthday today.

Wenger’s side started slowly, but as the first half wore on they began to assert their dominance but couldn’t find many gaps in a stubborn Wigan defence. The first was from an excellent Diaby through ball played in behind Manuel Figueroa for Walcott who found himself with only Kirkland to beat, but opted instead to try and cut the ball back for a teammate when there were no obvious options open to him.

The young England winger made up for this towards the end of the first half though, as a fine pass from Dane Nicklas Bendtner slit open the Lactic’s defence for the 21 year old Walcott to slide past the onrushing Kirkland for only in second goal in his previous 19 games for Arsenal, in what has been a season of frustration for him.

Theo Walcott gives Arsenal their first half goal at the DW Stadium.

The second period started at a much more frenetic pace, with Ben Watson having a penalty claim turned down by Mason, and Arsenal, almost immediately, going up the other end to double their lead.

A simple goal, the corner was whipped into the Wigan area by Samir Nasri for veteran defender Silvestre to nod in his first goal for Arsenal since the corresponding fixture last season.

Following the second goal, the game became slower as both sides clearly thought the result was now beyond doubt, as did the crowd, as the noise levels were not boisterous.

Martinez obviously disagreed, as he threw caution to the winds and brought on January signing Victor Moses, who added a spark to Wigan’s attacks to start the comeback going.

The entire complexion of the match was changed when Moses galloped down the left wing to cut the ball back for Watson to score his first goal of the season on his first start; suddenly the DW Stadium sensed there might be something here for them.

The goal also seemed to rock Arsenal, who could no longer hold on to the ball, and inviting more pressure on themselves, leading to the evitable equaliser with two minutes on the clock.

A corner was swung in by N’Zogbia, and Fabianski failed to gather the ball convincingly, managing only to set it for centre-back Bramble to tap in to draw his side level.

Clearly shocked by what he was seeing, Wenger sent on star-striker Robin van Persie to try and rescue all three points for the Gunners, but the Dutchman didn’t touch the ball in the remaining few minutes as Wigan now had the momentum and pushed forward to claim the most unlikely of victories, through a goal fit to win any game.

Deep into stoppage time, Gael Clichy fail to deal with an ariel ball which instead fell for the left foot of N’Zogbia, who drove towards the Arsenal goal diagonally from the right wing on to his favoured left foot. Campbell and Silvestre surrounded the young Frenchman, who wasn’t put off by the pressure on his shoulders, and proceeded to evade the defenders before arrowing a fizzing drive off his left boot into the Arsenal goal off the post.

Diame and Bramble celebrate their win in front of a dejected Emmanuel Eboue.

The win left Wigan in an excellent position, and favourites to stay in the Premier League now, but left Arsenal’s title ambitions very much in tatters, with the Gunner’s faithful having again to look forward to next season.