Will Money Previal This Season?

With a summer where the Premier League has lost some of its greatest players to La Liga; a summer where Manchester City have been the only club able to attract “world class” players; I thought I would attempt to answer the question: why money prevail over stability.

The 2009/10 season promises to be one of the most competitive campaigns of the decade, where a club’s summer activity could decide their fate. Manchester City will, no doubt, be hoping to challenge, after spending in excess of £90 million. But as we know, the dream team philosophy does not always work.

The most successful teams for the coming season could well be those who have used the transfer window to add balance and stability to their respective squads. Chelsea have had a comparatively quiet summer, yet their settled squad could mean more instant success. Tottenham have brought in proven Premier League players, and Harry Redknapp has added real balance to the Spurs squad with some intelligent signings, and could reap the rewards. Not to mention Sunderland, who have spent money on some astute signings. 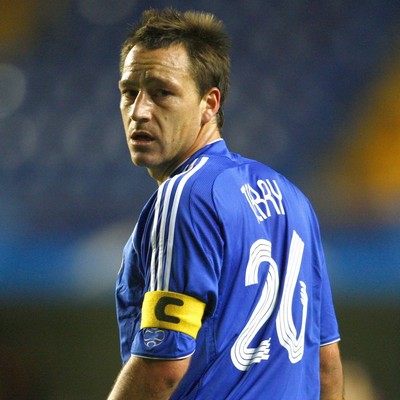 John Terry is effectively Chelsea’s biggest signing of the summer

So at the top of the table, I can’t help but believe stability will prevail over huge amounts of money. I am also expecting the top four to remain the top four. Arsenal are the team many would expect to be excluded from the elite group of teams. However losing Emmanuel Adebayor should not prove catastrophic, as the Gunners have Eduardo and Tomas Rosicky to come back, and Carlos Vela to burst onto the scene. So I am predicting the top four to be ordered as:

So, to the bottom half of the table, and much coveted survival. The debate is still in a similar vein. Birmingham have returned to the Premier League, and have splashed out on un-proven players from lesser-known leagues. It worked for Wigan when they gambled on Wilson Palacios, Antonio Valencia and Maynor Figueroa. Whereas most of the clubs down there, whilst they not being as active, have gone for proven players in the English leagues.

Valencia is an example of where buyjng foreign can work

There is also the question of momentum. The notion that you will start the new season as you finished the last, and that is why I worry for Hull City. After an abysmal end to last season, the Tigers may have confidence problems going into the new campaign. However this theory was disproven just last season as West Brom failed miserably in the top flight after winning the Championship the previous year.

So in the end, I believe the teams who have been active, but not too active, will have the most success. Though you can never be certain in football, I have predicted the final positions of all 20 clubs.