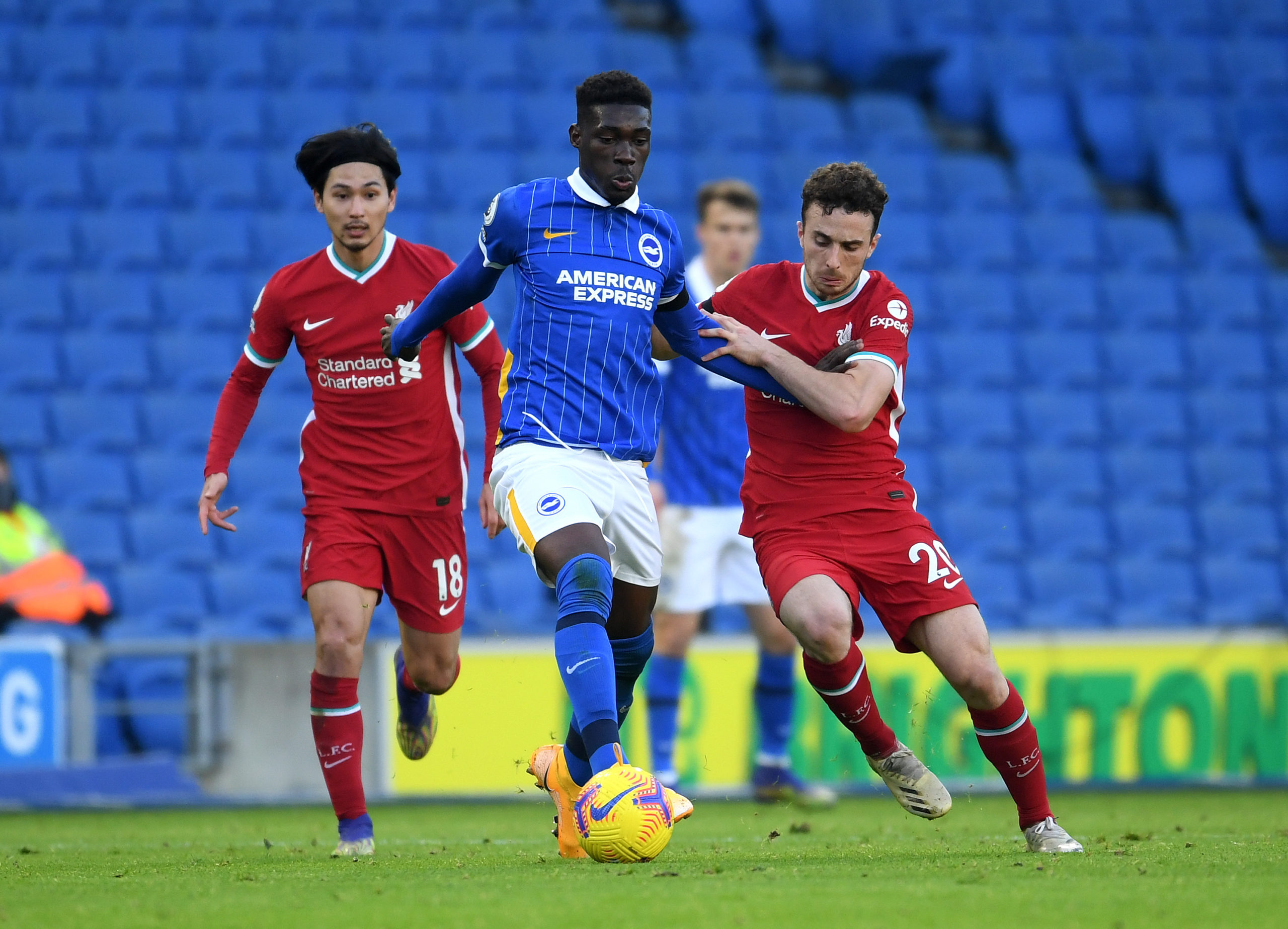 Premier League giants Arsenal and Liverpool are reportedly keeping an eye on Brighton’s Yves Bissouma and could make a move for the talented midfielder in the January transfer window.

The 24-year-old has been spectacular for the Seagulls this campaign, starting nine matches in the Premier League with a goal to his name. He also played the full 90 minutes for his side in the most recent 1-1 draw with Liverpool.

His performances have now sparked an interest from the Reds and Arsenal who want to add the Malian footballer to their ranks in the winter window.

The Gunners look in need of some creativity in the middle, having scored just ten goals in ten league matches so far this season.

Mikel Arteta’s side tried to sign Lyon star Houssem Aouar in the summer but couldn’t reach an agreement with the French side due to disagreement on a transfer fee. However, they splashed a whopping £45millon to bring Thomas Partey to the Emirates Stadium.

The Spanish boss is also said to be keen on RB Salzburg star Dominik Szoboszlai.

Meanwhile, Liverpool are in the market to find a long-term replacement for Georginio Wijnaldum whose current contract is set to expire in the summer and is likely to depart Anfield on a free transfer.

Jurgen Klopp could secure the services of Bissouma to strengthen the Reds’ midfield ranks, with Fabinho now regularly being used in defence because of the injuries to Virgil van Dijk and Joe Gomez.

Football expert Alex Crook revealed on talkSPORT’s Jim White Show that the 24-year-old midfielder is on the radar of the two Premier League sides.

He said: “Bissouma is a player Arteta is a big fan of.

“I know Arsenal are by no means the only big six club keeping tabs on him.

“He is looking for a replacement for the out of contract Gini Wijnaldum.

“Bissouma himself is contracted until 2023 so next summer would usually be the time when they would start negotiating a potential new deal.”

5 reasons why Liverpool will win the Premier League title again this season
Will Mikel Arteta Find The Solution To Arsenal’s Issues?