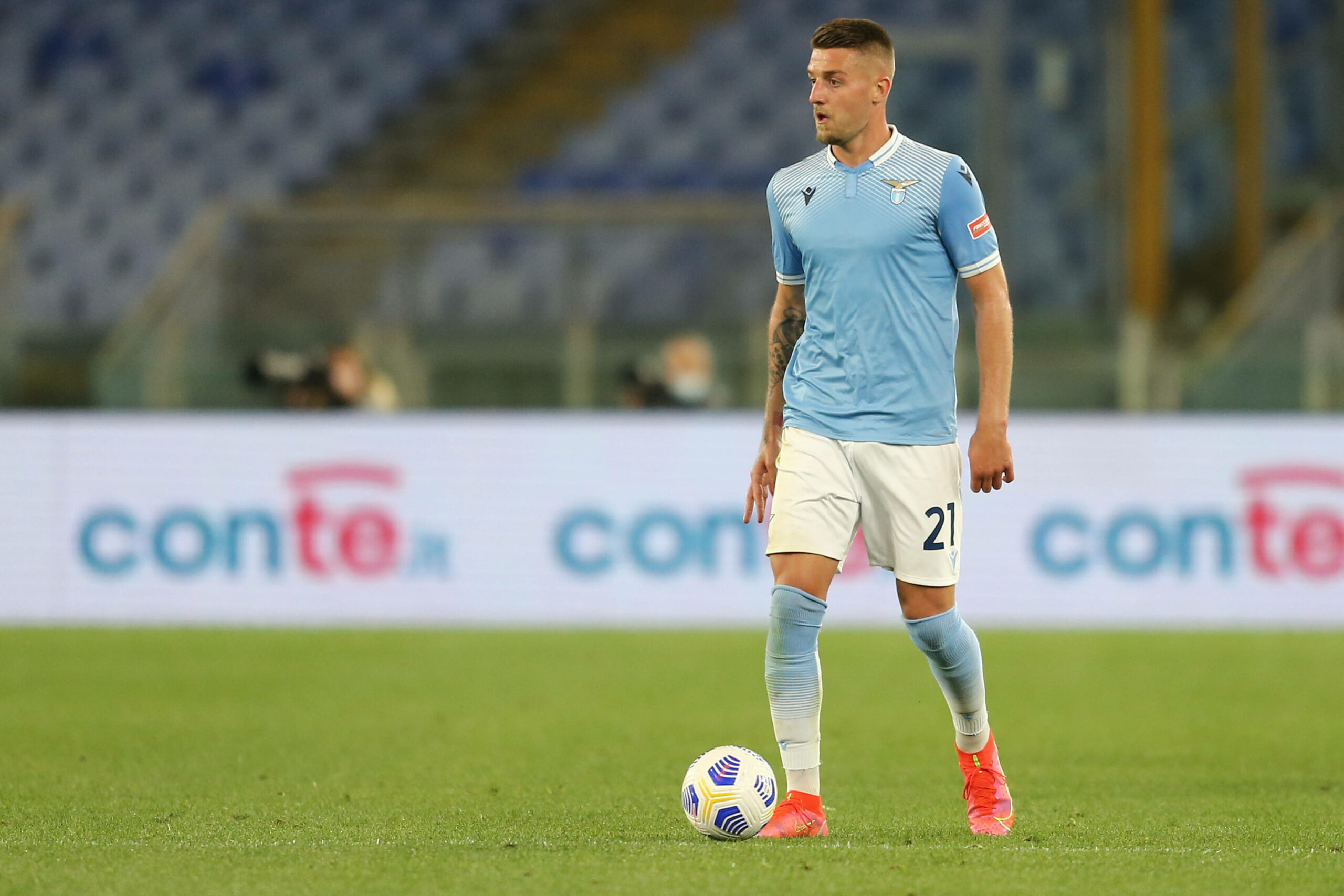 Milinkovic-Savic is Lazio’s most prized asset and, according to United reporter Leah Smith, they do not want to let him leave this summer.

However, if the player demands a transfer, this high price tag would ensure that no Italian club will attempt to make an offer for him.

A few days back, Gazzetta Dello Sport reported that Manchester United, along with Paris Saint-Germain and Real Madrid are ‘returning to the assault’ for Milinkovic-Savic.

The 26-year-old midfielder has made a name for himself at the Italian club by putting in a number of impressive displays.

He is a familiar name for the Red Devils supporters as the club has previously tried to bring him to Old Trafford to replace Paul Pogba.

The Serbian international is a powerful box-to-box midfielder who not only contributes to the attack but also ensures the safety of his defence.

He has eight goals and nine assists in 29 Serie A games this season.

Pogba’s contract with United will run out in June of 2022 and the club have to make a call this summer regarding the extension of his contract.

If they don’t hand him a new deal and decide against selling him in the upcoming window, he will be free to walk away next year.

Ole Gunnar Solskjaer has a rich pool of players who can play in the centre of the park and signing another midfielder would be a questionable decision.

The pandemic has had huge negative financial consequences. United should look to use their budget to bolster other positions which require more quality and depth.