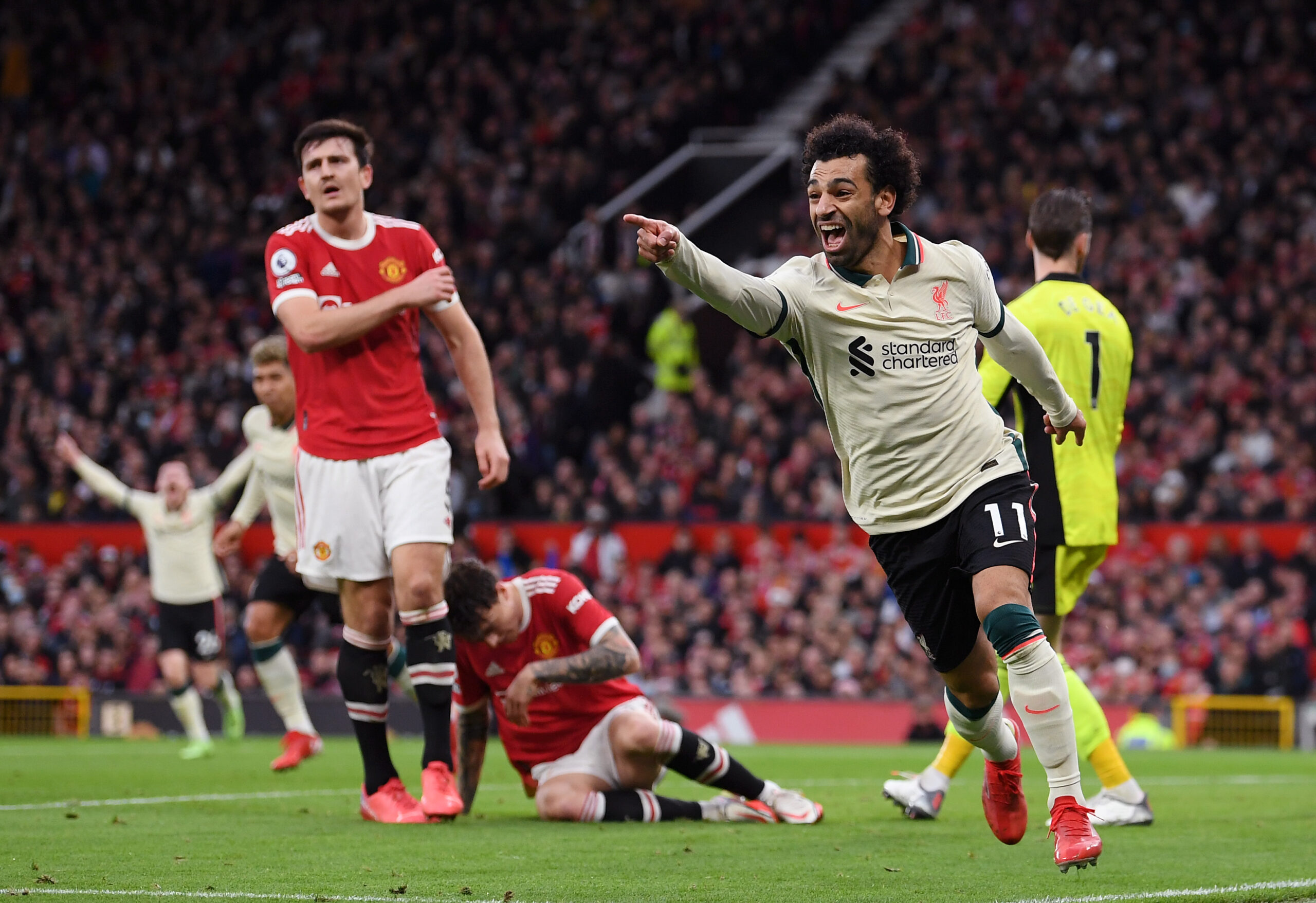 Tuesday’s mouth-watering clash between Liverpool and Manchester United at Anfield will serve to get midweek Premier League action underway.

Jurgen Klopp’s side came out on top of a blockbuster FA Cup semi-final tie against Manchester City over the weekend as Ibrahima Konate and Sadio Mane’s brace secured a 3-2 win for the Reds.

A historic quadruple is still a possibility. Liverpool sit a point adrift of Premier League pacesetters Man City ahead of the latest chapter of their long-standing rivalry against Man United.

Following a 5-0 thrashing of Ole Gunnar Solskjaer’s Red Devils in the reverse fixture at Old Trafford, the Merseyside powerhouse could complete their first league double over United since 2013/14.

With fourth-placed Tottenham Hotspur now only three points away, Man United will be looking to get the most out of their upcoming trip to Anfield that will be available to watch live via soccer streams.

Coming into this matchday, the Reds are unbeaten in 12 Premier League outings (W10, D2), winning a league-high 32 points since their last top-flight defeat to Leicester City in December.

Liverpool will feel confident about extending their eye-catching undefeated league streak here, as they have not lost any of their last five Premier League home meetings with Man United (W2, D3).

Klopp’s men kept four clean sheets during that five-game sequence, a feat they have accomplished in five out of six Premier League home games in 2022.

After going unbeaten in seven consecutive Premier League away matches (W3, D4), the Red Devils have lost back-to-back league games on the road by an aggregate score of 5-1.

Another potential defeat at Anfield would see Man United lose three successive Premier League away fixtures for only the fourth time in history.

Rangnick will be desperate to see his side improve defensively after conceding at least once in each of their last five top-flight outings on hostile turf.

The long-running contract saga involving star forward Mohamed Salah continues to make headlines, but Liverpool are already laying down the foundation for the future.

In other football transfer news, the Reds are holding advanced talks over a deal for Red Bull Salzburg starlet Karim Adeyemi in case the Egyptian leaves.

According to Sky Deutschland, the Merseysiders are aiming to hijack Borussia Dortmund’s move for one of the most highly sought-after youngsters in European football.

Adeyemi has emerged as a world-class potential following his jaw-dropping season at Salzburg, where he has tallied 20 goals in 38 appearances.

The perennial Austrian champions have named a £35m price tag for their prized asset, but Liverpool hope to strike a personal agreement with the player before opening negotiations with Salzburg.

Outgoing Chelsea defender Antonio Rudiger has reportedly turned down an approach from Man United (via the Metro).

The German defender will leave Stamford Bridge after five years after refusing to commit to a new deal, with his current one expiring at the end of the season.

Man United saw a window of opportunity to strengthen their fragile backline, but Rudiger has rejected the Red Devils’ bid to swap allegiances in the summer.

Captain Harry Maguire continues to hit the headlines for the wrong reasons, forcing the Old Trafford powerbrokers to explore the market for more defensive reinforcements.

However, Man United will have to look elsewhere.