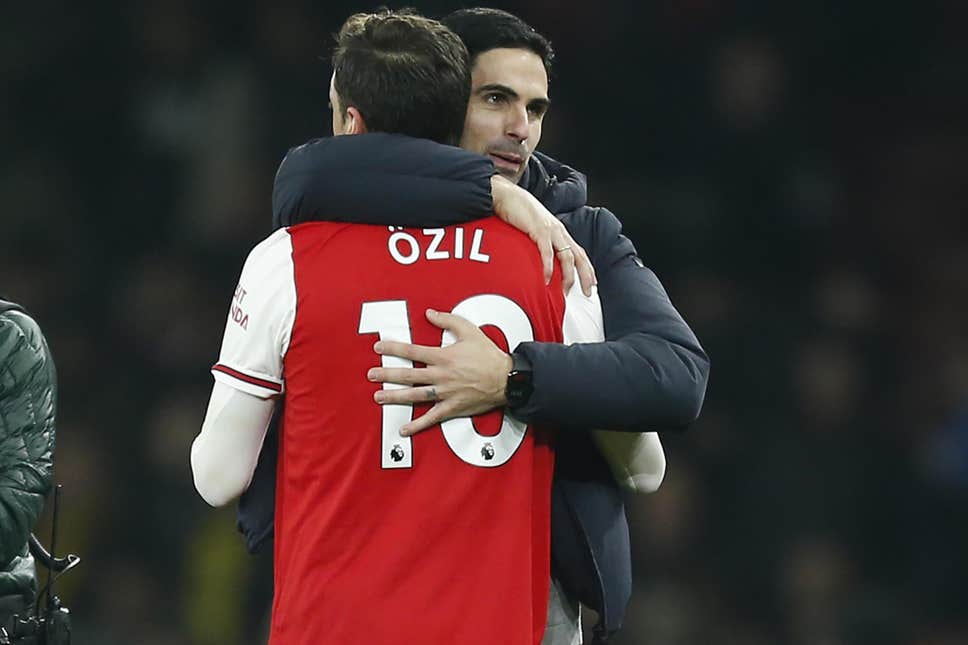 According to Football London, Arsenal manager Mikel Arteta has finally opened up on the future of Mesut Ozil and Sokratis Papastathopoulos and although the Spaniard has admitted it’s a challenge to keep both players motivated, he remains confident they are a vital part of the team.

After signing Thomas Partey from Atletico Madrid for £45million on deadline day and failing to cut down numbers as they would have liked before the closure of the European transfer window, Arsenal couldn’t help but exclude Ozil and Sokratis out of their squad for the Europa League.

Both players are also expected to miss the 25-man party for the Premier League which has to be confirmed on October 20.

During the transfer window, Italian side Napoli showed interest in Sokratis but a move could not be secured whilst Ozil has been aware for some time that he is not part of Arteta’s plans.

Neither have featured in the Premier League for the North London side since the restart of the 2019/20 campaign in June and will both be allowed to leave the Emirates on a free at the end of their contracts if no move is secured in January.

The Gunners boss, however, has no doubt concerning the professionalism and impact of both players in the club although he admits it’s a difficult challenge to keep them motivated with less playing opportunities.

“I don’t doubt the professionalism of the players,” he said. “I already spoke to them and told them. As I said before, for me it was a very difficult conversation.

“The last thing you want is to cut [players] just because of a restriction in the roles to give them the opportunity that if they do well they have the opportunity to play and help us on the pitch. But this is the issue that we have. We knew that before the transfer window.

“We tried to resolve that, tried to get some players opportunities elsewhere. We weren’t able to do that and now it is just trying to keep them motivated, trying to make them still part of what we do and give them support, because when they are not playing – and they are not going to be playing week in, week out – it is a really tough thing.”

‘The gap towards Liverpool is still big’ – Arteta admits despite victory over the Reds
Michael Essien: Thomas Partey is ‘a very complete midfielder’ Arsenal have needed for a long time