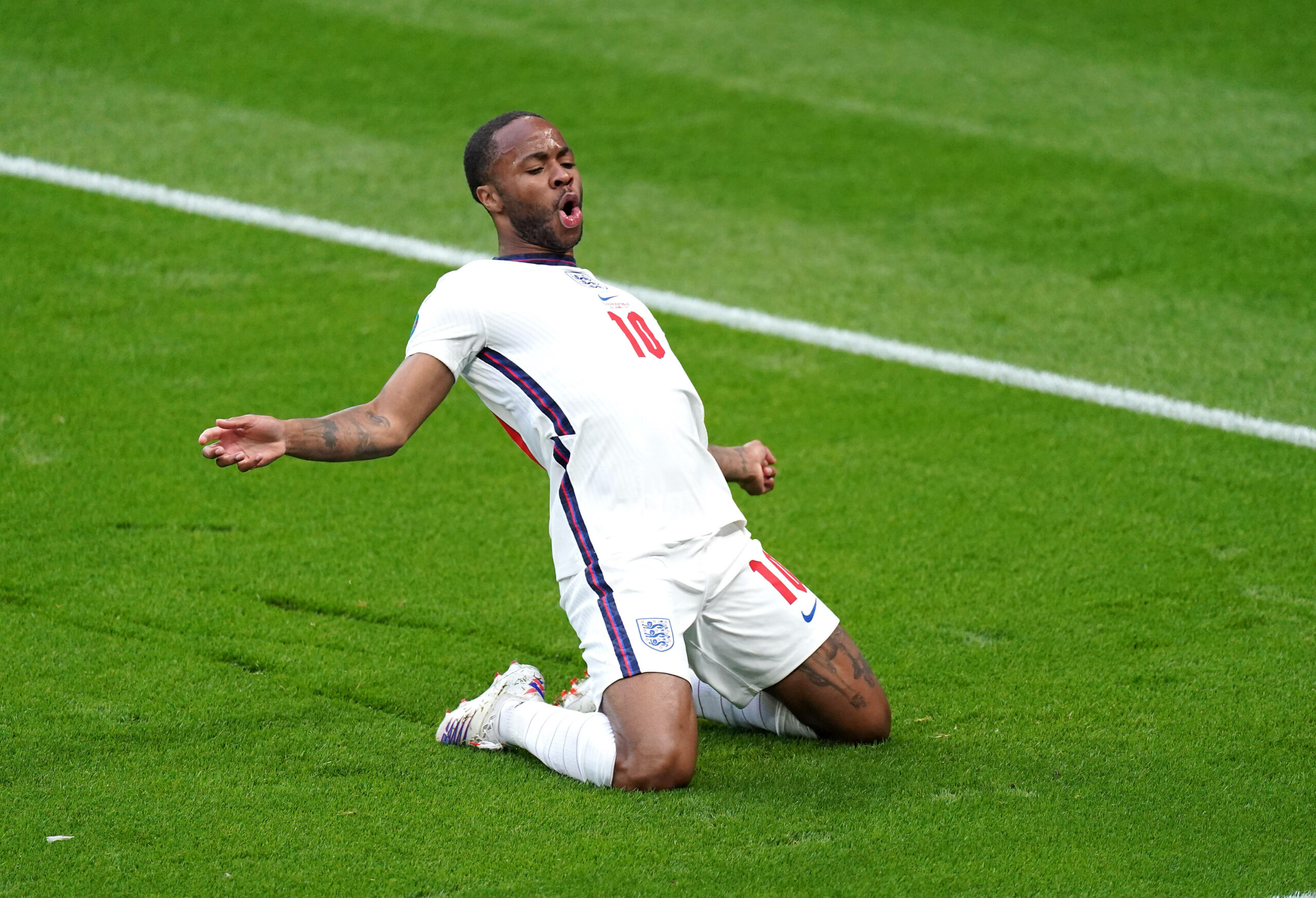 It’s crunch time at the European Championships, with the knockout stage underway. This is when things get REALLY interesting.

At this point, performance means virtually nothing. It’s all about the result. One moment of quality, one mistake, one lucky bounce – that could be the difference between progression and elimination.

Here are the main takeaways from last week’s action.

Not many English fans wanted Raheem Sterling in the starting XI, and it wasn’t hard to see why. The winger ended the season in terrible form, while the likes of Jack Grealish and Jadon Sancho seemed to be performing much better.

But Gareth Southgate stayed loyal to Sterling – a decision that has put him under even more pressure. Even an opening day winner against Croatia wasn’t enough to keep the fans off his back, especially after a blank against Scotland.

Going into the Three Lions’ third group stage game, Sterling was once again on the team sheet, and once again got the only goal of the game. At the time of writing, he is the only player in the England squad to have netted a goal.

Yes, both finishes were fairly simple. Yes, he may not bring as much outside of goals as Grealish and Sancho might. But he’s getting goals, and that’s what’s most important. As a result, he’s quickly becoming one of England’s most important players.

The utter madness of the Group F finale

The term ‘Group of Death’ gets mentioned a lot, but it has never been more appropriate than this instance.

As it turns out, Group F did not disappoint, and Hungary gave it a good go.

Going into the final round of group stage fixtures, it was still all to play for. France were guaranteed qualification, but would have wanted a win to take themselves through as group winners.

Portugal could still top the group with three points, but could also be eliminated if results went against them. Germany could also go out with a defeat, and Hungary needed an unlikely win to progress.

Several Englishmen were also keeping a close eye on the group, knowing that whoever finished second would face them at Wembley in the round of 16. Throughout the night, every team was in that second spot at one point.

The first goal came at the Allianz Arena, as Hungary took a shock lead against Germany through Adam Szalai’s header. This left Die Mannschaft at the bottom of the group and going out as things stood.

Shortly afterwards, Portugal got themselves ahead when Cristiano Ronaldo struck from the penalty spot after Hugo Lloris’ foul on Danilo Pereira. Now they were top of the group, with France in second.

This lead lasted until just before half time, when France got a penalty of their own. Nelson Semedo was punished for a very soft clash with Kylian Mbappe, and Karim Benzema found the bottom corner, taking France back to the top.

And Benzema notched again not long after the break, latching onto Paul Pogba’s incredible through ball to finish in off the post. Now Portugal were down to fourth in the group, and Hungary were in second.

For 13 glorious minutes, England fans were in dreamland, letting their imaginations run wild at the prospect of having one of the kindest routes to a final ever. This would have made their 2018 World Cup knockout run look like Everest.

But alas, it wasn’t to last. Jules Kounde handled in the box to give Portugal another penalty, and Ronaldo unsurprisingly bagged again to take his personal tally to five. They went back up to second, with Germany now bottom of the group.

Joachim Low’s men found an equaliser through Kai Havertz, which now took them back to second place. But this joy was brief, as Hungary scored straight from kick-off. Szalai floated a ball over for Andras Schafer, who headed past Manuel Neuer.

Going into the closing stages, Germany needed an equaliser to avoid a second successive group stage exit, while Hungary were on course for an unlikely progression to the knockout stages.

Both games finished 2-2, ensuring that France finished top, with Germany in second and Portugal in third. It was cruel on Hungary, who had been dealt a tough hand and managed to give a good account of themselves, but they can take pride in their performances.

Belgium, Italy, Netherlands – three sides who were heavily praised for their performances in the group stages. Three teams who were now expected to go far in the competition.

They were the only three sides to take maximum points from their group, and they were also the three top scorers.

As it turns out, group stage joy doesn’t always translate into knockout success.

Italy were the first of the three in action, going up against Austria in a game that they were heavily fancied to win. They progressed, but needed extra time to do so.

Heck, they may have even gone out had Marko Arnautovic’s goal not been ruled out by VAR because of a very tight offside.

Then came Netherlands, who faced Czech Republic in their round of 16 tie. The Oranje ended up on the wrong end of a shock 2-0 defeat, thanks to goals by Tomas Holes and Patrik Schick.

And finally, there’s Belgium. They played Portugal in the headline fixture of the round of 16. They won 1-0 thanks to a screamer by Thorgan Hazard, but created little of note outside of that.

They won the game and that’s ultimately what matters most, but it was far from their free-flowing best. To make matters worse, star man Kevin De Bruyne had to be substituted with an ankle injury.

The tournament seems to be more open than ever. Every team still involved has had at least one below-par game. Every team is capable of slipping up.

There aren’t any unstoppables left in the competition. It’s shaping up to be a fascinating knockout stage.

There’s plenty more knockout action on the way. Croatia and Spain clash in Copenhagen, while France face Switzerland. Both of those kick-off later today.

And then tomorrow, the round of 16 concludes. First up is a huge meeting between England and Germany, which precedes the match up of Sweden and Ukraine.

There’s a two-day absence of Euro 2020 football after that, but the competition soon returns at the quarter-final stage.

Belgium vs Italy is already looking like the most enticing fixture, while Czech Republic and Denmark will also face off for a place in the final four. The other two quarter-finals are yet to be determined.

Meanwhile in South America, the knockout stages are just about to begin. Group A ends tonight, and then it’s quarter-final time.

The final eight have already been determined. Argentina, Paraguay, Chile and Uruguay will progress from Group A, while Brazil, Peru, Colombia and Ecuador qualified from Group B.

Who they play, however, is still undecided. Whatever the case, it should be a good watch.