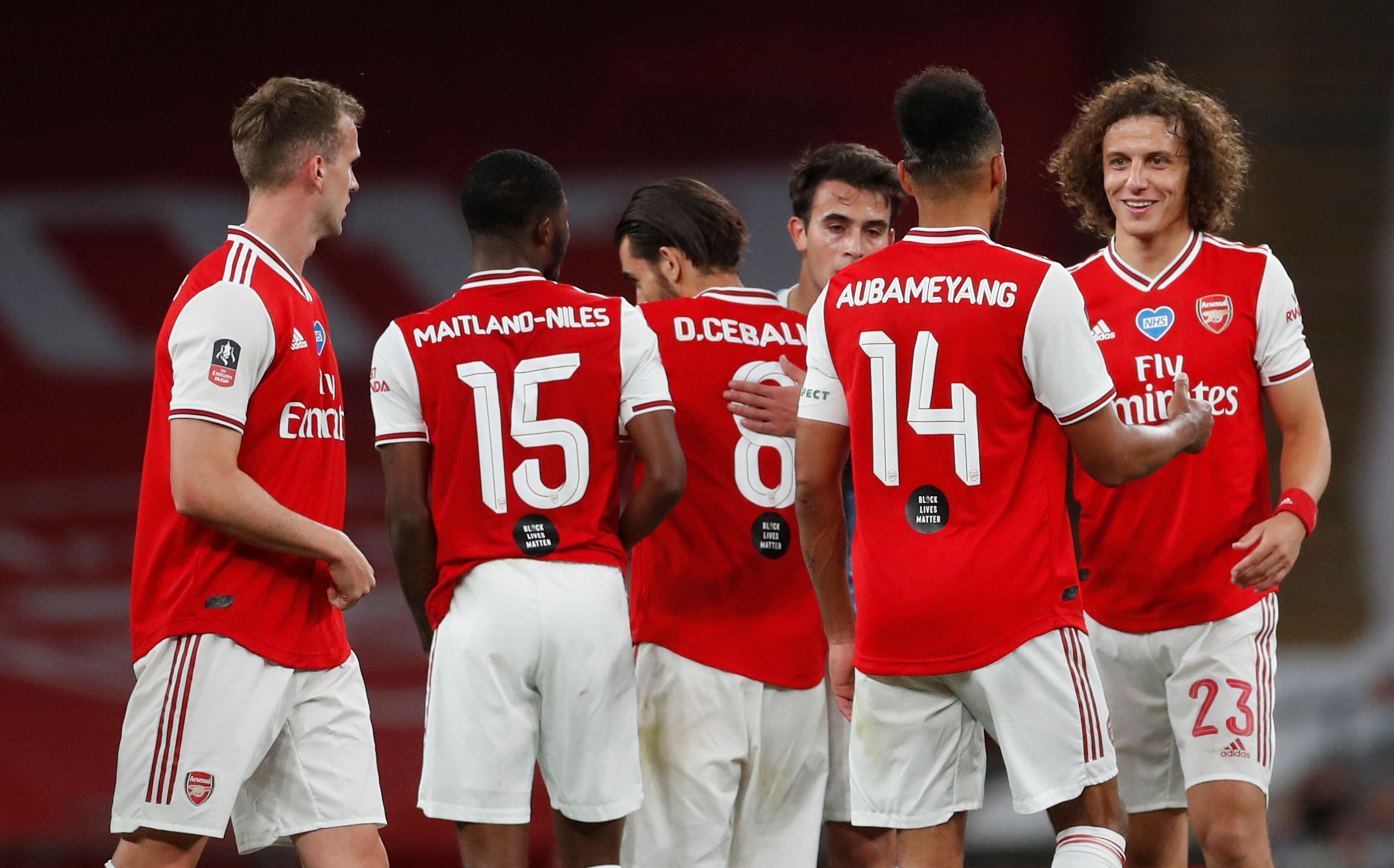 Arsenal came up with one of their best performances of the season on Saturday as they got the better of Manchester City in the semi-final of the FA Cup at the Wembley Stadium.

The Gunners had gone into the game on the back of a morale-boosting win over Premier League champions Liverpool, but they were still doubts whether they could repeat the performance against Pep Guardiola’s side.

The north London side had lost seven games on the bounce to the Cityzens prior to the Wembley meeting, but they managed to end the wretched streak with a 2-0 win, much to the surprise of many.

Pierre-Emerick Aubameyang answers his critics: Aubameyang has often received criticism from the pundits for failing to turn up in the big games, but he produced a superb display at Wembley. The Gabon international squandered an early scoring chance after he was put through on goal by David Luiz, but made amends moments later with a shot with the outside of his right foot which beat Ederson at the far post. In the second half, Aubameyang got the solitary chance to counter-attack after a delightful left field pass from Kieran Tierney and he took the opportunity with both hands to slot his shot through the legs of Ederson in the 71st minute.

Arsenal reach record 21st FA Cup final: The north London side have made it a habit to play in the FA Cup final in recent times and they will make their fourth appearance in seven years. Considering their recent league fortunes, the club will carry the underdog tag into the final against either Chelsea or Manchester United on August 1, but their Premier League rivals won’t be underestimating them. The Gunners previously faced the Blues in the last stage of the competition in 2017 where they registered a 2-1 win. They previously contested the Red Devils in the final 15 years ago where they clinched the trophy through a penalty shoot-out.

Defensive displays: The Gunners have often taken the lead under manager Mikel Arteta this year only to squander the advantage through defensive lapses. They have continued to remain the odd errors such as the goal gifted by Sead Kolasinac during the 2-1 defeat at Tottenham Hotspur. In the past two games against Liverpool and City, they have been pretty resolute at the back and David Luiz has led the way with a number of clearances in the box. Luiz’s Gunners career seemed under serious doubt after the horrendous league showing against City last month where he was guilty for conceding two goals and getting himself sent off. However, he has turned it around with standout defensive displays of late.