Finishing fourth with a ticket to Europa League will be glamorous to most of the clubs, but not for the Tottenham last season. Once flirted with the title, the hope diminished with Harry Redknapp’s rumours. Now Harry is gone, so will Luka Modric soon. Daniel Levy put his bet on Andre Villas-Boas to reproduce his success at Porto with this decent group of players and deliver Champions League football back to White Hart Lane.

New Signing: Daniel Levy neutralised the instability brought by Modric’s transfer rumours by stealing Sigurdsson from Liverpool’s hand. The Icelandic midfielder is of no stranger to English football, enduring previous spells at Reading and Swansea. Modric is a better tempo-controlling midfielder, while Sigurdsson plays a more adventurous style, leading to his outstanding scoring performance. He could also play behind a lone striker, offering extra flexibility to Tottenham. This acquisition is absolutely ideal to a team with striker-crisis. Vertonghen will be filling up the void left by Ledley King and is projected as another goal-scoring defender as Vermaelen. 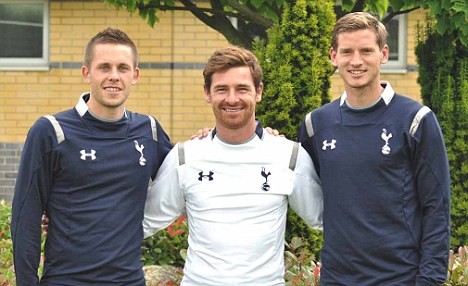 Goalkeeping: Brad Friedel shines despite entering the dawn of his career. His dip in form approaching the end of last season, though, has to be addressed. Heurelho Gomes is too eccentric to rely on. Frenchman Hugo Lloris will be a decent long-term option to stabilise Tottenham’s defence, but his price tag will still be an obstacle.

Defence: If high defence line remains as AVB’s preference, Michael Dawson and Jan Vertonghen emerge as the handy choices at centrebacks, although Dawson’s health and Vertonghen’s adaptability remain questionable. Steven Caulker will hope to repeat Kyle Walker’s success after a solid season on loan at Swansea. His opportunity is opened up by the aging Gallas and shaky Bassong. Younes Kaboul provides cover at centreback and right back. Kyle Walker and Benoit Assou-Ekotto will be the automatic choice at fullbacks, but the latter maybe exposed more often under AVB’s philosophy of defence. Danny Rose failed to impress during the Olympics. His bench position could be hacked by the young utility man Kyle Naughton.

Midfield: This is an area Tottenham is most proud of, with or without Modric. Gareth Bale, Aaron Lennon and Rafael van der Vaart combined for 23 league goals in 2011/12. In the third season the trio has teamed up, they will be missing Modric but continue to be supported by a solid group of midfielders. Sigurdsson is the immediate replacement of Modric. The more defensive Sandro and Livermore impressed last season and will carry more responsibilities now, as Scott Parker suffers early season injury. The all-rounded Tom Huddlestone and Jermaine Jenas will fight for their first team kits, so as dead-ball specialist David Bentley. However, their chances may potentially be hampered by the arrival of Yann M’Vila or Joao Moutinho following Modric’s departure.

Attack: Tottenham is likely to start the new season with only two strikers on the book — Jermain Defoe and young Harry Kane. The recruitment of Emmanuel Adebayor and Salomon Rondon did not go as planned. Even they are playing 4-2-3-1 and treating Europa League as a secondary competition,  acquiring a striker, preferably of notable size, is still ranking at the top of the agenda. 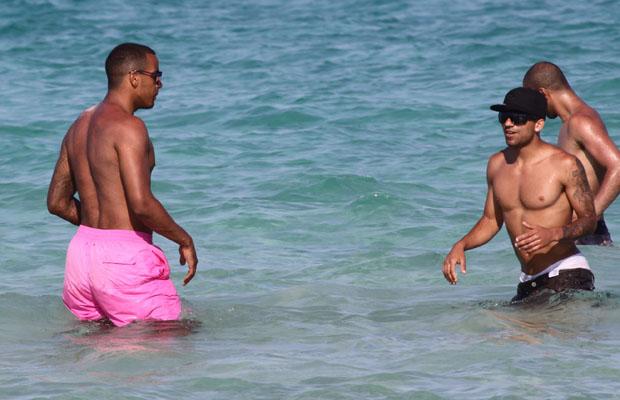 Player to watch: Tom Huddlestone’s contribution to Tottenham has been severely limited by injuries, but his potential has never been doubted. His passing range and long  shots are of top notch, but he is never comfortable at the defensive role being assigned, despite his physical strength. With Modric leaving, the more advanced central midfield position is opened up. It will be the perfect timing for Huddlestone to repay his club’s faith.

X-Factor: Entering the seventh season in Tottenham, Aaron Lennon has established as the definite choice at right wing, but his development has stalled in recent years. His passes are often of poor timing, which has limited him into a single-dimension winger, who is often trapped by a double-team. If he can improve in this category, he can pair up with Kyle Walker to form a threatening force down the right and further expand the width of Tottenham attack.

Predict Game Results To Win Trip To Hollywood With Vinnie Jones
Premier League Relegation for Aston Villa in 12/13: Going Down With The Villa!