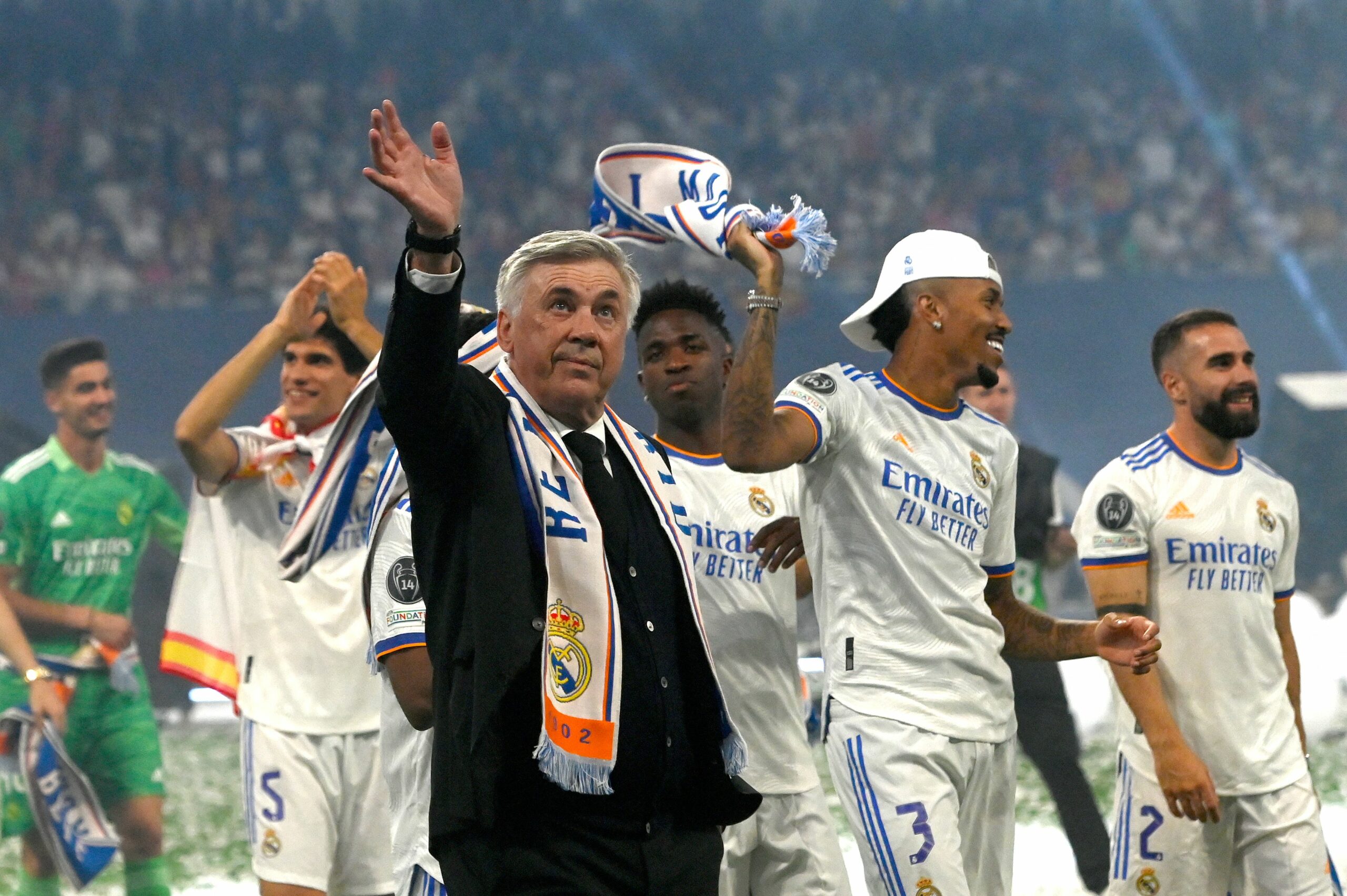 Madrid have been crowned the Champions League winners for the first time since Cristiano Ronaldo’s departure in 2018. However, they found a new talisman in Karim Benzema.

The Frenchman enjoyed a remarkable individual campaign in both Europe and La Liga, setting numerous records en route to earning a status as a top Ballon d’Or candidate.

Picking a standout player in this season’s competition was pretty much straightforward.

It has been years since Ronaldo, Lionel Messi and Robert Lewandowski looked so far away from claiming any individual honour in Europe’s most prestigious competition.

Indeed, Benzema was miles ahead of his peers, carrying Madrid to a record-extending Champions League title pretty much on his own.

The 34-year-old soaked up the limelight as the competition’s headline performer after tallying a staggering 15 goals, including a record-equalling ten in the knock-out stages alone.

He was a talismanic figure for Los Blancos, helping them achieve some of the most sensational comebacks in the competition’s history.

Even though he failed to score in the final, his back-to-back hat-tricks against Paris Saint-Germain and Chelsea will go a long way in his resume.

After ousting PSG, Chelsea and Manchester City en route to the Paris showpiece and beating Jurgen Klopp in the title decider, Ancelotti now stands alone in the pantheon of managerial greats.

The 62-year-old won a career-defining fourth Champions League trophy to go alone at the top of the most successful managers in the competition’s history.

So it is impossible to make a case for any other manager to beat the famous Italian tactician to the award.

Hats off to mister Ancelotti.

Bayern Munich strolled to a top-place finish in Group E with all six victories and 22 goals scored, including Lewandowski’s piece of art against Dynamo Kyiv on Matchday 5.

The Pole’s acrobatic bicycle kick on a snowy night in Ukraine’s capital was an absolute highlight of this season’s Champions League group stages.

With all due respect to Kylian Mbappe’s blistering solo goal against Madrid in the last-16 and Benzema’s thumping header against Chelsea in the quarter-finals, Lewandowski’s goal against Kyiv deserves the prize.

It’s not every day you see a Champions League semi-final produce a seven-goal thriller, but that night at the Etihad Stadium was one of those.

The first leg of a mouth-watering last-four tie between Man City and Madrid made headlines as one of the most spectacular nights in recent Champions League history.

Pep Guardiola’s men were 2-0 up only 11 minutes into the game as Kevin De Bruyne and Gabriel Jesus notched up a quick-fire double to give City what many considered a tie-breaking lead.

Benzema halved the Cityzens’ advantage before half-time. But Phil Foden restored a two-goal cushion only eight minutes after the interval.

Action was back-and-forth throughout the second half as Vinicius Junior, Bernardo Silva and Benzema scored in that order to leave the tie open ahead of the second leg in Madrid.

Premier League season review: Who ran the show in 2021/22?
Darren Bent offers his view on Liverpool’s interest in Paul Pogba