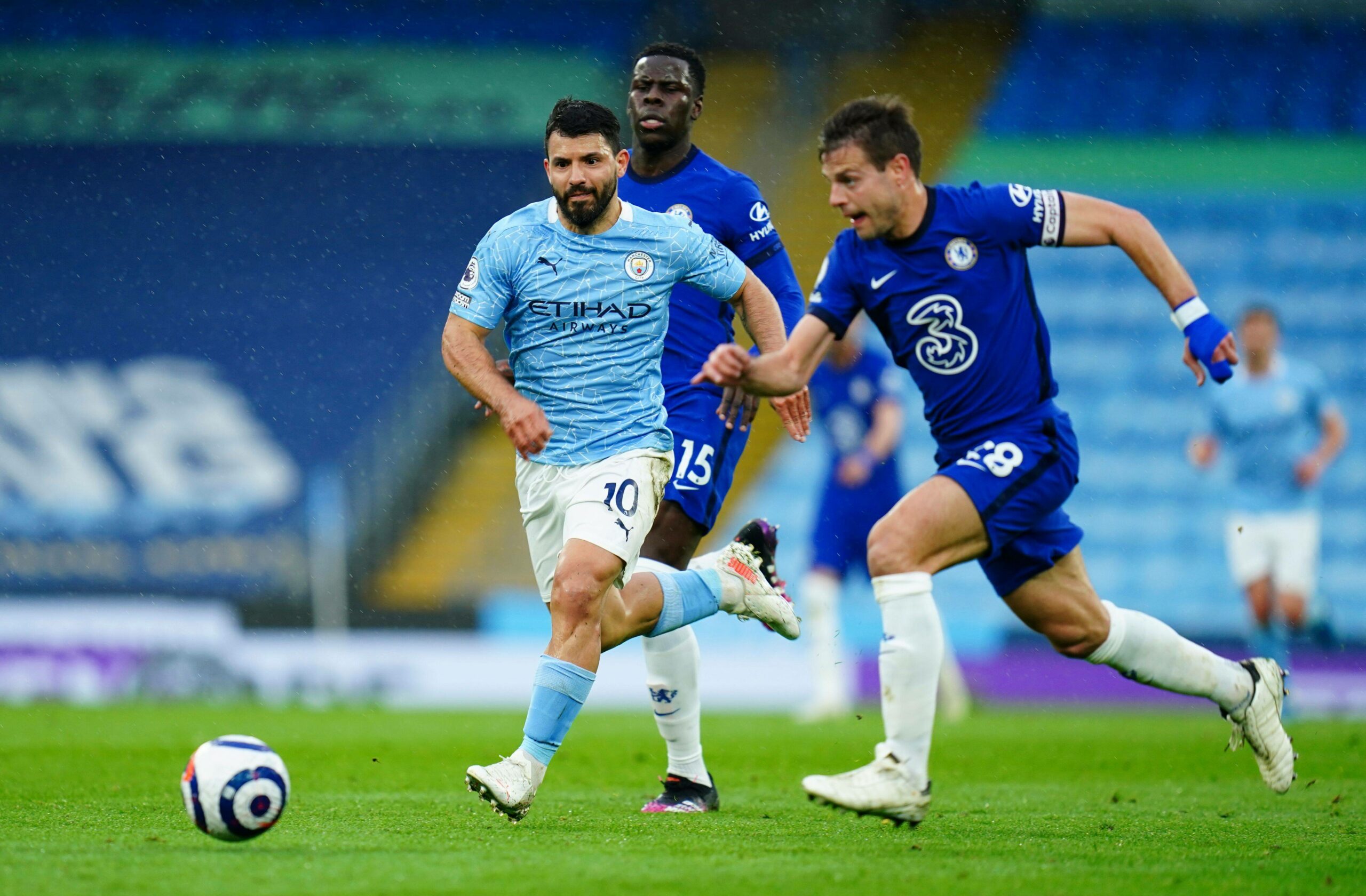 Newly crowned Premier League champions Manchester City will battle it out with fellow English club Chelsea for European football’s biggest trophy on May 30, 2021.

Both the clubs topped their respective groups in the Champions League to wade their way into an all-English final.

Here’s a look at the last five meetings between the two sides before their showdown clash at the Estadio do Dragao in Porto, Portugal.

Departing City striker Sergio Aguero had a night to forget as the Argentinean made a mess of a Panenka penalty at the Etihad Stadium to hand Chelsea a crucial win.

Chelsea capitalised on the miss when Cesar Azpilicueta set up Hakim Ziyech to bring the score level.

Chelsea shattered City’s hopes of winning a historic quadruple when they ousted Guardiola’s men out of the FA Cup by securing a 1-0 win in the semifinal at Wembley.

In the week leading up to the semifinal, both the clubs had secured their places in the last four of the Champions League.

Guardiola had his eyes set on a quadruple as they were topping the Premier League table and also had to face Tottenham Hotspur in the final of the Carabao Cup at Wembley Stadium on April 25.

Tuchel had other ideas, however, as the Blues went on to secure a place in the final when Ziyech converted a Werner pass in the 55th minute.

City were at their attacking best as a ruthless performance away at Stamford Bridge piled on the pressure on then Chelsea manager Frank Lampard.

City’s squad was diminished of many first team stars courtesy of a coronavirus outbreak at the club. Guardiola’s men remained unforgiving nevertheless by scoring three goals in a span of 16 minutes in the first half.

The deadlock was broken by a neat finish from Ilkay Gundogan before young star Phil Foden doubled the visitors’ lead three minutes later after capitalising on superb work from playmaker Kevin de Bruyne.

The Belgian got his name on the scoresheet as well with a close-range finish.

Chelsea attacker Callum Hudson-Odoi pulled goal back in stoppage time but it was too little too late.

The result put City fifth on the table, four points behind Liverpool and Manchester United.

Chelsea once again spoiled the party for City as the 2-1 win at Stamford Bridge crowned City’s fellow title-chasers Liverpool the champions of England for the first time in 30 years.

Before a ball was kicked, City knew that only a win in London would suffice as a loss would guarantee Liverpool as the new Premier League champions.

The loss left Guardiola’s men 23 points behind Liverpool with seven games to play.

Christian Pulisic’s goal of the season contender was cancelled out by a brilliant Kevin de Bruyne freekick.

But with 12 minutes left on the clock, City’s Fernandinho handled the ball resulting in a penalty which was confidently dispatched by Willian.

Reigning Premier League champions City came from behind to beat an in-form Chelsea side at the Etihad Stadium.

Frank Lampard’s Chelsea were on an impressive run of seven consecutive away wins. The visitors took the lead when N’Golo Kante put the ball past Ederson in the 21st minute.

City, who had lost their last league tie, were staring at a 12 points gap between them and table toppers Liverpool.

City’s Algerian star Riyad Mahrez’s strike after 37 minutes proved to be the winner as both the teams played out the second half without scoring a goal.

“It does feel like a dream” – Phil Foden on playing in the Champions League final
Tactical Preview: Manchester City and Chelsea’s titanic battle in the UEFA Champions League