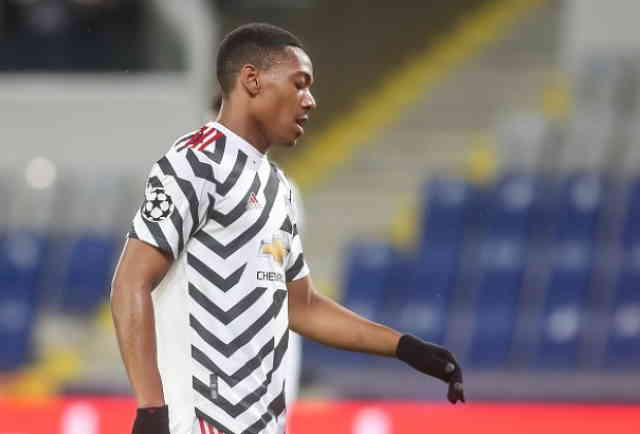 Manchester United return from Turkey to travel to Goodison Park this Saturday lunchtime to face Everton in the Premier League.

We are looking to bounce back from our 2-1 loss away to Istanbul Basaksehir in the Champions League, having previously made an excellent start in Group H.

Everton themselves made an excellent start to the 2020-21 Premier League season with four consecutive victories, but have picked up just one point from three games following the international break. That was a controversial 2-2 draw in the Merseyside derby, prior to defeats away to Southampton and Newcastle United.

Victory for us this weekend would likely move us up the table but would not be enough to get us into the top half.

Here’s the team I think Ole Gunnar Solskjaer will start at Goodison Park:

Goalkeeper: David de Gea
Dean Henderson was given a rare opportunity midweek but I can’t see him retaining his place. David de Gea was given a rest if anything and hasn’t been playing badly of late.

Defence: Aaron Wan-Bissaka, Axel Tuanzebe, Harry Maguire, Luke Shaw
Alex Telles is self-isolating so Luke Shaw will keep his place at left-back. Eric Bailly and Phil Jones are ruled out indefinitely whilst Victor Lindelof remains a doubt with a bad back that saw him miss our trip to Turkey. This all means we could start the same back four for a second game in a row, which includes Axel Tuanzebe at centre-back.

Midfield: Scott McTominay, Fred, Mason Greenwood, Bruno Fernandes, Marcus Rashford
Scott McTominay and Fred should replace Nemanja Matic and Donny van de Beek in front of the back four. Everton have a good central midfield themselves with James Rodriguez, Allan and Abdoulaye Doucoure for us to deal with. Bruno Fernandes will keep his place in the starting lineup, whilst Mason Greenwood should come in for Juan Mata down the right. This would mean no Paul Pogba in the starting XI once again. Marcus Rashford will revert back to his left wing role with Anthony Martial back from his domestic suspension.

Striker: Anthony Martial
Anthony Martial grabbed our consolation midweek and should keep his place in the team after completing his three-match ban. Both Martial and Rashford starting means we move back to a 4-3-3 formation as oppose to our recent 4-4-2 diamond.

Dean Smith has refused to be distracted as Aston Villa maintain their perfect start to the season
The Premier League Returns – My Team Of The Week!