Are Juventus now out of the Serie A title race? 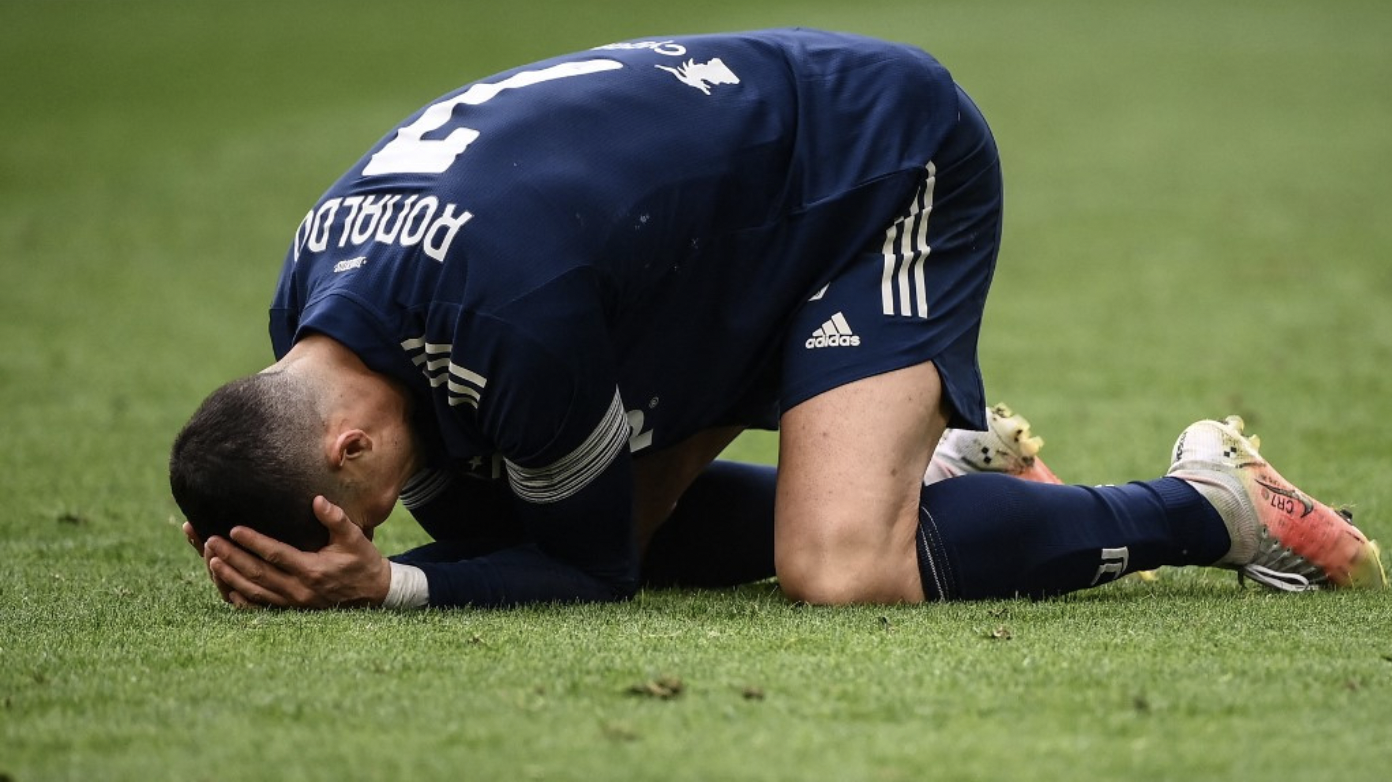 Andrea Pirlo may have suffered the most embarrassing loss of his young managerial career as Juventus were beaten 1-0 at home by minnows Benevento on Sunday.

Defeat leaves the Old Lady 10 points behind leaders Internazionale with only 11 games remaining.

Adolfo Gaich capitalised on a misplaced pass from Arthur across his own penalty area before producing a fine finish for the game’s only goal midway through the second half. Benevento are playing in only their second-ever Serie A campaign, following their debut in 2017-18.

The goal was the visitors’ only shot on target all game as Juventus dominated proceedings with 74% possession and 21 shots on goal. Unfortunately for Pirlo, the likes of Cristiano Ronaldo, Alvaro Morata and Federico Chiesa couldn’t unlock the stern defence put together by former Juventus striker Filippo Inzaghi.

Inter are now the overwhelming favourites to wrap up the title for the first time since 2010 with local rivals AC Milan the only side who can realistically stop them. I Rossoneri themselves are six points behind though, and have played a game extra.

Antonio Conte won three successive Scudetto’s with Juventus between 2011-14 before taking on the national team role and later Chelsea in the English Premier League. He returned to Serie A for the 2019-20 campaign and initially looked to be Juventus’ biggest threat for the title before his Inter side fell away in the second half of the season.

With more money spent last summer and a full year under his belt to gel his squad, this is the best chance Inter have had of becoming Italian champions again for the first time in over a decade.

The £58.5 million signing of Romelu Lukaku in 2019 is the fourth most expensive Serie A transfer in the league’s history, and only the man number one on that list, Cristiano Ronaldo, has more goals (23) than the Belgian (19) so far this season.

Lukaku is proving to be worth every penny and has formed a formidable partnership in attack with Lautaro Martinez. And whilst both are involved in scoring and creating goals, they have a lot of playmakers behind them too. Marcelo Brozovic and Nicolo Barella in central midfield setup a number of chances, whilst Achraf Hakimi has been an excellent signing at wingback.

Manager Conte is spoiled for choice when it comes to several positions on the pitch, particularly in central midfield where Arturo Vidal has only made 14 league starts so far this campaign, and Christian Eriksen nine.

Andrea Pirlo isn’t short of options himself at Juventus and should the club legend remain in charge for the start of next season, don’t be surprised if he’s given a nice transfer budget to reinvest in his squad this summer.

Aside from Ronaldo, the record champions of Italy have really struggled to find another goalscorer this season. Striker Morata only has seven and forward Chiesa, six. Paulo Dybala has made just eight Serie A starts this campaign and neither Arthur nor Dejan Kulusevski have been particularly impressive.

The 16 victories in 27 games puts them on pace to have fewer wins than any of their past nine seasons, whilst the exit to FC Porto in the Round of 16 of this season’s Champions League already has many fans questioning whether they need to appoint a new man in the dugout over the summer.

Does this mean the Milan giants can compete for the 2021-22 Serie A title too? Whilst it’s very early to predict what will happen between now and the start of next season, both Italian giants are preparing themselves very well for the next couple of campaigns with the investments they have made in recent transfer windows.

More in Serie A