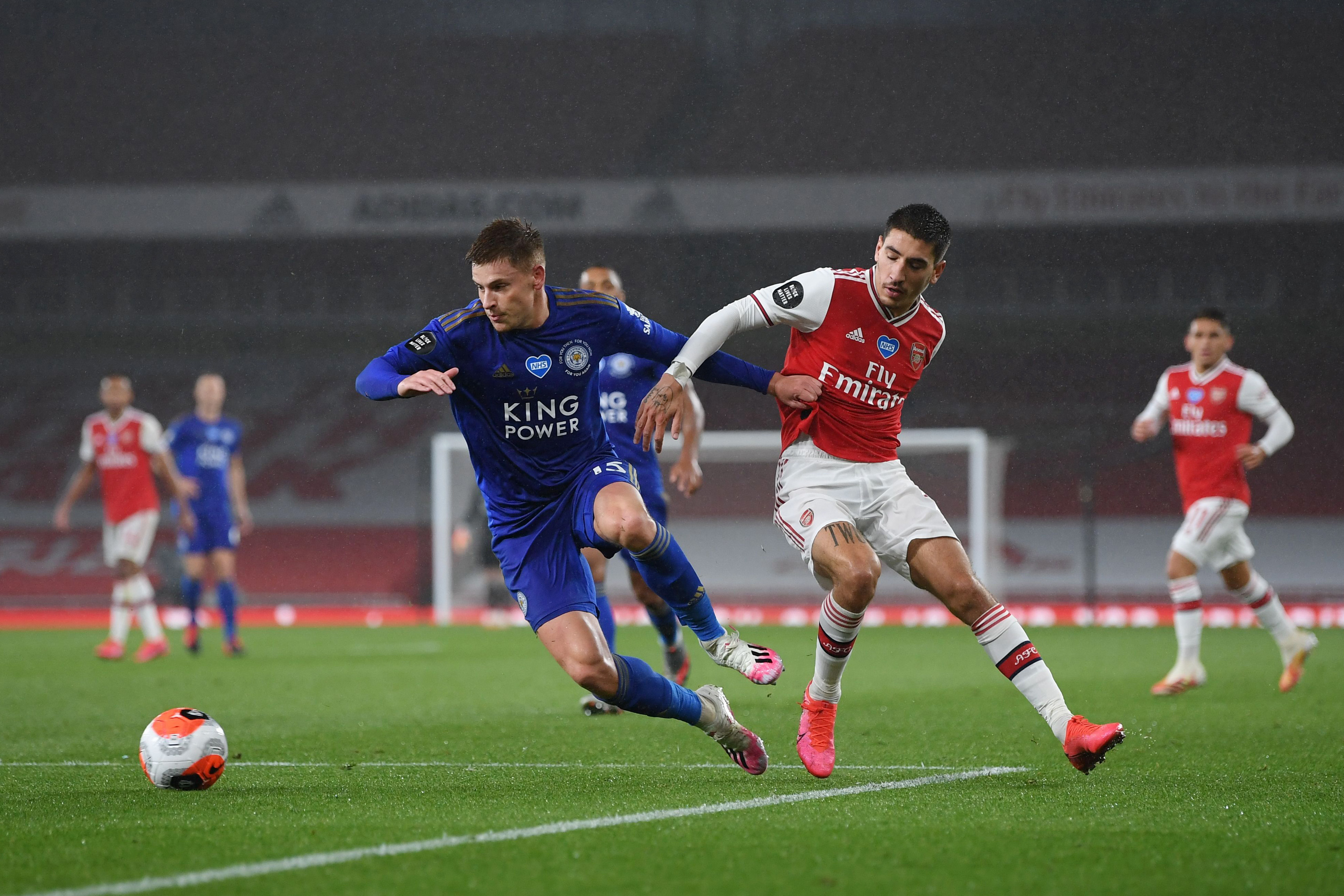 Arsenal and Leicester City settled for a share of the spoils during the recent Premier League clash at the Emirates Stadium. The Gunners were the dominant side during the course of the opening half and they managed to score through Pierre-Emerick Aubameyang in the 21st minute and preserved their lead until half-time.

Following the interval, the north London side showed the intention to defend their slender advantage, but they were unable to do so as they conceded a late equaliser. Substitute Eddie Nketiah was sent off in the 75th minute through a VAR check following his reckless challenge on James Justin.

That paved the way for the Foxes to come back into the game as Jamie Vardy scored the levelling goal in the 84th minute. The Englishman bagged his 10th goal from as many meetings against the Gunners and may have ended their prospects of Champions League football.

Arsenal’s second-half displays: Under manager Mikel Arteta, the north London side have often started with great energy and work rate, but they have been unable to replicate the performance in the second half of games. There has been the effort to preserve the lead rather than building on the advantage, and that eventually cost them against the Foxes. In a number of matches, the Gunners have managed to dominate the opposition during the opening half, but have lacked the cutting edge in the final third to take a sizeable lead into the break.

Leicester’s top-four bid: The Foxes’ form has been pretty average since the turn of the year and they have won only four of their 14 league games in 2020. As a result, they have been slowly caught by the chasing pack. Should Manchester United win their game in hand over Aston Villa, they would move within one point of the Foxes for the fourth spot. Brendan Rodgers’ side are scheduled to host the Red Devils in the final matchday and the race for the final Champions League place could go down to the wire. Meanwhile, the fifth position could yet offer a route into the competition, suppose Manchester City are unable to overturn their European ban.

The Golden Boot race: The top-two scorers for the season came head-to-head on Tuesday night. While Aubameyang registered his 20th goal of the Premier League campaign, Vardy extended his tally to 22 with the equaliser. Aubameyang was the joint Golden Boot winner alongside Mohamed Salah and Sadio Mane last term and it appears that there could be another close tussle for the award this season. Salah recently bagged a brace in Liverpool’s 3-1 win at Brighton & Hove Albion. He is now right behind the duo with 19 goals for the campaign.

Why Does Nobody Care About Tranmere?
Premier League preview: Tottenham Hotspur vs Arsenal