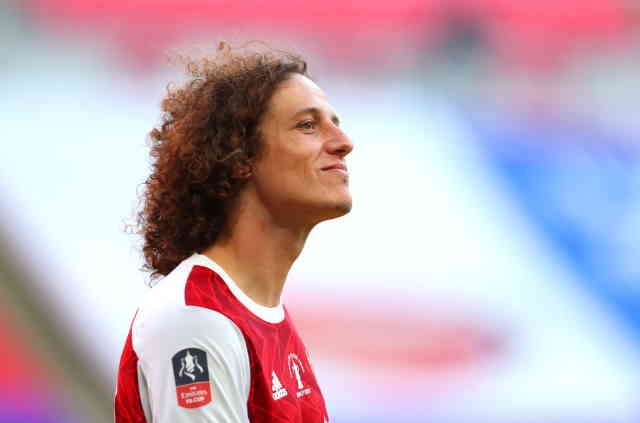 Defending hasn’t been Arsenal’s strength over the past four Premier League seasons and has been the main focus of manager Mikel Arteta so far during the transfer window.

The Gunners completed the £23 million signing of Gabriel Magalhaes from Lyon last week, whilst Pablo Mari and Cedric Soares joined permanently at the start of the window, having been on loan since January.

Arteta will also have 19-year-old Wililam Saliba available this season, after last summer’s signing spent the 2019-20 campaign back on loan at St Etienne.

Both Hector Bellerin and Kieran Tierney are set to start the new season fit, after missing much of the last campaign through injury. The Spaniard made only 13 Premier League starts at right-back, and last summer’s signing Tierney just 12.

However, Arsenal will start the new season without as many as four defenders when they travel to newly-promoted Fulham in the opening game of the 2020-21 Premier League season in Saturday’s lunchtime kickoff.

David Luiz is set to miss out on the trip across London with a neck injury. The Brazilian signed a new one-year extension at the Emirates earlier this year as the 33-year-old is set to be a regular in defence for Arteta.

The Spanish manager employed a back three for much of the end of last season, including the FA Cup final victory over Chelsea. Luiz and Gabriel are certainly expected to be starters this season though won’t be able to start their first game together this weekend.

A potential replacement for David Luiz for the trip to West London would have been Pablo Mari after the Spaniard started a handful of games at the end of last season. However, the arrival from Flamengo is sidelined with an ankle injury. Mari is expected to be back in full training before the end of the month.

Shkodran Mustafi was once a big money signing by Arsene Wenger but has fallen down the ranks at the Emirates in recent times. The German international won’t even be given a chance to prove himself in the season opener as he is suffering from a hamstring injury. The 2014 World Cup winner is hoping to return to full training in October.

The fourth defender absent is Calum Chambers. His versatility means he could have been an option at both centre-back and right wingback but for a knee injury that has kept him out since December. The club are hopeful the 25-year-old will be back in full training before the end of the year.

Should Mikel Arteta go with his back three on Saturday, Gabriel may be partnered with Rob Holding and Kieran Tierney, with William Saliba the only other out-and-out centre-back another option. Sead Kolasinac is also available, though would be considered a very risky move to play in a back three given he doesn’t defend very well at all.

The only other confirmed absence for Arsenal’s opener this weekend is attacker Gabriel Martinelli. The young Brazilian would not have been expected to start following the signing of Willian, though may have made the bench.