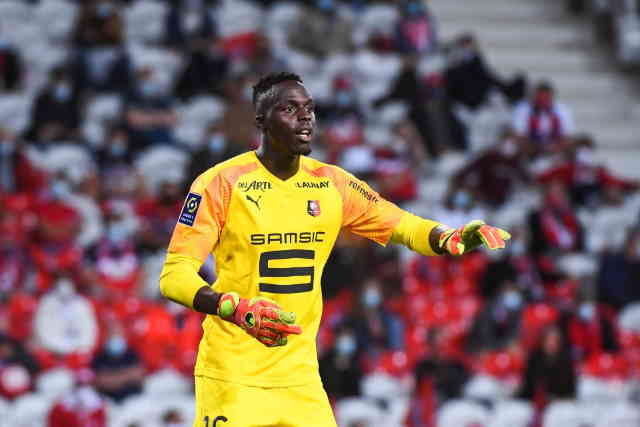 Edouard Mendy is travelling to West London to undergo a medical with Chelsea, according to Fabrizio Romano.

The Italian journalist understands that French Ligue 1 side Rennes have accepted the Blues’ latest offer for the goalkeeper.

It is understood that Frank Lampard has been in the market for a new goalkeeper all summer having seemingly lost faith in club record signing Kepa Arrizabalaga.

The Spanish goalkeeper was axed towards the end of last season following a string of poor performances.

Edouard Mendy has emerged as Chelsea’s first choice target in recent weeks following a great 2019-20 campaign in France where he helped Rennes to a surprise third place finish after 28 games in the disrupted campaign, to qualify for this season’s Champions League.

The 28-year-old conceded just 19 goals in his 24 Ligue 1 starts, keeping nine clean sheets. He did not play in the 2-1 win over Paris Saint-Germain at the start of last season.

Mendy started Rennes first game of the new campaign; a 1-1 draw with Lille, but was left out of the squad that beat Montpellier the following week, amid rumours he was headed to the Premier League giants.

The Guardian have recently reported that Chelsea were getting close to completing an £18.2 million deal after submitting an improved offer for the Senegal international.

It looks as though a deal is very close as Fabrizio Romano understands Rennes accepted Chelsea’s offer and that the goalkeeper is en route to undergo a medical ahead of completing a move to Stamford Bridge.

Romano states that personal terms have already been agreed with Mendy.

It will be interesting to see if Chelsea can wrap the deal up in time for Edouard Mendy to make his debut in their 2020-21 Premier League opener away to Brighton & Hove Albion on Monday night.

Failure to do so could mean Willy Cabellero starts on the south coast, though Kepa is still at the club too.