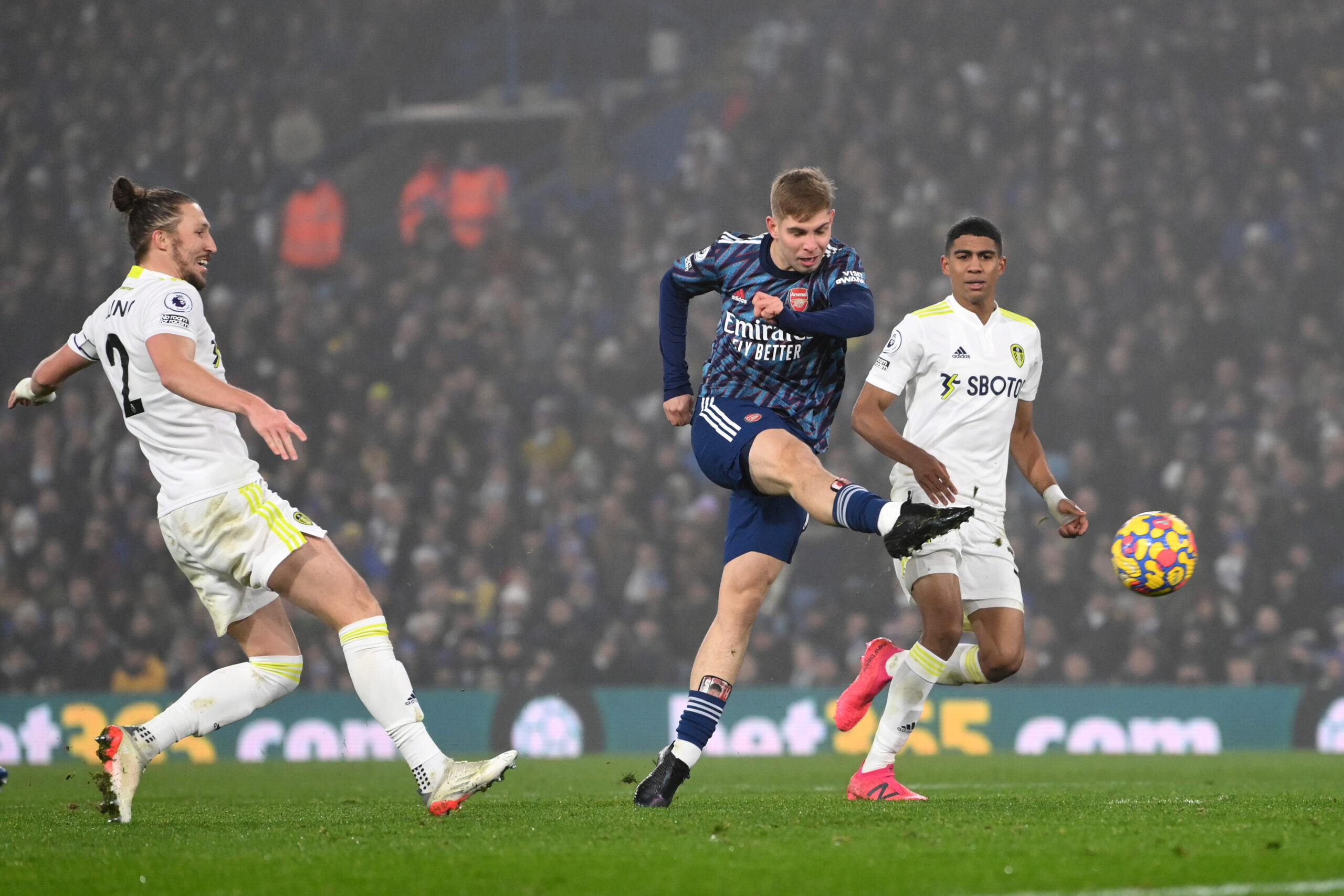 A hard-fought 2-1 victory at West Ham United last time out made it three consecutive Premier League wins over sides starting the day inside the top seven for the first time since 2012 for the Gunners.

Despite leaving Tottenham Hotspur two points behind, Arsenal have no margin for error against bottom-half opposition if they were to land a first top-four finish since 2015/16, with a trip to Spurs coming up next.

Mikel Arteta’s men have developed a habit of living up to their pre-match billing, racking up an eye-catching 79% win ratio in home league fixtures they started as favourites this term.

Arsenal’s imperious home form against sub-par opponents bodes well for their bid to take advantage of Tottenham’s potential slip-up at Liverpool on Saturday, yet Leeds are fighting for their top-flight lives.

Jesse Marsch had inspired the Whites to their longest unbeaten Premier League run of five matches this season (W3, D2) before slipping to a dreadful 4-0 home defeat to Manchester City last time out.

Coming into this matchday, the Elland Road outfit harbour a slender two-point lead on 18th-placed Burnely, who also have a game in hand.

With their Premier League status in jeopardy, Leeds will be desperate to beat the odds and dent Arsenal’s hopes of solidifying their position in a high-octane top-four race.

Arsenal dismantled Leeds 4-1 at Elland Road earlier this season, extending their unbeaten Premier League run against the Yorkshire side to 11 matches (W9, D2).

All competitions included, the Gunners have won their last three encounters against Leeds and could make it four H2H victories on the trot for the first time since 1938.

Arsenal will feel confident about improving their decent average of 1.64 goals scored per home Premier League game this season after founding the net in their last 12 home league meetings with the Whites.

Marsch has improved Leeds’ lacklustre defending as the Whites head into this fixture having kept back-to-back clean sheets on the road after conceding in eight successive Premier League away games beforehand.

But a lack of scoring consistency has seen Marsch’s side net precisely three goals twice in their last six league outings away from home and draw a blank in the other four.

Kieran Tierney and Thomas Partey are ruled out for the rest of the season with injuries, while Arteta admitted in the latest Arsenal news that Ben White ‘is still in contention’ despite his muscle problem.

“Ben White is still in contention so he needs to train tomorrow to make sure that he’s available to play,” he said, as relayed by the Metro.

As for Leeds, Liam Cooper and Stuart Dallas have joined Tyler Roberts, Patrick Bamford and Adam Forshaw on the sidelines.

In other Leeds United news, Kalvin Phillips, who has regained full fitness after a lengthy spell on the sidelines, will anchor the midfield alongside Mateusz Klich.

Every match between this weekend and the end of the season will be ‘make or break’ for both sides and we expect a close, keenly-contested battle.

However, we back Arsenal to capture all three points and take another step to seal a long-awaited top-four finish.