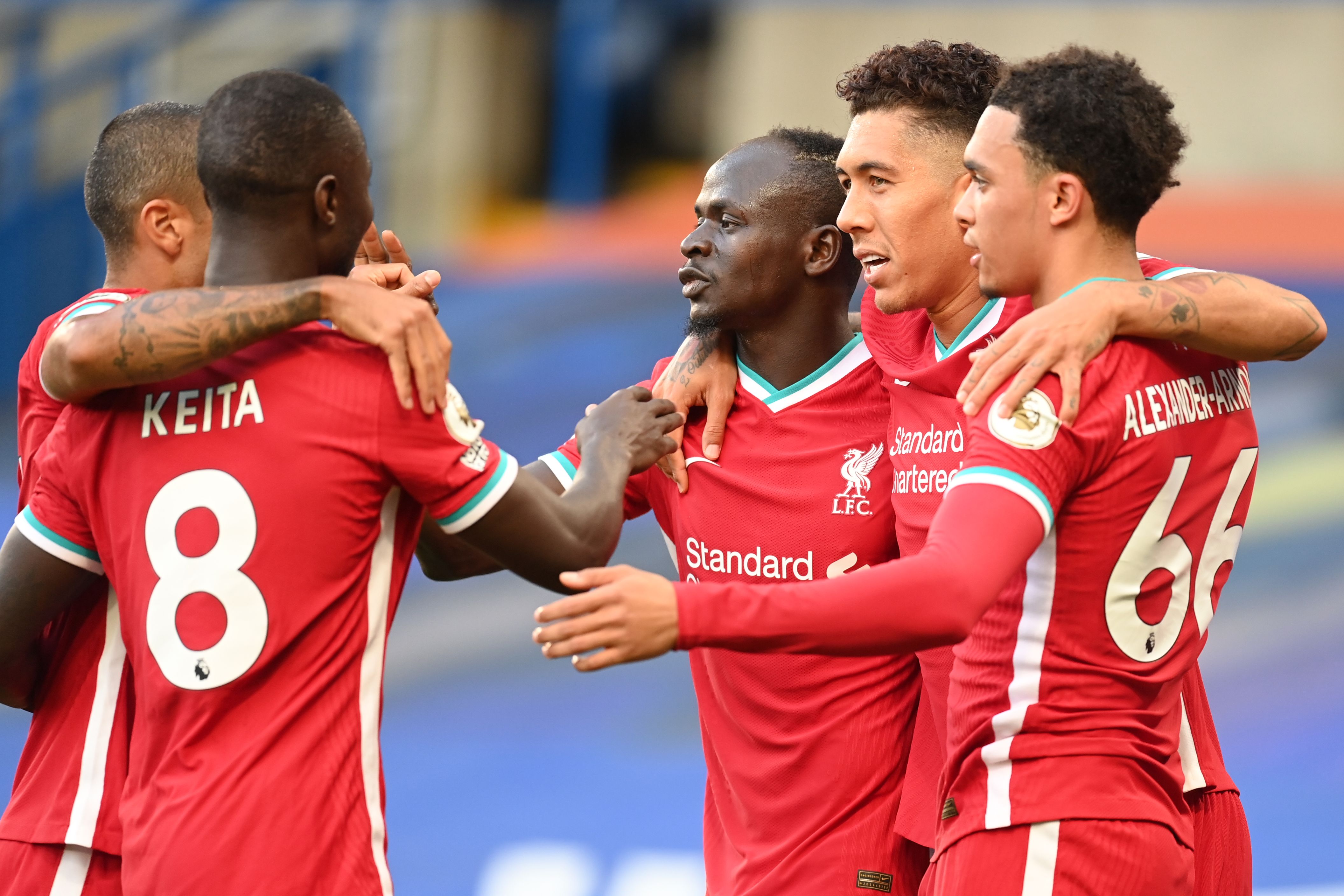 The Reds had a close affair against Leeds United in their season opener, but they eventually came up with a hard-fought 4-3 win.

They were anticipated to have another tough challenge against the Blues, but managed to pass the test with relative ease.

The first-half was dominated by the Reds, but the Blues backline did a credible job in restricting them from finding the net.

However, the Reds went into the interval with a man advantage after Andreas Christensen was sent off for fouling Sadio Mane.

Mane appeared on course to round the goalkeeper to open the scoring, but Christensen stopped him in his stride with a blatant foul.

After the break, Mane was the gamechanger as he scored twice before the hour mark and that pretty much ended the Blues’ resistance.

The Blues’ only realistic chance came via a penalty won by Timo Werner in the 75th minute, but Jorginho missed with the resultant spotkick.

Here are three things we learned from the contest.

Kepa Arrizabalaga’s woes continue: The Blues are currently in the process of recruiting a new goalkeeper in Edouard Mendy from Rennes. Amidst this, Kepa has had a couple of opportunities to prove himself, but he has struggled in both attempts. The Spaniard had the worst save percentage (54.5) among the Premier League keepers, who had made 10 or more starts last term and he has started the current campaign in a disappointing fashion. The 25-year-old made a mistake in the 3-1 win over Brighton last weekend as he let Leandro Trossard’s shot slide under his arm. Things got worse against the Reds as his poor attempt to pass the ball gifted possession to Mane for the second goal of the game. It won’t come as a surprise, if Mendy is drafted straight into the starting XI for the Blues’ away trip to West Bromwich Albion.

Liverpool win again against Chelsea: Liverpool have not had the best of league records against the Blues over the years, but they have made it a habit to secure victories over them. The Merseyside outfit had come into the game on the back of wins in the previous three league meetings and they were able to continue their recent dominance. Jurgen Klopp’s side have yet to find their defensive resolve, considering they were guilty of conceding a penalty in the final quarter of the game, but they were plenty of positives to take from the encounter. Mane opened his goalscoring account for the season with a brace while goalkeeper Alisson Becker should be full of confidence after saving the penalty from Jorginho. Jorginho had a 100 percent success rate from the spot for the Blues prior to Alisson denying him on Sunday.

Timo Werner has another decent outing: Werner could not score his maiden goal for the Blues, but he had another decent outing. The Germany international won a penalty during the 3-1 win over Brighton & Hove Albion last weekend and he managed to replicate the same against the Reds after he was fouled by Thiago Alcantara in the box. Jorginho could not convert the resultant penalty this time around, but Werner can still keep his head high from his showing. The 24-year-old could have quite easily scored his debut goal for the club against either side. He will be hoping to find the back of the net, if he is selected for the midweek League Cup third round tie against Barnsley.