A deflating, disappointing, and quite frankly depressing, performance from Man City today, allowed Chelsea to run out comfortable victors and close the gap on the leaders of the Premier League, Manchester United. A first-half strike from Ghanaian international Michael Essien settled the contest, but in truth, the scoreline flattered City, who created almost nothing and were thoroughly outclassed.

The result moves Chelsea up into second place, just four points behind United, albeit having played one more game, whilst City stay in tenth position, level on points with Tottenham and currently four behind West Ham, who have a game in hand, as they try to push for that elusive seventh position, which would, in all likelihood, catapult them into the Europa League (UEFA Cup).

As miserbale as I am after the result from this game, it is worth remembering that City’s season will not be affected by fixtures such as these, against the top of the table sides, but rather the matches against the so-called ‘lesser’ teams, such as Stoke, West Brom, Bolton, Portsmouth and Middlesborough – encounters that City have all lost away from home this campaign.

Missing crucial first-team members ‘Nifty Nige’ de Jong, Vincent Kompany, Craig Bellamy, Michael Johnson and Martin Petrov, City were always going to be up against the wall, and boss Mark Hughes, once of Chelsea, was down to the bare bones in terms of selection. He chose to stick with the same eleven players who had defeated AaB Aalborg in midweek, with Felipe ‘Hugh Jarse’ Caicedo holding off the threat of Ched Evans up-front. The were places on the bench for BERTI, yet to play a minute of first-team football for the Blues, and Valeri Bojinov, who is looking to gradually gain match fitness following his succession of long-term injuries.

With the exception of long-term absentee Joe Cole, Chelsea were able to field a full-strength side, thanks to the welcome return of both Ricardo Carvalho and Michael Essien. Nigerian holding midfielder Jon Obi Mikel made way for Deco, whilst a rejuvenated Didier Drogba was partnered up-front by former City striker Nicolas Anelka.

Cole tries to hold SWP’s hand, who then realises he’s forgotten to take the ball with him

The game started at a frenetic pace and the home side had the ball in the back of the net less than a minute in. Following some neat work by Chelsea’s much vaunted midfield, the ball found its way to Frank ‘I’ve got an A* in Latin GCSE’ Lampard who coolly dispatched it into the net. However, the eagle-eyed linesman, or assistant referee if we are being politically correct, had spotted the England international in an offside position and the goal was disallowed. Even this early into the game, there were clear warning signs that Chelsea were far superior, with their plethora of talents overpowering a diminutive, dwarf-esque City midfield. Essien and Lampard, along with  Deco and Michael Ballack, were passing the ball about supremely and displaying their undoubted quality.

Despite being under pressure, City’s defence, marshalled superbly by Richard ‘mmmmmmm, pizza’ Dunne and Nedum Onuoha, were just about coping and the latter of these two heavyweights made a decisive and timely interception after twelve minutes to stop former Citizen Nicolas Anelka from advancing on goal. As resolute as the visitors were, one sensed that it was only a matter of time before the hosts opened the scoring, and unfortunately, Chelsea proved me right. City will be hugely disappointed with the manner of the goal, as Lampard swung over a free-kick to Essien, given the freedom of the City box, and the Ghanaian promptly swung out his right leg and saw the ball ballooning over the stranded Shay Given. If the finish was slightly fortunate, it was nothing more than what Chelski deserved and they continued to press for a second.

With City attacks rarer than City away wins, it was imperative that they grasped every chance to score, and they had a decent chance on the half-hour mark when Felipe Caicedo wriggled past the attentions of John Terry and Ricardo Carvalho to fashion a shooting opportunity. But if you could pick one player who you didn’t want the ball to fall to in such circumstances, it would be the Ecuadorian battering ram, who unsurprisingly dragged the shot wide, leaving the Blues, playing in their dashing red and black striped outfit, ruing their missed chance.

The home side were now dominating the game, and they should have been awarded a penalty when the normally unflappable Onuoha seemed to bring down Anelka as the jet-heeled Frenchman bore down on goal. The tussle commenced outside the box, but as both players entered the area, City’s defender looked to have pulled back the Chelsea striker, only for Mike Riley to answer the appeals in the negative, much to Onuoha’s relief.

German international Michael Ballack should have put the home side further ahead minute later when he found himself unmarked in the City area, but following some neat interchange of passing between Lampard and Drogba, Ballack could only fire high, wide and not very handsome (rather like Peter Crouch or Wayne Rooney). Caicedo nearly got on the end of a Robinho cross-cum-shot towards the end of the half, but the whistle went for the break with Chelsea firmly in the ascendancy. 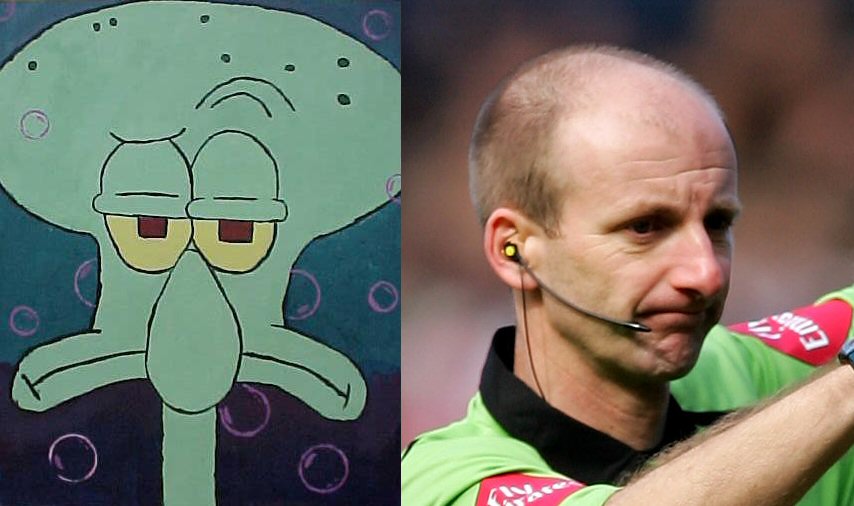 The start of the second-half was even more one-way traffic than the first, with the hosts applying constant pressure as they searched for a decisive second goal. Only a timely intervention from Onuoha stopped Anelka from notching against his former club, whilst Shay Given made an important stop from Drogba’s low shot. Mark Hughes decided it was time for a change, so he brought on Ched Evans to replace the ineffective, to say the least, Caicedo.

Brazilian utility-man Juliano Belletti, on for the injured Deco, was went within whiskers of adding to the scoreline as his 25 yard, left-foot shot cannoned back of the post with Given beaten. With City heavily under the cosh, Hughes another change was necessary, so he replaced Elano with the youngster Kelvin Etuhu, who yet again was proud to show off his horrendous looking ginger-dyed hair. Indeed, it was Etuhuwho actually caused a rare problem for Chelsea, as he powered a shot just wide from the edge of the box. If the City fans hoped that this was the catalyst for a revival, they were mistaken, as substitute Florent Malouda twice missed chances to settle the contest.

The Blues made their third change, albeit belatedly, as Valeri Bojinov replaced the ineffective Robinho, and the Bulgarian powerhouse immediately caused caused a few problems, notably with a volley that had Cech panicking. Alas, the final whistle went to signify a Chelsea victory, and in truth, it was a 1 – 0 hammering.

Mark Hughes consoles Robinho as he is substituted, having done nothing during the game

Unfortunately for City, SWP had probably his quietest game since joining from Chelsea. Nothing he did seemed to come off, and he was eventually shunted into a more central role as City pushed for an equaliser. Cole, despite all his recent tribulations, was magnificent, constantly shutting out any danger from the left, and more often than not, he steamed forward to help out in attack. Winner = Cole

Zabaleta didn’t have a bad game, but he was overrun in midfield without the help of either Kompany or de Jong. Lampard, along with Ballack and especially Essien, ran the show at times, and was a constant thorn in City’s side with his menacing runs and pinpoint passes. Winner = Lampard

Both Dunne and Onuoha certainly had plently of practice at containing Drogba, due to the constant pressure applied to the City defence. Onuoha in particular, stood upto this barrage and made a couple of last ditch, goal-saving tackles. Drogba was effective, using his body to hold the ball up well and he had a productive match. Winner = Draw

Hugh Jarse actually moved for once

Given – Made a fantastic stop from Drogba and was blame-less for the goal. Looked shaky at times and didn’t ooze confidence like he has done recently – 7

Richards – Given license to roam forward quite a lot, and enjoyed some tussles with Ashley Cole, but needs to work on final product. Must track back quicker as well, not at his snail pace. Decidedly dodgy positioning near the end when Malouda should have scored twice – 6.5

Dunne – One of City’s better performers on the day. Had trouble at times with Drogba’s physical presence but competed manfully and won his fair share of headers. Cleared one shot off the line superbly – 7.5

Onuoha – Probably the best player on the pitch … in a red and black striped shirt!! Might have given away a penalty in the first half, but after that was brilliant. He was commanding in the air and showed good speed to clear the danger on a few occasions – 8.5

Bridge – Enjoyed a decent return to his former stomping ground, but failed to provide enough attacking threat. Troubled by Bosingwa at times, but without any cover on the left, thanks to Robinho’s lack of effort, he did as he well as he could have hoped to – 7

Zabaleta – Swamped by the mass of blue shirts, but did his best to stem the flow of attacks. Looks much better at right-back, and will benefit hugely from the return of Kompany and de Jong – 7

Elano – So very disappointing from the mercurial Brazilian, who is more miss than hit at the moment. Occasional flashes of his brilliant passing, but even more flashes of abysmal attempts at a pass, which just go to show that Gelson Fer****** should not take any more training sessions!! – 6

Ireland – Tried his heart out, and covered every blade of grass, but just could not find a way through. Not supported by the lack of interest shown by his teammates, but looked jaded towards the end, and should be rested in midweek – 7

SWP – It hurts me to say it, but he was awful. Nothing he did came off, and he had less impact than a nicotine pad on a chain smoker!! Another one who would benefit from a rest in midweek – 5

Robinho – Why o why does Hughes play him in away games? If you think SWP was bad, then Robinho took crapness to a new level!! Substitued towards the end, but was as if we had left the pitch long before then – 4

Caicedo – Why o why does Hughes play him? If you think SWP and Robinho were bad, then Caicedo takes sh*tness to a new level!! Failed to compete all afternoon and was rightly taken off – 3

Evans – Livened up the attck when he replaced Hugh Jarse, but just lacks the quality to upset top-class defences. Worth a go in the UEFA Cup – 7

Bojinov – Looked bright when he came on, albeit much too late, and forced Cech into one good save from a volley – 7

Man of the Match: Nedum Onuoha