COG is vital part of the Dale machine

Rochdale continued their fine home form on Saturday with a thumping 4-1 defeat of recently relegated Hereford.  The topic on many people’s lips after the game however wasn’t yet another goal for Chris Dagnall, a goal on Simon Whaley’s home debut, the obligatory Will Buckley goal or a first senior league goal for Craig Dawson. In fact forget goals all together.

Well, not quite all together. The performance of on loan striker Chris O’Grady was simply a joy to behold and despite not getting on the scoresheet, he continues to get all the plaudits from fans and the management. Gaffer Keith Hill has recently referred to him as “my Emile Heskey” and it’s a fair comparison. After all, O’Grady’s scoring record isn’t quite what you’d expect from a once highly rated youngster. However he more than makes up for it with his link up play, he provides numerous knock on’s throughout a match, holds the ball up well and is the perfect foil for top goalscorer Chris Dagnall. 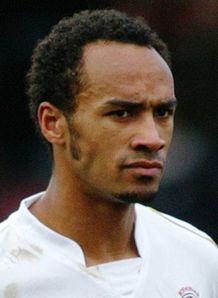 Chris O’Grady is getting better with every game

Unsurprisingly, it was Dagnall who opened the scoring in the 19th minute, firing home Gary Jones’ spilled cross. It was no more than Dale deserved after a dominant opening period.

However in typical Rochdale fashion, the opposition were allowed to get back into the game and just four minutes later Marc Pugh levelled proceedings. Some poor defending, firstly from Tom Kennedy who was far too weak when challenging Mark Marshall, and secondly from the two centre back’s who were in no-mans land, allowed Pugh to bundle the ball over the line from close range.

Hereford were clearly lifted by the goal and the half seemed destined to end level until the visitors were awarded a corner two minutes into first half stoppage time. The corner was swiftly cleared and before you knew it Rochdale were up the other end launching an attack of their own, with Dagnall feeding home debutant Simon Whaley who cooly slotted past Bartlett in the Bull’s net to give Dale some breathing space at half time. It was brilliant flowing football which summed up everything Keith Hill has brought to this club. 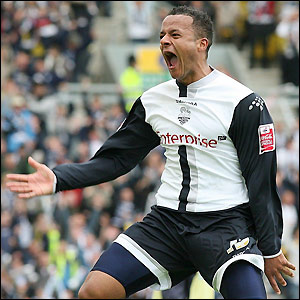 If truth be told Rochdale dominated proceedings in the 2nd half and the only shock about the 3rd goal was the fact it took until the 80th minute to be scored, Will Buckley adding the finishing touch after Dagnall’s shot was parried by Bartlett in goal.

Three minutes later and it was 4-1. Yet another Dale corner was swung into the box and O’Grady flicked the ball towards 19 year old centre back Craig Dawson, who controlled the ball, turned and shot like a centre forward. It was Dawson’s first league goal of his career and for a centre back he won’t score many better! 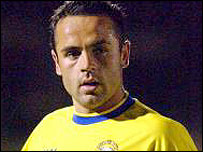 That wasn’t the end of the drama though as deep into stoppage time, Hereford captain Ryan Green received his second yellow card for a stupid tug on O’Grady and was given his marching orders to cap off a miserable day for the Bulls.

A Derby Day to Remember
Why Does Nobody Care About Tranmere?