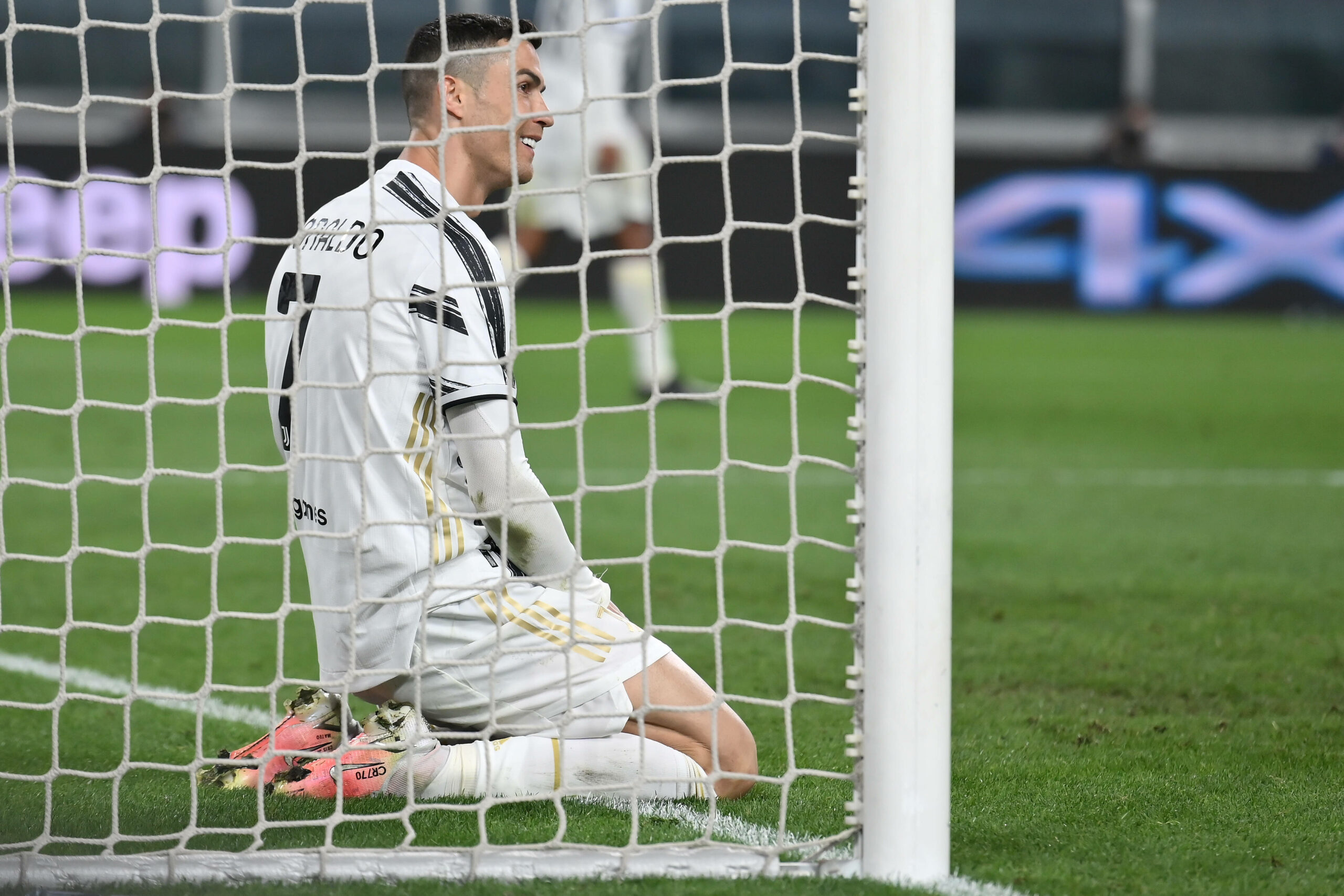 Cristiano Ronaldo could make a blockbuster return to Manchester United after growing frustrated with Juventus’ inability to cope with Europe’s top sides.

The 36-year-old put pen-to-paper on a four-year contract in Turin when Real Madrid sold him for around £100 million in summer 2018.

Despite still having over a year left to run on his deal at the Allianz Arena, the Portugal international is not convinced by the prospect of seeing out his contract.

Given his prominent stature in the footballing world, it comes as no surprise that Ronaldo is Juventus’ highest earner with £27m annual wages.

However, his desire to leave Serie A for the opportunity of lifting another Champions League title could see the five-time Ballon d’Or winner accept a significant pay cut to exit Italy in the summer.

Per Sportslens, Ronaldo is ready to lower his wage demands but won’t accept anything less than £17.4m per year.

While there is no doubt his signing would be a massive hit in terms of commercial revenue, it remains uncertain whether United can afford the forward’s wages.

Well aware of the player’s frustration at the club, Juventus CEO Fabio Paratici is willing to sell his headline performer for a relatively low fee of around £24m.

Despite having entered the autumn of his professional career, Ronaldo has been in sublime form the Bianconeri this season.

With 25 goals under his belt, he tops the scoring leaderboard in Serie A, racking up such an impressive tally in just 28 fixtures.

The former United talisman has proved that age does not matter in his case, but his outstanding individual record has not been enough to help Juventus compete for trophies.

With the Bianconeri already ousted from the Champions League and likely to surrender the Serie A title to arch-rivals Inter Milan, Ronaldo has come under fire from the Italian public.

The Italians are inclined to believe he has not done enough to justify his stratospheric wages, especially with Juve set to miss out on the league crown for the first time in a decade.

It seems unreasonable to say the man who contributed to 42.19% of his side’s Serie A goals this season could be the culprit.

But some fingers have been pointed in his direction, with many in Italy arguing about Ronaldo’s lacklustre free-kick taking.

A designated set-piece taker at Juventus, the Portugal captain has taken responsibility for countless free-kicks this season without scoring once.

His disastrous free-kick conversion rate has prompted talks about his proclaimed selfishness and lack of team spirit, which has seen Ronaldo grow increasingly unpopular in Turin.

With life on the Apennine peninsula becoming untenable, the Madrid all-time leading goalscorer is keen to return to Old Trafford in the summer.

Under the stewardship of Sir Alex Ferguson, Cristiano was a star in Manchester, which earned him a then-record-breaking transfer to the Santiago Bernabeu in 2009.

Still harbouring fond memories of his time in the Premier League, Ronaldo is poised to meet the Theatre of Dreams faithful again.

Ole Gunnar Solskjaer is hell-bent on signing a top-notch forward to lead the line and who better than one of the most prolific players ever to grace a football pitch.

While what would be a sensational reunion looks like a far-fetched dream at this point, there is a genuine feeling that something odd is taking place behind the curtains.

Fans well be eager to see what happens when the transfer window reopens for business.