Seven games to win the title… 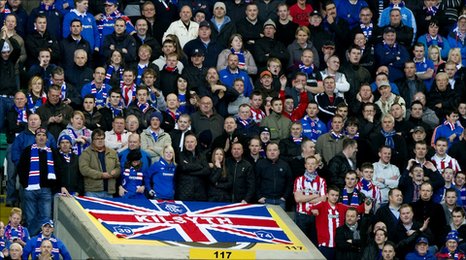 The Scottish Premier League have announced all the post-split fixtures for their member clubs, with Rangers travelling to Kilmarnock and Celtic hosting Motherwell on the last day.

These next seven games are huge for Rangers Football Club.  Amid all the bad publicity surrounding the UEFA charges for alleged sectarian singing against PSV Eindhoven, Rangers have an SPL championship to defend and have won the past three games.

Clean sheets have been won in the club’s past three games, all away from home, with a 2-0 triumph at St. Johnstone the catalyst for single goal victories at Hamilton and Aberdeen.

Next up is St Mirren at Ibrox and a chance for Walter Smith’s men to top the table once more.  The chance came and gone for that when Dundee United sprung a surprise 3-2 win two weekends ago.  Rangers then visit Tannadice on Tuesday night before the final Old Firm derby of the season is played out at Ibrox on Easter Sunday.

Looking at the fixtures, Celtic have a trickier set than the champions but they have a two-point advantage and the luxury of a massive pool of players to choose from.  The Easter Sunday battle is huge in determining which part of Glasgow the trophy heads in May.

Inverness Caledonian Thistle (A) – May 4th

Tough run-in for both teams I’m sure you’ll agree, but the three away games in a row right near the end could be crucial in deciding the destination of the championship just as much as the Easter Sunday face-off.