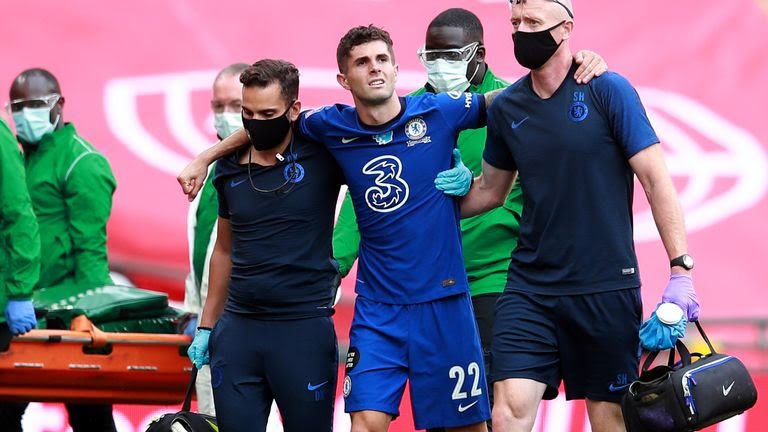 Chelsea face Crystal Palace on Saturday in the Premier League and the Blues manager Frank Lampard has confirmed Christian Pulisic will be part of the team for the game.

However, Lampard has made it clear the United States forward will start from the bench as he continues his comeback from a hamstring injury.

The Blues boss also confirmed summer signing Hakim Ziyech who is also recovering from injury will not be featuring in the game, as well as Billy Gilmour who Lampard claim is “progressing well” and could be fit in another four weeks.

“Pulisic is in the squad tomorrow. He won’t start the match because of the injury he has had and it has been a difficult injury. I am very keen to get him back in there so it is great to have him back, he is an important player for us.” Lampard said in his pre-match press conference.

“Hakim Ziyech is getting closer but not quite fit enough to be on the bench.”

When asked whether there could be loan moves for Loftus-Cheek, Tomori and Hudson-Odoi, Lampsrd made it clear the best decision will be taken for the trio.

“And then see how it stacks up. So with all those three players, I would take those things into consideration.

“But I haven’t got an answer for you on any of those three. I have a good relationship with them all, speak honestly with them, again that’s one that we’ll broach player by player in the next few days.

“Once the window shuts every player that will be here will be used within our squad, because it’s a long season and a lot of competitions coming up.

“And we’ll know more on Monday.”