The bottom five of the Barclays Premier League have a huge opportunity to buy heavily or spend wisely this January. All five clubs are genuine candidates for the drop and all the teams were likely to struggle this season (perhaps the only exception being Bolton). So now January is a real chance for any of the five teams to make a mark in the transfer window and more importantly, improve their chances of staying in the top tier of English football. Here is a rundown of my tips for bottom five clubs in the January window. 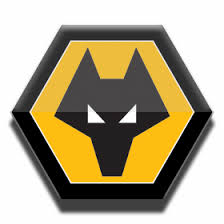 After gaining a credible point at White Hart Lane on Saturday, Wolves next two Premier League games are both at the Molineux and are chances for Mick McCarthy’s side  to get clear of the bottom five. Frimpong on loan is certainly a good bit of business by Wolves but another midfielder and a second striker would certainly help the side. If it wasn’t for the great form of Steven Fletcher, and his tally of nine league goals already this season, Wolves league position could have been much worse.

1. Midfielder Lewis Mcgugan: Has undoubted ability and at 23 years of age still has his best years ahead of him. Forest are struggling in the league and I believe a fee of around 2 million would be enough to snap up the midfielder.

2. Midfielder/Winger Jimmy Kebe: He has the ability to step up into the Premier League and would be great for Wolves and once again 2 to 4 million would easily be enough to prize him to the Molineux.

3. Winger Nathan Redmond: This Boy certainly has a bright future ahead of him with tons of pass and trickery. Staying in the midlands but going up a divison could tempt Redmond. However other Premier League clubs are surely showin an interest and if a bidding war ensumes I feel Wolves woul have to look elsewhere.

4. Striker Carlton Cole: Carlton could still score in the premier league with the right team. Wolves would be ideal as they are a side who like to use their wingers and deliever balls into dangerous areas and Carlton Cole is a big presence and I think  it could be a smart move.

Steve Kean has endured a nightmare few months at Blackburn with the sheer amount of protests and negativity around the club. The thing that frustrates me the most is the owner’s seem totally disillusioned with the fans views which can only ever be a bad thing for a club. To Kean’s credit he keeps going and a 3-1 win over Fulham on Saturday showed unrivaled character and determination. However with the news that Samba has handed in a transfer request and Hoilett possibly leaving replacements and strengthening will need to be made by Steve Kean.

1. Defender Bassong: Could be a decent replacement for Samba and Harry is willing to let Bassong go with surely 3 million enough to get the centre half.

2. Striker Ricardo Fuller: A striker who has all the attributes that Steve Kean must be lookng for, can hold up the ball, good pace and flair, can head the ball and finish. Especially with Crouch, Jones, Walters and Jerome, Ricardo is certainly surplus to requirements.

A new man in charge at Loftus Road in the shape of Mark Hughes. It was clear the new owners were always going to get in a new man at some point. I feel they deserved at least a point at St James’s park. Plus Mark Hughes has been guaranteed funds in this window so QPR could make a real impact to improve their chances of staying up.

2. Defender Alex: Centre half surplus to requirements at Chelsea would be a definite boast.

3. Defender Samba: The defender knows Mark Hughes well and after Handing in a transfer request could be signed for 8-10 million.

4. Striker Andy Johnson: The striker still has a lot to give and could be signed for as little as 4 million.

Owen Coyle has had a tough couple of months and the next two Premier League games don’t get any easier in he form of Liverpool and Arsenal.

1. Defender Corluka: A defender who is struggling to feature for Spurs and a Loan move would be a boost for Bolton.

2. Defender Cuellar: Can’t get a game at Villa and Owen Coyle could seem him as a solid replacement for Cahill.

3. Midfielder Kevin Nolan: Possibly very unlikely return but Nolan could still bring a lot to the Premier League and he is a proven goalscoring midfielder. Martinez could do with a few signings to desperately help their side escape the drop.

1. Striker Emile Heskey: Still has a lot to offer and a return to Wigan could be good for both club and the player.

2. Midfielder Krancjar: A loan move would be great for Wigan although whether Niko would want to get involved in a regulation dogfight is another matter.

3. Striker Sordel: Young explosive striker might hae something to offer for Wigan.

Manchester United – Transition not so easy after all?
Next Big Hit For The WengaBoys – Arsenal’s French Transfer Targets