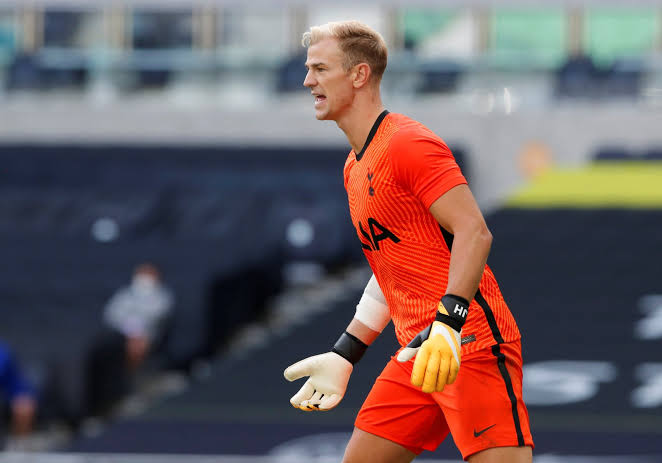 Tottenham Hotspur goalkeeper Joe Hart has highlighted his plans at the north London club while also talking about his relationship with the club manager.

The former England international who joined Tottenham in August on a two-year deal after his contract at Burnley expired has opened up on his desire to become the club’s No 1. Hart was hoping to join a club where he would be first choice but he decided to join Spurs after speaking to Jose Mourinho.

“Jose is very clever at how he works the media,” Hart told BBC Sport.

“He is a different guy in his own environment, with his own players. He asks you to give your best and show your quality. That is how I work.

“I don’t claim to be the most talented guy in the world but I will give it everything.

“Trust works both ways. He definitely gives that and I enjoy working with him.”

Hart, 33, who was once regarded as one the best goalkeepers to ever grace the Premier League during his spell at Manchester City revealed that his decision to join Tottenham is to get regular playing opportunities and make the club better.

He said: “I crave football. I realised I just love being at the top. I love being around a club where you play three games a week and if you don’t win it is a big deal.

“I am not stupid. That opportunity was not going to come in a given number one slot. After working out what Jose wanted from his squad and what he thought I could bring to it, it matched what I thought.

“I haven’t come to shake it up. I have come to make Tottenham better.”

Hart was also full of praise for his new club captain and team-mate Harry Kane whom he calls a ‘special player’ and almost perfect.

The former England international was part of the England squad when Kane was invited for the first time in 2015 and has since then, recognised the striker’s potential.

With Kane already involved in 13 goals in the first six Premier League games in this campaign, Hart has expressed deeper admiration for the 27-year-old now that they both play for the same team.

“He has always had that ability,” said Hart.

“He is such a team player. His leadership is doing it, which is often more important than being vocal.

“We have seen how selfless he is. He is a special player and I love being in the same team as him.”