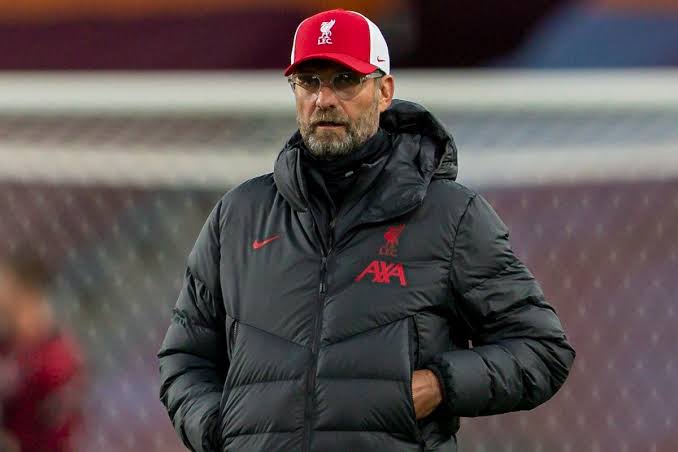 After what may already be the greatest shock of the 2020/21 Premier League season, Liverpool manager Jurgen Klopp didn’t shy away from the reality of the result but found solace in the fact that all his players left the match in one piece.

Speaking after the match, the Reds boss highlighted the only thing positive about his side losing 7-2 to Aston Villa on an unforgettable evening at Villa Park.

With Alisson set to be on the sidelines for up to six weeks after picking up an injury during the build-up to the game, the Reds coach was glad no other player picked up any injury in his team’s loss against Dean Smith’s side.

“The only good news actually is nobody was injured after the game,” Klopp said post-match.

“Whatever team we could have lined up tonight, I wouldn’t expect to lose 7-2, to be honest – 100 per cent. It’s not necessary, it’s absolutely not necessary.

“I said it in the beginning and it’s true, Aston Villa did really, really well, but we helped as well. This game then has its own dynamic and then influence goes in that direction, one team is flying and the other team is obviously not flying. We know that, that’s how things can happen – but it should not happen. 4-1 down, half-time, usually you would say we try another five minutes and then we just defend. That’s not us.

“Everyone who saw the game had the feeling if we score once, then score [for] 4-2, then probably game on, or not. Not if we play like tonight, but if we then can improve in the game then it would have been game on.

Liverpool will hope to bounce back from the defeat against their Merseyside rivals Everton who top of the Premier League table after winning their first four games of the new campaign.

‘I want to win by seven, not by six’ – Mourinho reacts after Spurs 6-1 victory over Manchester United
Kepa Arrizabalaga: Chelsea goalkeeper claim he is ‘confident’ of regaining his place