Kepa Arrizabalaga: Chelsea goalkeeper claim he is ‘confident’ of regaining his place 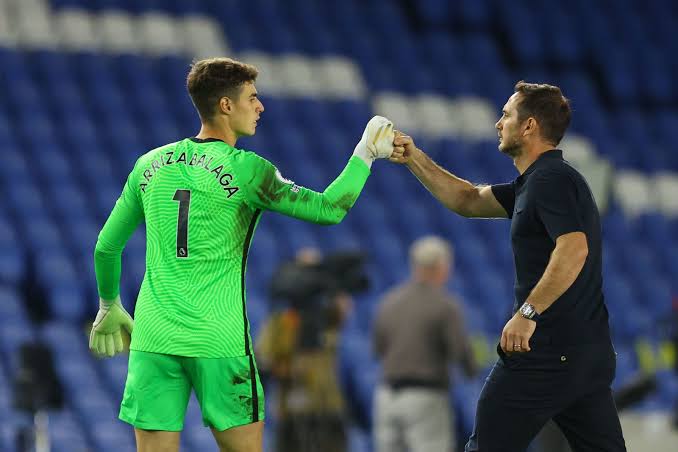 Since their 2-0 Premier League defeat to Liverpool on September 20, Kepa Arrizabalaga has not started a game for Chelsea.

However, Kepa Arrizabalaga is determined to fight for his future at Chelsea after losing his place to the new recruit.

According to BBC Sports, Kepa Arrizabalaga says losing his first-team place at Chelsea is “not a dream situation” but he is “confident” of turning things around.

“In the life of a footballer there are ups and downs,” Kepa said. “But in the end what is in my hands is to work,” Kepa said.

Kepa, who was dropped by Frank Lampard last term, regained the manager’s trust and began the new season as Chelsea’s first-choice goalkeeper.

However, a high-profile mistake against Liverpool saw him replaced by 39-year-old Willy Caballero and boosted Chelsea’s pursuit of a new goalkeeper.

28-year-old Mendy has now impressed in the last two games he started but Kepa believes he is capable of regaining his place.

“I feel good, strong, and confident. During your career sometimes you have to live moments like this,” said Kepa, who is Luis Enrique’s Spain squad for the games against Portugal, Switzerland and Ukraine over the next seven days.

“I’m confident I can turn it around and do my best when I play. We all want to play. But I don’t think about anything beyond day-to-day life and focusing on the national team’s matches.

“In the medium to long term, things can change. I want to play, I want to be on the field and I will work for that.”

Kepa became the world’s most expensive goalkeeper when he joined the Premier League side from Athletic Bilbao for £71m in 2018.

Spain will face Portugal in Lisbon on Wednesday and Kepa will hope to make an impact with the national side as he fights to regain his position at club side.