Having completed the signing of Momo Sissoko in January, the Malian seemed to fit exceptionally well in the squad and now Juventus are looking at other possibilities from Anfield. Earlier this week, Juve were deemed to be interested in signing Xabi Alonso and just days after, Juve are also in the hunt to secure defender John Arne Riise from Liverpool too. This could seem the appropriate decision for the bianconeri team who are strengthing the squad in all parts and with the signing of Brazilian Amauri with just a few touches to go these two signings from the Premier League could well suit the Old Lady. With Tiago and Almiron to be sold during the Summer Months, Juve are set to receive more funds to be able to process transfers well and now it will rest on the Kop’s decision whether to leave Alonso and Riise to sign for the Bianconeri. 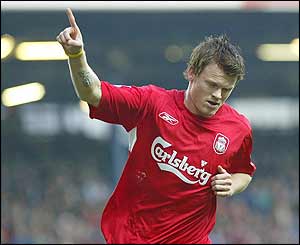