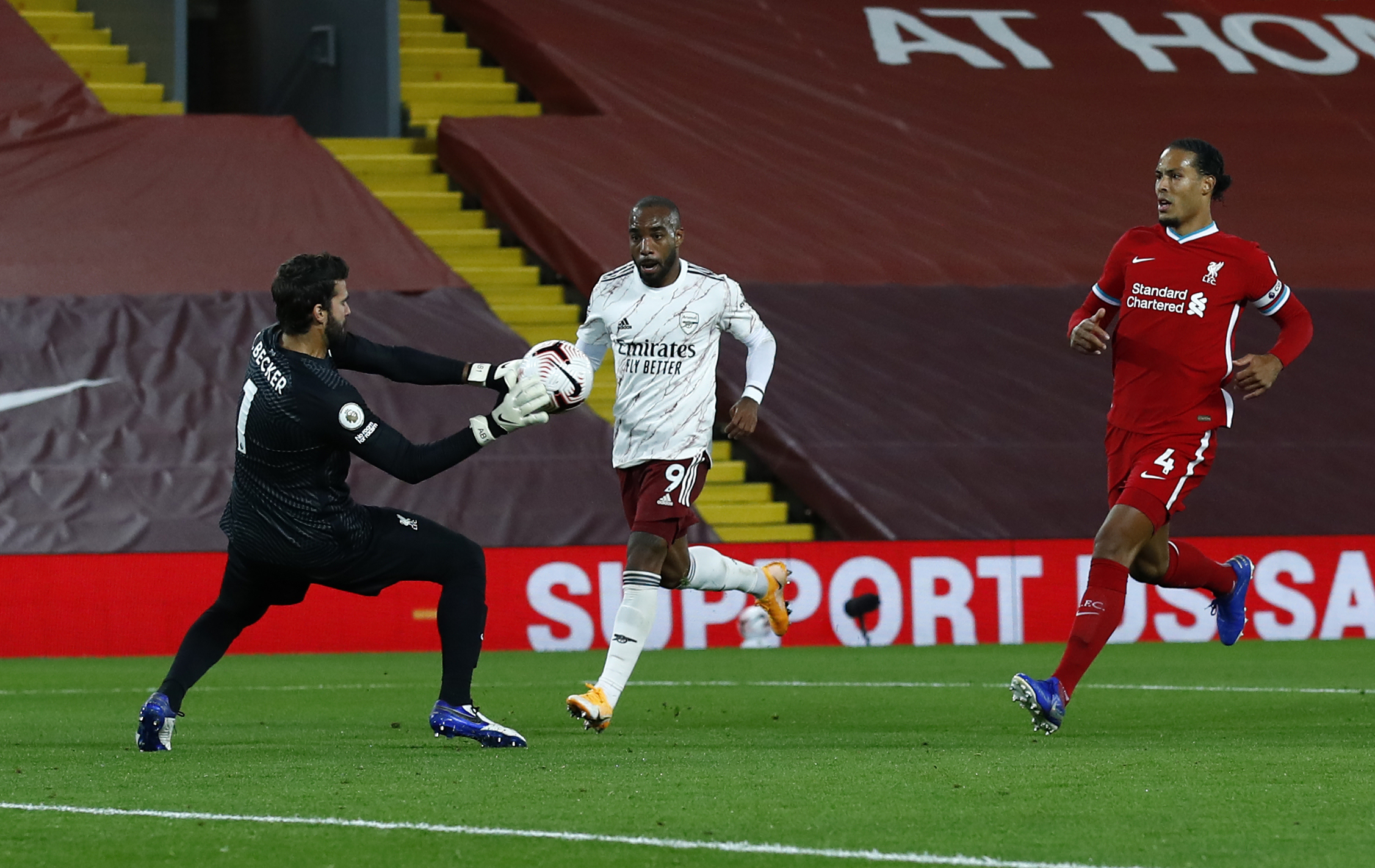 Liverpool continued their perfect start to the new Premier League season on Monday night with a 3-1 win over Arsenal at Anfield.

The Merseyside outfit had recently gone winless against the Gunners in back-to-back games across all competitions, but they managed to put the record straight with a comfortable victory.

Robertson’s error gifted Alexandre Lacazette with the opening goal in the 25th minute, but the Gunners could hold onto the lead for only three minutes before Sadio Mane levelled the scores.

Robertson then redeemed himself by scoring the Reds’ second goal in the 34th minute and they went into the interval as the dominant team in terms of possession and chances.

The Merseyside outfit managed to control the game during the second period, but they did squander one golden scoring opportunity for Lacazette, who made a poor attempt to beat goalkeeper Alisson.

Aside from that moment, the Gunners never looked like finding the equaliser. Debutant Diogo Jota put the game beyond doubt by scoring the Reds’ third goal of the night in the 88th minute.

Here are few things we learned:

Arsenal still a work in progress: Arsenal have made good progress under manager Mikel Arteta, but they were overawed by the quality of possession and chances created by the hosts. The north London side barely managed to threaten the opposition goal over the course of 90 minutes. Lacazette had the best chances to find the back of the net and things could have been different, had he made it 2-2 in the 63rd minute when he was put through on goal by Dani Ceballos. The Monday night clash showed a clear difference in quality between the sides and the Gunners are still far off from competing for the title.

Liverpool extend unbeaten league streak at Anfield: The Reds have made Anfield a fortress in the Premier League and the victory over the Gunners meant that they went unbeaten for the 61st successive home game in the top-flight. Their attacking performance was pretty good over the course of 90 minutes, but the overall display can’t be deemed perfect, given there were a couple of defensive lapses. Robertson’s poor touch from a Ainsley Maitland-Niles pass contributed to Lacazette’s opener. Meanwhile, Ceballos was able to find space between Virgil van Dijk and Joe Gomez to deliver a delightful through ball which Lacazette failed to capitalise upon.

Arsenal’s limited creativity from midfield: Ceballos was a creative spark for the Gunners coming off the bench and he nearly helped them level the scores in the second half. However, other than him, no other midfield player was able to influence the proceedings in an offensive point of view. Both Granit Xhaka and Mohamed Elneny were confined to their own half for most of the game and there was more sideways and backward passing. The north London side are desperately in need of another creative midfielder in their ranks, who can make the difference in the big games by picking key passes for the forwards.