Â  After reports from last night that a deal was imminent, Reading forward Dave Kitson has joined Stoke on a three year deal. The fee is a club record Â£5.5 million, shattering the previous record of Â£2 million payed for Ryan Shawcross in January. The six foot three inch striker scored 54 goals in 134 appearances for Reading since joining for Â£150,000 from Cambridge United five years ago. Incidentally, Dave, 28,Â made his professional debut for Cambridge in a 3-2 victory at the Britannia in the 2000/2001 season. The Stoke scorers on that day were Graham Kavanagh and Riki Dadason.

Â  Commenting on Dave’s credentials, Tony Pulis said, ”I think he’s a natural goalscorer with great ability, while he’s one who works his socks off for the team.”Â Pulis also claimed that ”we are now in a position where we can compete for top-class players.” Kitson certainly is one of those. It’s enthusing as a fan to hear the manager speaking this way and to be able attract a player of this quality to Stoke shows how far the club has come of late.

Â  Kitson himself praised Pulis, saying his ”enthusiasm was infectuous” and he ”warmed to him straight away.” He described his entusiasm at joining Stoke, saying, ”I came down and had a look around the club and I knew that this wasÂ where I wanted to be.”

Â  Pulis’ first summer signing should lift spirits amongst fans, particularly with fellow premiership new-boys Hull and West Brom having each signed seven players so far this Summer. However, Kitson is by far the most expensiveÂ player to be signed by either of the three clubs, andÂ in the eyesÂ of many, includin me, the best. It is interesting to note that Kitson alone has cost Â£1 million more than all of Hull’s recruits put together.

Â  The deal is thought to be structured, so the initial fee payed by Stoke to Reading will be some way short of the Â£5.5 million total. 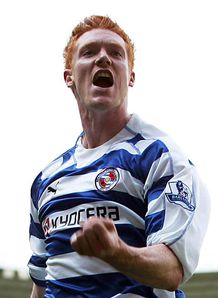 Demar Phillips On Trial At Oldham
De Laet And Shotton To Bournemouth?