Leeds United have not learned the Bosman lesson

Ever since the Bosman ruling came into effect in 1995 – giving footballers the right to leave clubs for free at the end of their contracts – players have had the power when it comes to contract negotiations.

Some clubs have learnt to deal with the situation by opening negotiations early with players they want to keep. Leeds United is not one of those clubs.

In May, star striker Jermaine Beckford departed Elland Road for Premier League Everton after running down his contract. Leeds left it until Beckford entered the final year of the three-season extension he signed in October 2007 to open talks, something they ultimately paid the price for. The club hasn’t learned its lesson.

Fast forward a few months and there are three players who are in the same position that Beckford found himself in less than twelve months ago.

Bradley Johnson, Neil Kilkenny and Luciano Becchio played a huge part in Leeds’ promotion from League One last term, and despite featuring heavily in the Championship, are about to enter the final six months of their contracts.

Leeds have openly expressed their wish to keep all three players, but just like with Beckford, they have left it late to secure their futures.

United chief executive Shaun Harvey moved to assure supporters in the summer that negotiations would begin in September. As we near the January transfer window, fans are still anxiously waiting for news on Becchio and Kilkenny.

To be fair to the club, work has been going on behind the scenes. South African striker Davide Somma recently signed a new three-year contract after impressing this season, and Johnson was last week placed on the transfer list after rejecting Leeds’ final contract offer.

Beckford was also transfer listed last season as the January window opened after failing to agree new terms, with Leeds looking to recoup a fee for the player. Despite receiving a substantial bid from Newcastle, manager Simon Grayson decided that keeping Beckford was key to earning promotion, and ultimately more important than receiving a fee. Johnson is unlikely to be thought of in the same regard.

The former Northampton midfielder has been an almost ever-present for the Whites this season, but has failed to win over a large majority of the fans. Whether he is Championship-class is open to debate, although rumours are that Premier League Stoke have him in their sights. 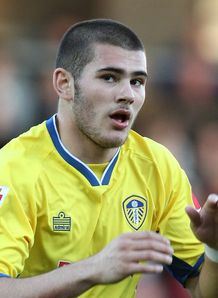 Johnson, or more likely his advisors, obviously feel a better deal can be had elsewhere. He would probably earn a substantial signing on fee if he waits until the summer and could earn higher wages. However, Leeds are now looking to get rid in January so that they can recoup some of £250,000 they paid for him in 2008.

The departure of Johnson may not be seen as a disaster at Elland Road, but if Kilkenny and Becchio were to go too, that view may change.

Fans’ favourite Becchio has encouragingly stated his wish to stay, although no agreement has yet been reached. Rumours are that Kilkenny has followed Johnson in rejecting Leeds’ advances, although this hasn’t been confirmed by club or player.

But the key question in all of this remains. Why do Leeds leave it so late?

By opening negotiations early, the club can take some of the power from the player. Leeds can tie down their key players without the worry of other clubs trying to get them on the cheap due to them nearing the end of their contracts, or sell them and get their market value.

Leeds have taken advantage of the Bosman ruling themselves to sign a number of first-team players, including Kasper Schmeichel, Lloyd Sam, Fede Bessone and Billy Paynter this summer.

Current players, though, seem to be seen as less of a priority. Schmeichel has impressed since arriving at Elland Road but only signed a two-year deal, meaning this time next year he could be in the same situation as Johnson, Kilkenny and Becchio.

It’s painfully obvious that it would be in the club’s interest to act quickly, but with Ken Bates in charge, the obvious rarely happens.

Bates may be looking after the club’s interests by not splashing the cash like a certain Mr Ridsdale did in the past, but by not securing the futures of the club’s key young players, he is taking a big risk. All at Leeds United are hoping that his policy will pay off.

Bolton Fly High Under Coyle
Who Will Pay The Price For Inconsistency In This Seasons Premier League?