Leeds United: Peltier latest addition at Elland Road – Next up, a striker? 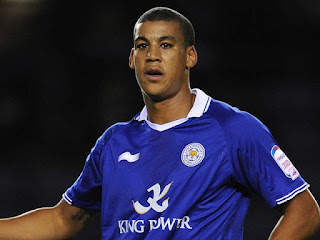 The deal done is for an undisclosed fee believed to be in the region of £600,000.

The former Liverpool Trainee, who made only four appearances for the Merseysiders, none at senior level also had spells at Yeovil on loan before moving to Huddersfield Town in 2009 before moving to big spenders Leicester in 2011 for a fee of £750,000.

In total, the highly rated right back signs for Leeds, despite offers from other clubs including former employers Huddersfield, on a 3 year deal having amassed almost 200 league appearances.

It is believed Huddersfield’s ‘Players player of the season’ during the 09/10 season will be given the number 2 shirt vacated by transfer-listed Paul Connolly.

Leeds manager Neil Warnock has long been an admirer of Peltier, capped for England at Under 18 level, and becomes Warnock’s tenth summer signing as the Whites reshuffle continues.

With veteran manager Warnock on the look out for a striker, although not to be rushed into a decision in the transfer market, perhaps one Jermaine Beckford who plys his trade at Peltiers previous club Leicester, would be worth a shout? 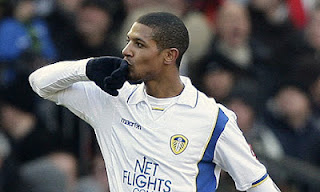 It’s of my belief that Leeds are in need of additional firepower up top, a 20+ goal a season calibre front man is required for United to realistically challenge at the upper echelons of the Championship.
Whilst Ross McCormack did well in the role last season with a return of 19 league goals, despite the Whites stuttering to a 14th place finish. The Scot is believed to be looking for a new deal to keep him at Elland Road beyond the closure of the transfer window.

The outgoing Snodgrass with 13 and Argentine Luciano Becchio with 11 were the only two players in double figures last campaign.

Many Leeds fans are divided on the issue of Beckford and a possible return, citing financial limitations of any potential deal being stuck between the two clubs.
Rumour has it that Beckford is unhappy with the Foxes amid growing tension with Leicester boss Nigel Pearson and would be open to a move back to Leeds.

He received a warm reception from the Leeds faithful during last seasons final game, turning out for the foxes, acknowledging the home fans fondly before being substituted at half time.

Jermaine was said to be taken a back with the warm welcome on his first visit to Elland Road as an opposing player, saying he didn’t want to score against Leeds, as at no other club has he been valued and treated so well and with such positivity.

Would you welcome back the former Elland Road number 9?