Linesman’s Manager of the Year: Not Swansea’s Rodgers or Sir Alex but Sunderland’s Martin O’Neill

Martin O’Neill took over Sunderland when they were 16th in the table. His first match in charge, the 2-1 comeback victory against Blackburn, was only the club’s 3rd victory of the season despite an ambitious summer which saw nearly 10 players signed for the club. As people started to doubt the new signings, which included peaked players Wes Brown and John O’Shea, unproven talents like James McClean and the once-arrogant loanee Bendtner, O’Neill stuck with most of them.

The key to Sunderland’s revival is simple – passion. O’Neill is always one of the most animated figures on the sideline and his commitment to the game is definitely influential. His commitment certainly pervades in the dressing room and no doubt helps in conveying messages to the players. The never-say-die attitude shown by the team in the win against Blackburn proves the point. 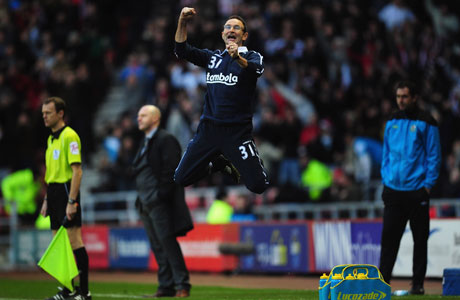 You have to be passionate enough to celebrate like this!

O’Neill’s dream start at the Stadium of Light saw him amassed 11 points in the packed holiday fixtures including a 1-0 win over then-leaders Manchester City. Alone in January, Sunderland netted 9 points, leveling with Manchester City and Manchester United, only trailing Tottenham in the league. They beat Arsenal in FA Cup Fifth round with a convincing 2-0 victory. Now they are in sight of a top half finish sitting at 11th with 5 games to go.

The former Celtic manager has restored discipline, morale and most importantly, confidence to the players, notably Sessegnon whose glimpses of skills gradually turn into a consistent threat for the Wearside. He also gave anonymous James McClean his first start, albeit signed by Bruce, and the Irish winger surely possesses the potential to become one of the best left wingers in the league.

This is what a manager is primarily for — getting the best out of the players. He did it in Leicester; he did it in Celtic; he did it in Villa. The miracle in Sunderland is of no coincidence. 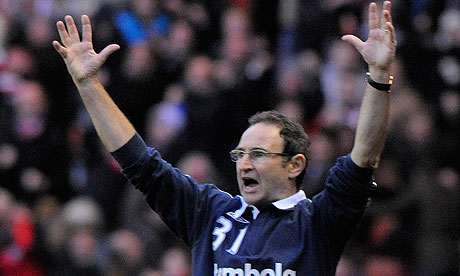 Sir Alex Ferguson endures an enormously unprecedented success in his era at Manchester; his managerial skill is of no doubt. On the other hand, Martin O’Neill enjoys various levels of success at various clubs and his tactical knowledge and man management ability might even outscore that of the Scottish legend. It would be impossible to rule out Sir Alex and Roberto Mancini as the front-runners for the Manager of the Year Award, whoever wins the league, as well as Brendan Rodgers of Swansea as an outsider. However, with the way how the Black Cats’ season has revived, Martin O’Neill is definitely The Linesman’s Manager of the Year.

Which sides will be promoted to the Premier League this season? Southampton, Reading & West Ham…
Liverpool’s Missed Opportunity