What Do Liverpool Need To Do This Summer?

Liverpool have had a season of two halves. Early optimism about Roy Hodgson was soon fading and by January, Hodgson’s exit became inevitable after defeats at home to Wolves and Blackpool and away to Stoke City, Newcastle United and Blackburn Rovers amongst others. With Liverpool in 12th place after 20 games with only 7 wins to their name, Hodgson was sacked. In came Liverpool’s cult hero Kenny Dalglish and the revival of England’s sleeping giant soon appeared to get underway. The departure of Fernando Torres and the arrivals of Luis Suarez and Andy Carroll proved great business for Liverpool and have helped them into a promising position with three games to go, still in the hunt for European spots and with a confidence returning to Anfield. Anything that Liverpool achieve this season will be a bonus, the real work begins in Summer.

The first thing that owner John W. Henry should do is to offer Kenny Dalglish the job on a permanent basis as I think every Liverpool fan wants that above anything else. The job that Dalglish has done since taking over in January has been incredible. Victory at Chelsea and home thrashings of Manchester City and Manchester United being the highlights. People may argue that the Suarez and Carroll have been the catalyst for Liverpool’s revival but I would argue that players such as Dirk Kuyt and Raul Mereiles who didn’t perform during Roy Hodgson’s tenure seem like completely different players since Dalglish became Liverpool boss. Furthermore, the Anfield faithful have returned to their usual selves, chanting the name of their manager and roaring for their team which was not happening under Hodgson and even resulted in him being booed and the fans chanting ‘Hodgson for England’ and ‘Dalglish’ during the home defeat to Wolves. For John W. Henry to not appoint Dalglish would be a disaster for the club as the fans have their heart set on ‘King Kenny’ sitting in the dugout, come August. However, I am confident enough that Henry will do the right thing and it seems that Dalglish will be offered the job at the end of the season. 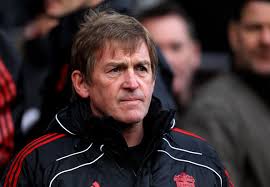 In terms of transfers, this may well be Liverpool’s most important summer ever. I think the likes of Milan Jovanovic, Joe Cole and Christian Poulsen will be shown the door as they have all failed to impress since arriving on Merseyside last summer. The signings of Andy Carroll and Luis Suarez have taken the emphasis off of signing strikers. Before January, Liverpool relied on Fernando Torres and when he was injured, plan B was David N’Gog. If Torres were to have a bad game or if he was injured, Liverpool would struggle for goals but now, Liverpool have a strike force capable of matching up with anyone in the Premier League.

In defence, Liverpool have a decent line-up. Pepe Reina looks like he’ll staying at the club and is one of the best goalkeepers in the world. Glen Johnson is inconsistent and sometimes poor but he commands an England place and when he plays well, he is very good. Liverpool have Martin Kelly and John Flanagan also pushing for right back spots and so do not need to buy a right back. Centre back is also an area where Liverpool are competent. Jamie Carragher is obviously the first choice and is talismanic for the reds. Then, Daniel Agger, Martin Skrtel, Sotirios Kyrgiakos and Danny Wilson to fill the remaining place, all of whom have their own qualities, although there has been a lot of specualtion that Liverpool are looking to sign Gary Cahill from Bolton Wanderers to partner Carragher. Left back is the first area where Liverpool should be looking to strengthen. Fabio Aurelio is ageing and slightly injury-prone, though on his day is as good as any left back in the league and is very good in dead ball situations. The main name that has been talked about is Newcastle’s Jose Enrique who has had an excellent season at St. James’ Park and will probably be the first choice to take over the left back spot.

In midfield is where Liverpool fans will have the most to look forward to as it is expected that Kenny Dalglish or whoever gets the job will be given money to splash on left and right wingers and a central midfielder. Dirk Kuyt has been converted into a right midfielder but having been prolific in the second half of this season, maybe he will be played in a more central attacking role next season. On the left wing, several names have been thrown around, the most notable being Aston Villa’s Stewart Downing, CSKA Moscow’s Keisuke Honda and Udinese’s Alexis Sanchez. All three of them could definitely turn out to be excellent signings, however all three will command a £15m+ fee. In central midfield, January target, Charlie Adam may well be singled out as a target again whilst, West Ham Chairman David Gold has told the media that West Ham’s England stars will be allowed to leave if the Hammers are relegated and so there will be several clubs looking to sign Scott Parker, this season’s football writers’ player of the year. Ashley Young is another player who appears to be on Liverpool’s radar, however, Manchester United may well rival Liverpool for his signature.

Luis Suarez, Andy Carroll, Dirk Kuyt and David N’Gog is a decent attacking line up for the reds but should they be looking to sign another striker, West Ham’s Carlton Cole and Ipswich Town’s starlet Connor Wickham are options that the next Liverpool manager may well explore. Liverpool also have Daniel Pacheco out on loan at Norwich City who is a bright prospect. 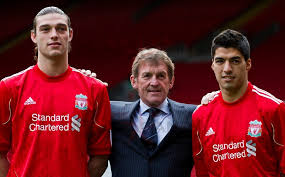 Despite all this, I am sure that Liverpool’s Director of Football Damien Comolli will have already identified targets for the club and discussed them with John W. Henry and Kenny Dalglish and there may well be a few surprises in store. I don’t know what the summer and forthcoming season have to offer for Liverpool but i feel that this is an opportunity for Liverpool to invest in the future and propel themselves back into contention for Champions League places and honours. With the excitement of the new manager, new signings and great young players coming through such as Flanagan, Robinson, Pacheco, Suso and Raheem Sterling surely the future can only be bright for Liverpool?