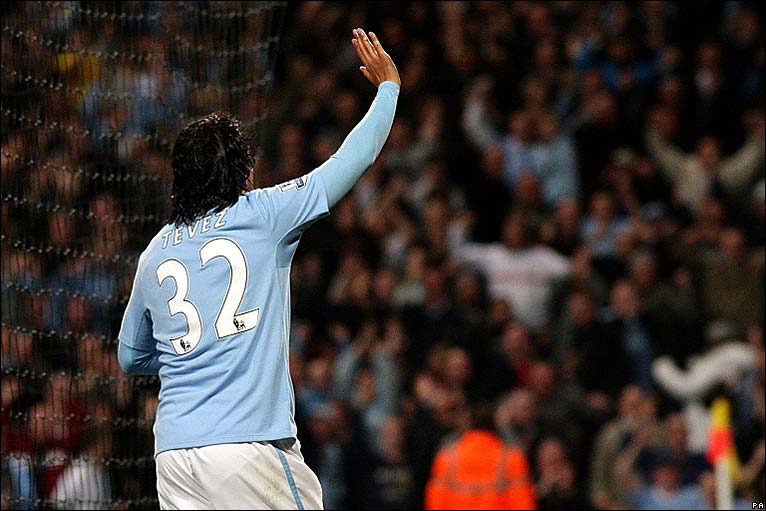 Tevez produced an all round display of sheer determination, skill and heart to push City into joint fourthplace, with a game in hand over all nearest rivals. City have now won all 3 of their opening home premier league games as they continue their impressive start to the season. The will power and strength of players like Tevez and De Jong with the skill and pace of players like Bellamy and Wright-Phillips are exactly the type of players that can make this a successful season for City. The manager must surely be targeting at least a top six finish after overcoming a side who finished above them last season, even without Adebayor, Ireland and Robinho.

The deadlock was broken inside the first five minutes as a long boot forward from Shay Given was flicked on by Gareth Barry to release the rampaging Petrov down the left hand side. Petrov strolled into the box and picked out Tevez, to tap in from close range. Tevez gracefully jogged around the net and hardly celebrated as a great sign of respect for how brilliant the West Ham fans were to him during his time at the club. However, the West Ham fans were soon celebrating, when against the run of play, the Hammers equalised. City failed to clear a long ball into the box as Kovac smashed the ball goalwards for England international, Carlton Cole to flick in the leveller.

Last seasons sights of City crumbling after a set back have now disapeered, as they responded strongly through a fierce Tevez strike and a brilliant save from Shay Given denied Cole another goal for West Ham. City regained the lead when the forgotten man, Martin Petrov curled a free-kick around the West Ham wall and into the bottom corner. 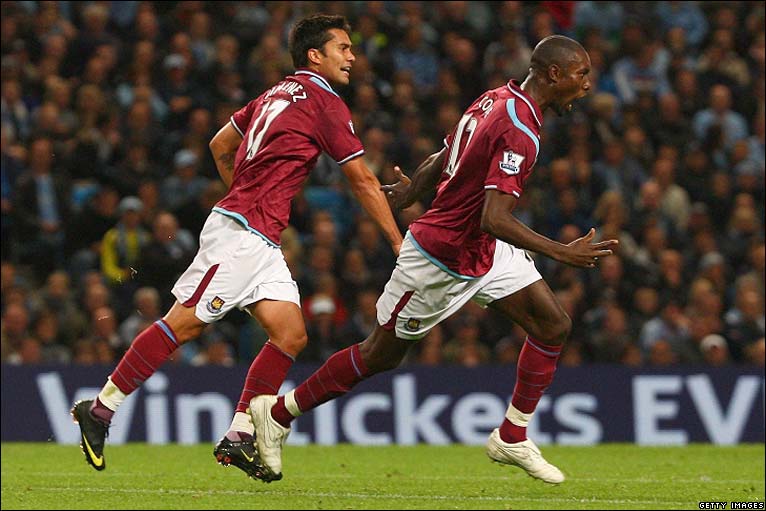 West Ham fans can surely feel hard done by though, when Carlton Cole out muscled Lescott and played the ball to Parker to slide the ball into the net, only to be denied by the referee for a soft foul on Lescott.

The second half saw Tevez gain his 2nd goal of the night. Another ex Hammer, Craig Bellamy swung in a free kick, which found Tevez unmarked at the back post to head home. Yet again after conceding, West Ham fought back strongly, but found Given in good form. Diamanti was twice denied by Given and James Tomkins was inches away from connecting with the Italians cross. But West Ham just couldn’t find a reply and City gained their 5th win in six games.

A jubilant Mark Hughes told BBC sport, “We executed our game plan perfectly. I think the movement and positioning of our guys, getting into good areas and causing the opposition problems was there for all to see.”

A upset Zola also told BBC sport, “I think this will be an important week for us, we will have to work hard. There are many things we need to concentrate on.We are much better than we are showing right now.”

City firing on all cylinders
MAN CITY’S Start to the Season: YOUR VIEWS