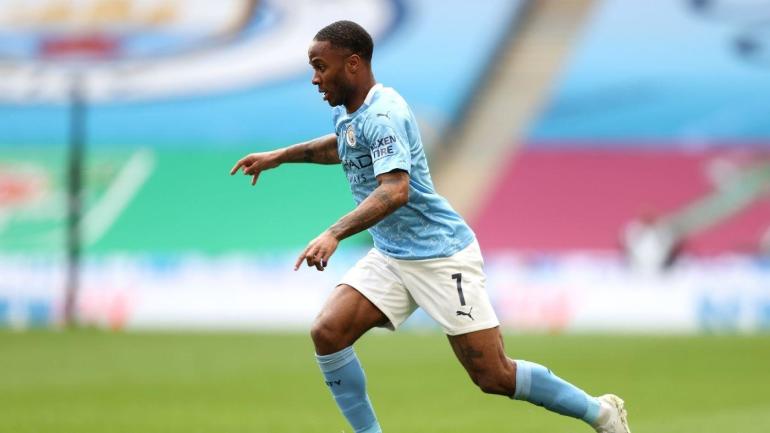 Manchester City are willing to listen to offers for Raheem Sterling, according to the Daily Mail.

It has been reported that the Citizens are also open to selling Riyad Mahrez this summer to raise funds to sign Aston Villa’s Jack Grealish. They are also keen on Tottenham Hotspur captain Harry Kane.

Sterling contributed 14 goals and 12 assists this season for Pep Guardiola’s side but is deemed surplus to requirements and could leave the Premier League club if anyone comes up with the right price.

He has now clocked up 291 appearances across all competitions for City, scoring 114 goals and creating 87 assists (stats from Transfermarkt).

Arsenal are said to be interested in signing Sterling and Mahrez. Manager Mikel Arteta is an admirer of the duo, having worked with them during his spell at the Etihad Stadium.

However, the Gunners are unlikely to sign either player as City will demand hefty fees and they also cannot offer European football next season.