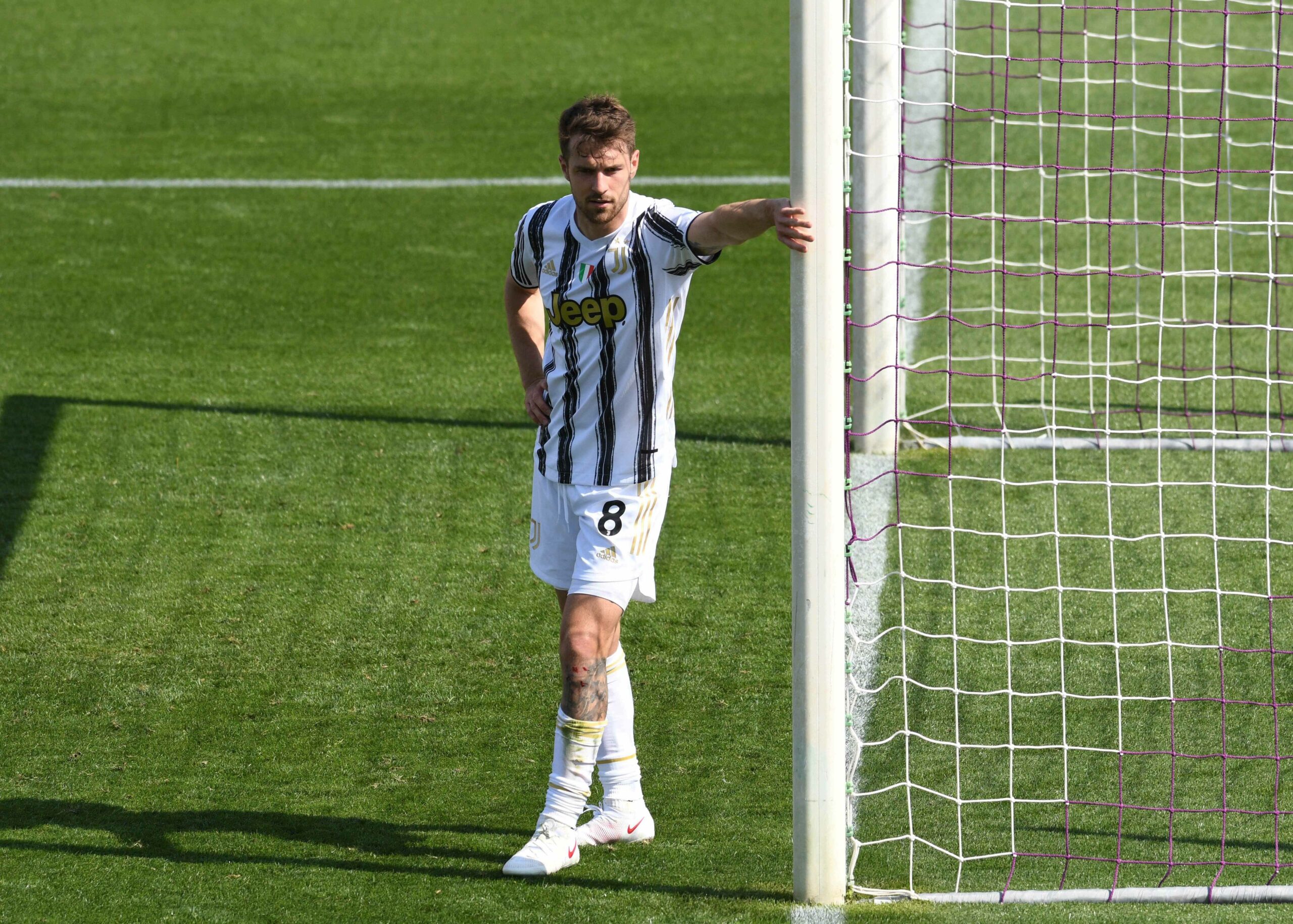 Juventus have reportedly put Aaron Ramsey up for sale after the Welshman failed to settle in Turin.

According to Calciomercato, the Bianconeri are ‘open to selling’ the Wales international, who registered 30 appearances this season.

Ramsey joined Juventus on a free in summer 2019, signing a four-year contract worth a whopping £400,000 a week.

However, the former Arsenal playmaker has endured a torrid two-year spell at the Allianz Stadium and could be on the move when the transfer window reopens for business.

Andrea Pirlo handed the 30-year-old just 13 Serie A starts in 2020/21, leaving him on the bench for the final five league matches of the season.

Although Juventus decided to cut ties with the inexperienced manager and reunite with former boss Massimiliano Allegri, Ramsey’s career in Turin is seemingly drawing to a close.

A return to the Premier League is well on the cards, with Arsenal and Liverpool emerging as potential suitors for the Welshman.

Ramsey spent 11 years at the Emirates Stadium and could favour a move to north London to reignite his career.

Mikel Arteta is in the market for a new attacking midfielder to add flair to his toothless side following an underwhelming season.

The Spaniard is seeking a playmaker to orchestrate Arsenal’s play in the final third, something Mesut Ozil did sporadically during his time in London.

Meanwhile, Jurgen Klopp is also considering Ramsey as a potential addition to his squad.

Liverpool managed to qualify for next season’s Champions League, but they were only a shadow of a side that won the Premier League title a year ago.

With Georginio Wijnaldum heading towards Barcelona, the German tactician needs someone reliable to fill the Dutchman’s shoes and Ramsey could be his go-to option.