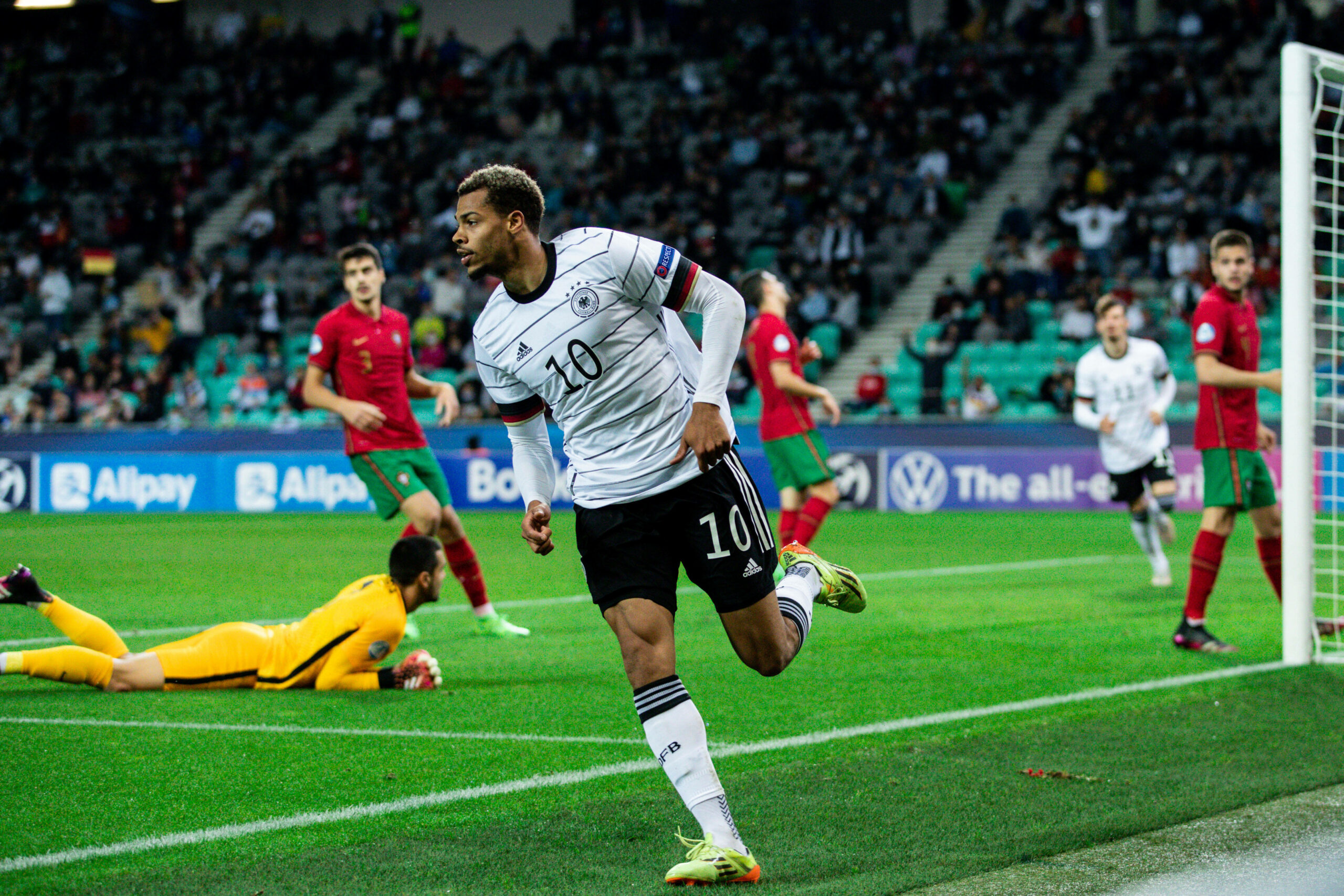 Manchester City have confirmed that striker Lukas Nmecha has completed a move to Bundesliga club Wolfsburg in a deal worth £11 million.

The 22-year-old is an academy graduate of City, joining the club when he was nine.

He rose through the youth ranks to earn his first-team debut in a Carabao Cup match against Leicester City in December 2017.

The Hamburg-born footballer made two Premier League appearances for the Citizens during the same season.

He subsequently joined Preston North End on loan but could only score three goals in 44 appearances for the Championship outfit.

Nmecha also failed to impress during his next two loan spells at Wolfsburg and Middlesbrough, bagging no goals or assists during the entire 2019-20 season for the two clubs.

However, his stint at Anderlecht was highly successful as he plundered 21 goals in 41 appearances for Vincent Kompany’s side.

His performances in Belgium convinced the Wolves to bring him to the Bundesliga, splashing £11m to secure his services.

However, Pep Guardiola’s side have inserted a buy-back clause in the player’s contract should they want to bring him back to Manchester.

The Citizens are trying to raise money at the moment as they are eyeing a move for either Tottenham Hotspur’s Harry Kane or Borussia Dortmund’s Erling Braut Haaland.