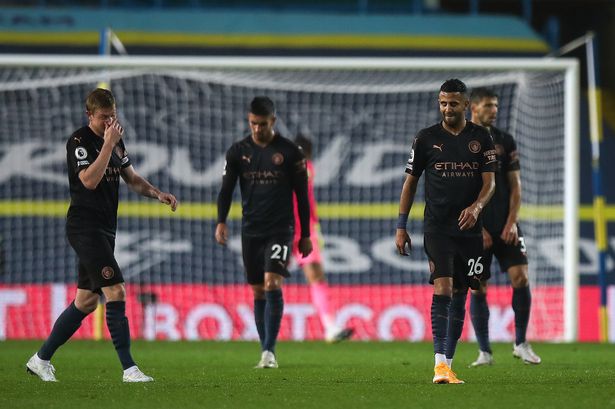 Sitting ninth in the table with a goal difference of + 6, Manchester City have significantly struggled in front of goal this season having only scored 17 goals in their first 11 games. The main area of focus for Pep this season was his defence having spent over £100 Million on both Nathan Ake and Ruben Dias who were brought in to solidify the back four. Having achieved the main objective, it seems as if there is another critical area to address with the men in blue suffering further up the field.

It’s fair to say a contributing factor has been that Sergio Aguero has been sidelined for the majority of the year and has also lost a yard during that process. There is no doubt he still has the instinct and for sure will score goals when he is fully up and running, but will he be that twenty goal striker he once was when he returns. Gabriel Jesus since coming in has been more of a wide man / number 10 who links the play up and Raheem Sterling doesn’t seem to have the goal touch he has had in previous seasons with him only scoring 3 goals so far in the league. Riyad Mahrez is currently sitting as top goalscorer on 4 goals, which was helped due to his hat trick in a 5-0 rout over Burnley last month.

It is unfamiliar territory for a side that has averaged 101 goals per season in the last three Premier League campaigns. Even last year, when they finished 19 points behind Liverpool they were only four goals short of the 106-goal record they set two years earlier. What was also worrying to see was Kevin De Bruyne’s reaction throughout the game against Manchester United on Saturday where he looked continuously frustrated with his forward men. Having ranked top among Premier League sides for both goals scored and expected goals in each of the last three seasons, they look far off the pace and it’s hard to see who they look to. New acquisition Ferran Torres has fared well in the cup competitions, scoring five times in the Champions League and Carabao Cup. But the Spaniard has only netted once in the League so far.

The challenge for Pep Guardiola is to find a way to generate better scoring opportunities as a team, without relying solely on De Bruyne. These are unfamiliar problems for one of football’s great attacking coaches, but if his Manchester City side are to return to their previous heights, they must get back to what they do best. Lionel Messi anyone……..?

Will Mikel Arteta Find The Solution To Arsenal’s Issues?
Expected transfers for Liverpool, Manchester City and Manchester United in the January window