Manchester United host Real Madrid at the Old Trafford on Tuesday night in a season defining match for both the teams. Madrid will be high on confidence after their successive wins over Barcelona but Manchester United won’t be short of confidence either  after their 4-0 win over Norwich City. Its been a great week for Mourinho but that will be of little help in tonight’s tie. After the first leg, Ferguson is quite relaxed because he feels Madrid dint trouble them at all in their 1-1 tie and with RVP missing on two chances, ManU could have scored 4-5 goals against Madrid. Also, Madrid had the possession most of the time but they were just playing across the pitch and not trying to tear the ManU defence apart. 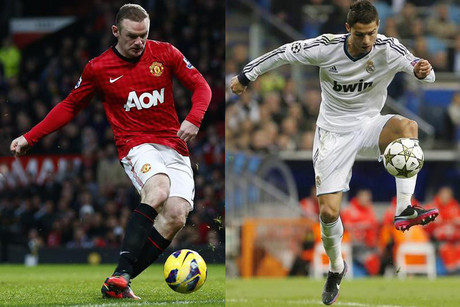 Madrid are widely recognized as the best counter-attacking side in club football and it’s that ability of theirs which was a prominent feature in their recent successive triumphs over Barcelona. However, United are not going to play the possession-based game that the Catalans persistently adhere to. Instead, they are more likely to contain Madrid like they did in the first leg and could therefore negate the visitors’ threat on the counter-attack. Looking at the stats this season, it is ManU who has been more efficient with their shooting, boasting an accuracy of 67% along with accurate long passes no other team in Europe tends to match. In the first leg, Danny Welbeck got the better of Sergio Ramos to score a priceless away goal. Jose Mourinho would have been furious at this school boy error as Ramos, who is excellent in the air, even failed to challenge the United forward for the ball and could merely push instead. The Sevilla born Spanish national did accept his mistake and will no doubt be looking to make up for it in the second leg but nonetheless, United’s ability to score from Set-Pieces might prove crucial tonight.

If Madrid are to win on Tuesday, they simply must be perfect in defending set pieces. The likes of Ramos, Pepe, Arbeloa and Varane are more than enough to negate the aerial threat of the Red Devils. Wherein Evans, Welbeck, Rooney, Van Persie, Vidic and even Patrice Evra have managed to score from dead ball situations and cannot be underestimated.

Cristiano Ronaldo will hold the key for Madrid but United should look to hurt Madrid more then Ronaldo. United hold the undue advantage with an away goal but there is a lot to play for tonight and as I say: Its a good day to Die Hard !!