‘National League in turmoil’: but who really cares? 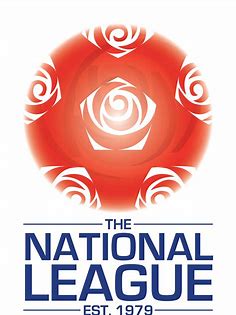 The dire situation many non-league clubs find themselves in has been completely over-looked and neglected by the media.

The decision was made by a vote with 24 teams across the two divisions, North and South, voting for while 19 went against.

The issue arose after it emerged that further Government funding would come in the form of loans and not grants, potentially leaving clubs in further debt.

Teams have been deprived of much-needed income due to supporters being unable to attend stadiums amid the ongoing coronavirus pandemic.

The situation had got so bad that clubs were having to furlough their players and play youth sides to fulfill matches.

However, despite this, there has been a lack of coverage in the media, a lack of support by the government and a lack of financial help from the bigger teams.

The foundations of the football league pyramid are at risk of perishing, but who really cares enough to save them?

Tonbridge Angels were among the clubs that had furloughed their players in a bid to cut costs and I spoke to the very diligent chairman of Tonbridge, Dave Netherstreet, about the worrying situation the National League finds itself in.

“It is very sad that the National League is in such turmoil and has effectively split into two camps but it was always going to be the case as soon as the availability of a grant for clubs was removed from the equation and replaced by loans to be obtained via Sport England.

“Tonbridge voted to end the season.  The vote was initiated at the beginning of February 2021 when the Covid 19 infection rates were very high, and the clubs had been told that grants were not going to be made.

“I believe that the confusion between the NL and the Department of Culture Media and Sport over who promised what is the key to what the eventual outcome has been. Swifter decision making and transparency could have allowed many clubs to plan.

“The National League will continue which is not unexpected and for commercial reasons makes sense.

“The impact on TAFC is yet to be known, the club has applied for a loan from Sport England to aid it through the period between now and the start of the new season but there is no knowing if it will be granted.”

National League North side Chorley had been seventh in the table before the season was halted and spent £30,000 on making sure games went ahead.

“For me the most disappointing thing is how it’s all been handled. It’s been atrocious,” boss Jamie Vermiglio told BBC Radio Lancashire.

“From the top level down to us the communication, or lack of it and lack of clarity on certain things meant that clubs have been left to make their own decisions.

“As an example, we decided we were going to continue and play football, we then committed to fixtures, paying full wages for players, coaches and everything else that comes with matchdays.

The last few weeks have been handled diabolically by the National League and now it has created a massive divide.

Smaller clubs, such as Tonbridge, are relieved that the season has ended before anymore big costs are spent, however, big teams like Maidstone are furious with the outcome.

This is not the end of this saga and intense debate will rage on for many more weeks.

However, whether the decision was correct one or not, it has exposed a lack of care and interest for the national league.

Hopefully many clubs will survive these challenging times, but make no mistake, the Covid-19 pandemic will have a lasting impact on football teams at this level.

With the extortionate amount of money in the EFL and Premier League, surely a grant to help national league clubs finish the season without debt could have been made?

These football clubs are the backbone of the English game and they need help before its too late.