Newcastle United’s best start to a season in the Premier League was not from Kevin Keegan, nor Sir Bobby Robson, but Alan Pardew. It weren’t Andy Cole, Les Ferdinand, David Ginola, Faustino Asprilla, Alan Shearer; but Yohan Cabaye, Cheick Tiote, Fabricio Coloccini and Demba Ba. The Magpies started the 2011/12 season with an 11-match unbeaten run and ended with European football qualification. It also made history as Pardew became the first English manager to win the Premier League Manager of the Season and League Managers Association Manager of the Year award. Shortly into the 12/13 season, the former West Ham gaffer was offered a contract extension that will keep him at St James’ Park until 2020. 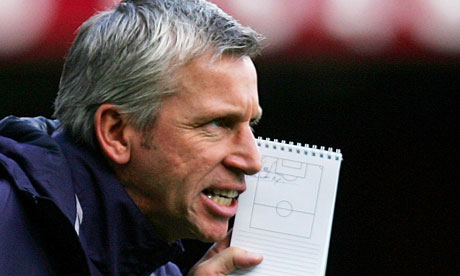 It may be the club’s intention to signal to their fans they are building a long-term future after a fantastic season. Yet, since pen was put to paper in late September, things seemed to have gone the wrong way. Recent rumors surface that should Pardew be dismissed, he would only receive compensation of one year’s wage instead of that of full contract duration.

After the latest home defeat to Reading from 1-0 up, Pardew’s men have only pocketed an astonishing 13 points and managed a goal difference of -13 from 18 matches. The numbers might suggest the 51-year-old has run out of luck – somehow true as key players including Cabaye, Ben Arfa, Ryan Taylor, Tiote were struck by lengthy injury spells.

However, this does not mean Pardew has no blame on his shoulders. When Cisse announced himself into the Premier League with 13 goals in 14 games, Pardew indeed did not know how to play Cisse and Ba together. He persisted with a 4-3-3 and Cisse was preferred up front. Ba played professionally on the left, although he never scored again after 5th February. When the current season started, Ba displaced Cisse to the right and although Ba returned to goal-scoring form, Cisse only scored 3 times before Ba was excluded from the squad. Both Senegalese players are proven prolific scorers but Pardew was inept at finding the right tactics to accommodate both, which also led Newcastle lying so unexpectedly low in the league table.

Tactics is not the only thing a manager needs to take care of, though. Newcastle was active in the transfer window but it would only be a mirage if you believe this would turn Newcastle’s season around. While the departure of Demba Ba and reported defeat in Loic Remy’s signature due to QPR doubling the wages Newcastle offered could be attributed to Mike Ashley’s typical reluctance to spend, Pardew again erred in his role when dealing with transfers. 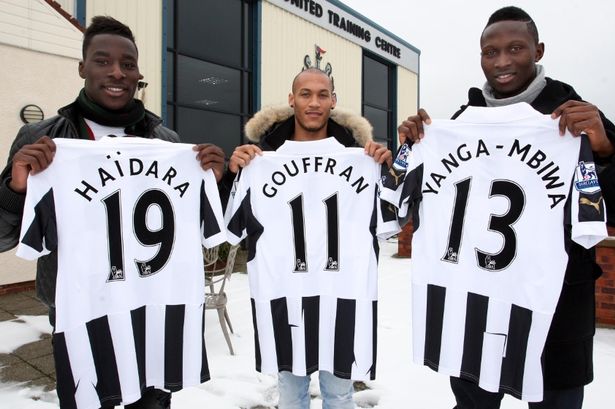 They finally brought in Mathieu Debuchy for 5M, as well as 4 more imports from Ligue 1 (left back Massadio Haidara, centre-back Mapou Yanga-Mbiwa, midfielder Moussa Sissoko and striker Yoan Gouffran).  They may alleviate the injury concerns, but there is a chance they would become a financial burden to bring in quality players to complement the injured first team players in the future or to fend off interests in their stars by offering a lucrative contract. Their unproven talents also raise doubt in whether they could replace key players Demba Ba, Hatem Ben Arfa (who openly talked about his “dream move” to  PSG) and Fabricio Coloccini (whose departure is only “momentarily suspended”).

There have been enough roller-coaster journeys for the Toon fans in recent years and they will be hoping these signings could work out a season-savouring spell. Pardew however has a lot more to do as he will need to figure out quickly how to get the best out of his squad players and realistically prioritize Newcastle’s focus of the remaining season on either a top 10 league finish or Europa League glory.

Winter Break? The managers ultimate contradiction
FA CUP WARNING: underestimate your opponent at your own risk!