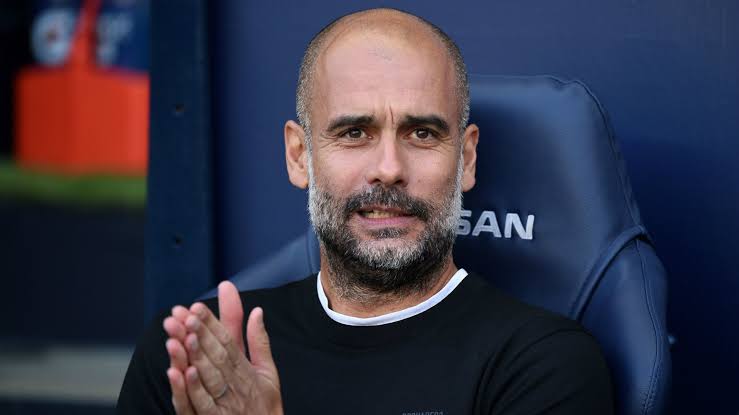 Sterling found the back of the net twice in Manchester City’s 3-0 Carabao Cup win over Burnley and City manager Pep Guardiola was pleased with the team’s performance as they bounced back from their 5-2 weekend loss to Leicester in the Premier League.

The 25-year-old Sterling now has the most goals for the Citizens across all competition.

City’s defeat to Leicester on Sunday at Turf Moor was the first time a Guardiola side has conceded five goals since the Spaniard began his managerial career.

With two goals from Raheem Sterling and another from Ferran Torres, Manchester City eased into the quarter-finals of the competition which they aim to win for the fourth successive time.

Guardiola said: ‘For the rhythm, these players wanted to play. It was a good response, this competition is special for us, the Carabao Cup. After our result (on Sunday) it was important.’

Guardiola also heaped praise on Sterling, who was used as a centre-striker for most of the game, and almost scored a hat-trick but for a fine display by Burnley goalkeeper Bailey Peacock-Farrell.

With both Sergio Aguero and Gabriel Jesus out injured for City, Sterling’s performance was one that impressed the Spaniard.

He said: ‘Yes we are without strikers. Wherever he plays – winger, striker – I’m incredibly delighted and happy.

‘When I arrived I was convinced he had incredible qualities and could play every three days, with his recovery and mentality to improve. He is a fantastic guy and a fantastic footballer.’

‘He’s improved a lot since we arrived. He played really well. His finishing – he knows he can do it more but I think he grew up a lot. It’s important for the team with all the problems we have upfront.’

Guardiola also expressed his satisfaction with new signing Ferran Torres, who also scored his first goal for City since he joined the club from Valencia this summer.

He said: ‘He still needs a little bit of time but it is important to have him involved. For his confidence, scoring a goal was important.’