Cesc Fabregas has quickly established himself as one of the best midfielders in the world. The skipper of Premiership club Arsenal first came into the frame as a 16 year old in the Carling Cup match against Rotherham in 2003. This would signal the start of a glittering career for the young Spaniard, as he went from strength to strength and continued to impress in more Carling Cup outings and eventually, the Premier League.
Fabregas was bought from Spanish giants Barcelona where in the youth set up he was seen as more of a defensive midfielder, but it was at Arsenal, under Arsene Wenger’s guidance, that he emerged as a top central midfielder also capable of scoring goals. Fabregas has quickly emerged as one of the best midfielders in the world.

Although Fabregas was still a youngster, he was given a huge boost when the skipper Patrick Vieira transferred to Juventus. Wenger put all his trust in the youngsters abilities by giving him the number 4 shirt that Vieira previously wore.
With Vieira’s departure, Fabregas took the centre midfield role alongside Brazilian, Gilberto Silva. The partnership worked for Arsenal as the pair put in strong shifts for the club until the Brazilian was sold to Panathanaikos in 2008.
The 22 year old was first deployed as a defensive midfielder in his youth career at Barcelona but at Arsenal his role has changed.
Despite his smaller frame, he is known to be able to put in a strong tackle on the opposition, which has eventually filled the gap that former skipper Patrick Vieira left.
Not only is it his defensive abilities that make him a fans favourite and a midfield superstar, he also plays a part in scoring goals for Arsenal. In 252 appearances in all competitions, the Arsenal midfielder has conjured up 39 goals in total.  With these goals under his belt, pundits and fans have viewed him in close resemblance to Chelsea’s Frank Lampard and Liverpool’s Steven Gerrard, who are regular scorers for their clubs and are important figures in the teams’ set up. Fabregas taking a penalty against Stoke City in the Premier League.

Sterling performances for Arsenal have branched off in to different directions for the youngster. He has finished with impressive individual honours such as Premier League young player of the year and has gone on to gain 47 caps for his national team Spain.
One of his most recent achievements was when Arsene Wenger had made him the new club captain, succeeding William Gallas.
Arsenal’s current season in 2009/2010 sees them lie in 3rd place with Fabregas in prolific form in goalscoring and assisting. As of date, Fabregas has 10 goals in all competitions whilst assisting 15 along the way. However, after scoring  his 2nd goal in his sensational performance in Arsenal’s 3-0 home victory over Aston Villa, the Spaniard suffered a recurrance of his hamstring injury which is set to rule him out for a week or so, which means he will miss the away trip to Portsmouth and possibly the home tie against Bolton Wanderers.
All in all, Fabregas will look to bounce back from his injury and carry on with what has been a great season so far, in what has been a great career so far. 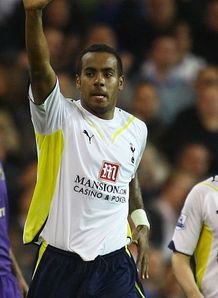 Sackings Galore – Well It Is December
FA Cup Draw – Round 4