Jimmy Bullard is a 31 year old, English midfielder currently playing at Premier League team, Hull City.
Bullard had started his career at Gravesend and Northfleet (now known as Ebbsfleet United) at the age of 20. His performances led to West Ham United clinching the midfielder in a £30 000 deal, however Bullard failed to make a breakthrough in the team and was released on a free. After a three week trial, Peterborough signed Bullard and he made 62 appearances, scoring 11 goals on the way. His performances led to Wigan Athletic signing the midfielder.

Bullard soon established himself at Wigan, where he helped the team to promotion to the Premier League in the 2004/2005 season.
His time at Wigan impressed fellow Premiership side Fulham who signed the 31 year old for £2.5 million.
However, his stint at Fulham was plagued by injury and was soon signed by Hull City.
Bullard made the switch to the KC Stadium, but on his debut suffered a knee injury which ruled him out for the remainder of the season.

Bullard in action against his former club.

The 31 year old has also suffered from injuries in his time at Hull, but he made his return and has scored vital goals for the club in their bid to survive the relegation battle. This included a penalty which secured an important 2-0 victory over his old club, Fulham.
Bullard’s ability to control the midfield and his passing of the ball are important for Hull City, not to mention his set pieces which have super accuracy.

With his impressive performances, Bullard had been called up to the England squad for two World Cup qualifiers, but to this day, the former Wigan man has not featured for England. Bullard scores a penalty against Arsenal earlier this season. 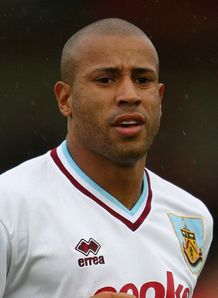