Today’s profile consists of Birmingham centre back Roger Johnson. He is the 2nd Defender that I and fellow blogger 5stars have profiled in our feature. Please enjoy this week’s player’s…

Before Roger Johnson joined Premier League promoters Birmingham City, the English defender was noted as one of Cardiff City best players. Johnson clocked up a total of 119 appearances for the Bluebirds, and he also netted twelve times in his three year spell with Cardiff. Roger Johnson was a massive hit with the Cardiff faithful, as he secured the clubs player of the year award at the end of the 2007/2008 season. Last season’s campaign proved to be his last season for the Welsh side, however he still went out with a bang, as he started over 50 matches for Cardiff last season. In June 2009, Johnson secured a five million pound move to Birmingham City. The centre back stated that “Premier League football is the dream”, “I can’t wait to get started”.

This season has turned out brilliantly on Johnson’s behalf. As Alex McLeish signed him and fellow Championship defender at the time, Scott Dann the beginning of the season credentials were of course the same as every other promoted team… stay clear of relegation. However the two have turned out to be, one of the most promising centre back pairings, in the Premier League this season. However it’s Roger Johnson who has caught people’s attention this season, with awesome displays against the likes of Chelsea, Fulham and Manchester City. Roger Johnson has thrown his body on the line in nearly every single game this season, as his tackling and his blocking have been first class. His distribution has also been first class, as he has helped Birmingham City sustain ten clean sheets in all competitions this season. Also Birmingham has the 2nd highest number of clean sheets, nine in total in this season’s Premier League, as they sit behind league leaders Chelsea on that stat.

So far this season, Roger Johnson has appeared the most times for Birmingham City in the 09/10 campaign. Also on a positive note the Birmingham centre back is joint on the list, as the most featured player in the Premier League this season, along with Manchester United left-back Patrice Evra.

However can Roger Johnson keep up his brilliant form for Birmingham City? As we are currently in the second half of the Premier League season, Birmingham lay 8th in the table, albeit from the help of Roger Johnson and his team mates, Scott Dann and Joe Hart. Johnson has been one of the better players for the West Midlands club; therefore his name has been mentioned as a possible candidate for an England call up. I wouldn’t put it past him, as being selected for the England squad, in some up and coming friendly games, however most of us will probably think that, the World Cup is too much of a long shot for Roger Johnson. If Johnson stays injury free, the centre back will definitely need to perform in the March and April months, only if Birmingham wants to sustain a top ten finish at the end of this season. As McLeish’s men have home ties against Everton, Arsenal and Liverpool at the back end of this season. Overall Roger Johnson is turning out to be, an ultimate defender for his new club Birmingham City, and if he is lucky he could well be drafted into the England squad in the next couple of months. 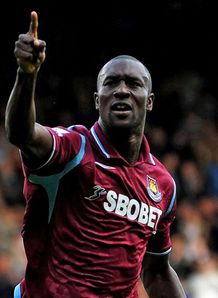