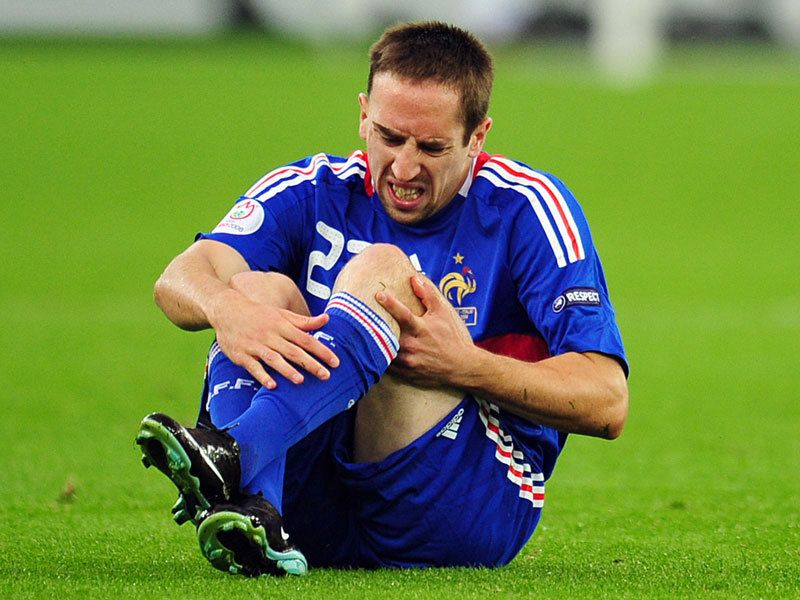 During the match against Italy, French star Franck Ribery had to be substituted early in the game after suffering an injury when he fell awkwardly after challenging Gianluca Zambrotta for the ball. Tests that were carried out later showed that Ribery had injured his knee and left ankle. The full extent of the injury is yet to be determined but Domenech has confirmed that Ribery has suffered a ‘nasty sprain’ and that he cannot walk. The injury to the best French player adds to the disappointment of France after their early exit from Euro 2008.

“He has a nasty ankle sprain. As for the knee, we’re not quite sure yet how serious the injury is. Further checks are needed. He’s walking on crutches; he can’t put his foot down.” – Raymond Domenech