A quick answer from Old Trafford is no, while the Russian at Stamford Bridge is in favour. There is hardly a universal answer, but most teams sitting at the bottom of the Premier League decided to put the blame on their former managers. It can only be known in May how effective their moves are. The Linesman pre-assesses case-by-case whether the decisions of the board are justified. 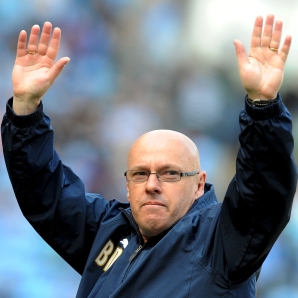 Reading: Was it the manager’s fault?

They have surely produced some entertaining football. Two goals in the last ten minutes frustrated Chelsea; leading Manchester United three times was nullified by conceding four goals before the interval; and the improbable 5-7 loss in Capital One Cup, despite leading Arsenal 4-0 at half time.

Yes they can score, but they are better at giving away goals. Brian McDermott could not elevate the team to another level, but in fact, the quality of the squad and their playing style are just short of Premier League standard. Being the best defensive team in Championship last season, limited emphasis were placed on further improving their defence. This only made their mission even harder.

Is solid defence what Nigel Adkins is going to bring?  He was more well-known for leading the exciting and attacking Southampton. Even if he is an expert in defence, how influential could he be with six matches to go?

Sunderland: A little bit too late?

In contrast to Reading, the Black Cats can’t quite find a way to score. 7 goals in 9 matches since Danny Graham has joined is not what Martin O’Neill anticipated. The spending on Steven Fletcher, Adam Johnson, as well as the existing talents of Stephane Sessegnon and James McClean hardly manifested on the scoresheet. Martin O’Neill has failed to transform the attacking form he brought to Aston Villa to the Stadium of Light.

The decision to farewell O’Neill only came when the alarm started to ring – currently at the edge of safety zone on goal difference. The aggressive and controversial Paolo Di Canio is appointed, attempting to re-ignite the team. With the Italian made himself available a month ago, has Sunderland left it all a bit too late?

The humiliating 0-8 night at Stamford Bridge was followed by two more white-washed defeats. Entering the year 2013 on a low, Aston Villa is starting to discover the way of winning. The somewhat stubborn Paul Lambert is adamant youth is the key to success. There might be more experienced players in the squad than Andres Weimann and Christian Benteke, but their enthusiasm and desires are what Lambert embraces. There are occasionally schoolboy errors, but the growth and improvement throughout the season is encouraging  and a sign that Lambert is keen for long-term development rather than a stepping-stone onto a bigger club. Although still far from guaranteeing Premier League status next season, their tolerance and faith towards Lambert is a rarity and at least a partial success in the realistic world.

Southampton: Doing it the right way?

David Puncheon rescued the Saints at Stamford Bridge, but could not save the job of Nigel Adkins. It was a debatable decision to sack the manager on a high. Now it proves Pochettino is indeed the right man to rely upon.

The Argentine is able to bring Southampton to the next level of football with the same crop of players. Utilising the work rate and pace of their frontline, characteristic in the Championship last season, Pochettino advocated a high pressing style, which further eases the pressure at the back. It is a risky tactic but Southampton has been executing it close to perfection, in particular Ricky Lambert and Jay Rodriguez. Victories against Liverpool, Chelsea and Manchester City say it all. There is more work to be done before claiming it safe, but the Saints are looking very confident at this crucial stage of the season. 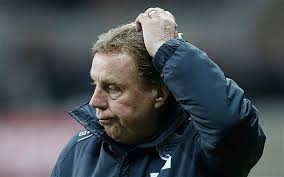 QPR: It is Just All Wrong

They have got quality players; they knew Mark Hughes’ philosophy did not work; they made the right decision as early as in December. Unfortunately, it is the players that disappoint the supporters and left Harry Redknapp dejected.

The ex-Tottenham manager first restored the order by solidifying the defence. The arrival of Loic Remy, Andros Townsend and Jermaine Jenas represents stage two of the fight for survival — playing to win. Just when it seems they are about to produce a miracle, they self-destructed. Christopher Samba was worryingly clumsy at Craven Cottage, raising doubt if the seldom-used Nedum Onuoha is even fitter. Bobby Zamora’s ruthlessness and more crucially Stephane M’bia’s indiscipline took away the important 3 points against Wigan.

These are all out of Harry’s hands, who has already done a marvellous job to restore hope for QPR. While the board made a logical decision in managerial change, it could be the promised relegation clauses that contributes to the lack of fighting spirit in Loftus Road.