A lot has been made about Slaven Bilić and his commitment to the Croatian national side, with the ex West Ham and Everton defender set to take over the reigns at Lokomotiv Moscow after the tournament has finished. Indeed the Croatian media have been giving the manager a lot of stick over recent months, I believe this is unfair, and the ex-Croatian footballer has been on record many times talking of the honour, love and privilege he feels at being in the hot seat for his national side, and I also believe instead of looking at the tournament as an inconvenience thats keeping him from club management Bilić will look unto the Euros as his final opportunity to make himself a Croatian legend, one last roll of the dice that could make him immortal in the former Balkan country, and one last chance to stamp his name on international football before he goes into the club game.

What of the man, Slaven Bilić though? He is indeed a man that throws all conventions of both a footballer and a manager out of the window. Not only has Frank Lampard let slip that whilst the two were team mates at West Ham Bilić enjoyed a cigarette as part of his pre-game ritual and that ‘he was a smoker at the time’ but Bilić’s personal life after he finished his playing career is one to revel in. The 43 year old is fluent in English, German and Italian and also holds a degree in law, both of which give testament to his intelligence, not only of the beautiful game but of academia. Most surprising of all is Bilić’s relationship to music, the multi-lingual law student is an avid fan of rock music and can be seen playing rhythm guitar for Croatian rock band Rawbau, with which Bilić reached number 1 in the Croatian charts with their football anthem Vatreno Ludilo, which was released to coincide with Croatia’s involvement in Euro 2008. 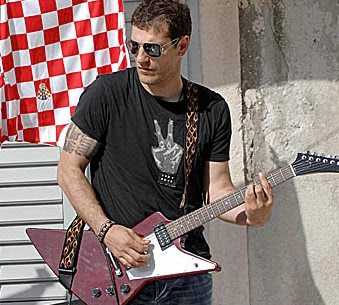 Now if the fact that he’s a guitar playing, chart topping, multi-lingual, law graduate doesn’t make you understand why he was so loved by the Croatian public, being voted Croatian of the year in 2007, then you only have to look at his footballing record and you will understand. He is the third longest serving manager going into the Euros, behind only Joachim Loew of Germany and Morten Olsen of Denmark, the six year stint that puts Bilić in that position has been a hugely successful one, and since he took over, as a relative novice, Croatia have not dropped outside of the top 10 of the FIFA rankings, and they currently sit in a respectable 8th, not bad for the smallest nation heading into the Euros. Bilić has come under attack from the media recently however, mainly due to their failure to qualify for the 2012 World Cup, along with murmurings that Bilić has lost control of the squad, and that the players see him more as a friend than an authority figure, a rumour that Bilić is keen to quash, as he states in a recent interview (which you can find here) the ‘moment (he) felt that the players were losing confidence in (him), even for a single per cent, (he) would have left.’ If you consider his win record at Croatia it really is surprising the media have been attacking him, in 59 games under Bilić Croatia have raked up 40 wins and have only lost six games, this translates to a win record of 67%, this matches that of Loew at Germany and Marwijk at Holland.

On top of his impressive statistics and his ability to place and keep Croatia in the top 10 of the FIFA world rankings is the fact Bilić has bred a team that has inept creative flair, creativity, and great passing quality. Inheriting an old squad Bilić was not afraid not shake things up and even dropped current captain Darijio Srna, who fought his way back into the first team, and he was the manager who initially introduced Luka Modric into the side. In his six years with Croatia Bilić has gained a lot of praise for the style of play he encourages, and if Croatia shake off the blues they have had in the recent warm up friendlies, in which they did not perform to expectations, they may just surprise pundits with the way they play. 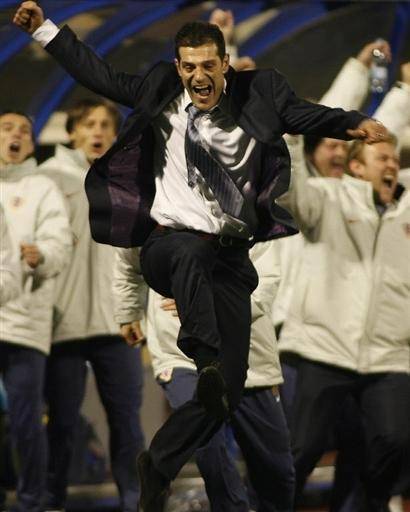 So Slaven Bilić may be off for a career in club management in Russia after the Euros but this should not be seen as a bad mark on the mans character, he has given his all in the last six years for the country he gained 44 caps for. He has seen first hand the roller coaster ride that is management, adored by all after just a year in charge, which is when he was crowned Croatian of the year in 2007, then suffering a dip in form which led to him being lynched by the media, a course of events that have not seemed to affect him in the slightest, as he remains as cool and calm in interviews as ever. It is no secret that for much of the squad this might be their last tournament before retirement, and I think that Bilić might just align this with the fact it’s his last tournament with the squad to inspire them. A brutally honest man that never avoids the point, even if it means criticising himself, a man with a clear footballing ideology and a man I believe can surprise pundits, answer his critics and rally together his squad to perform at their highest possible level once more at the Euros.