Three Best Matches to Watch on TV This Weekend 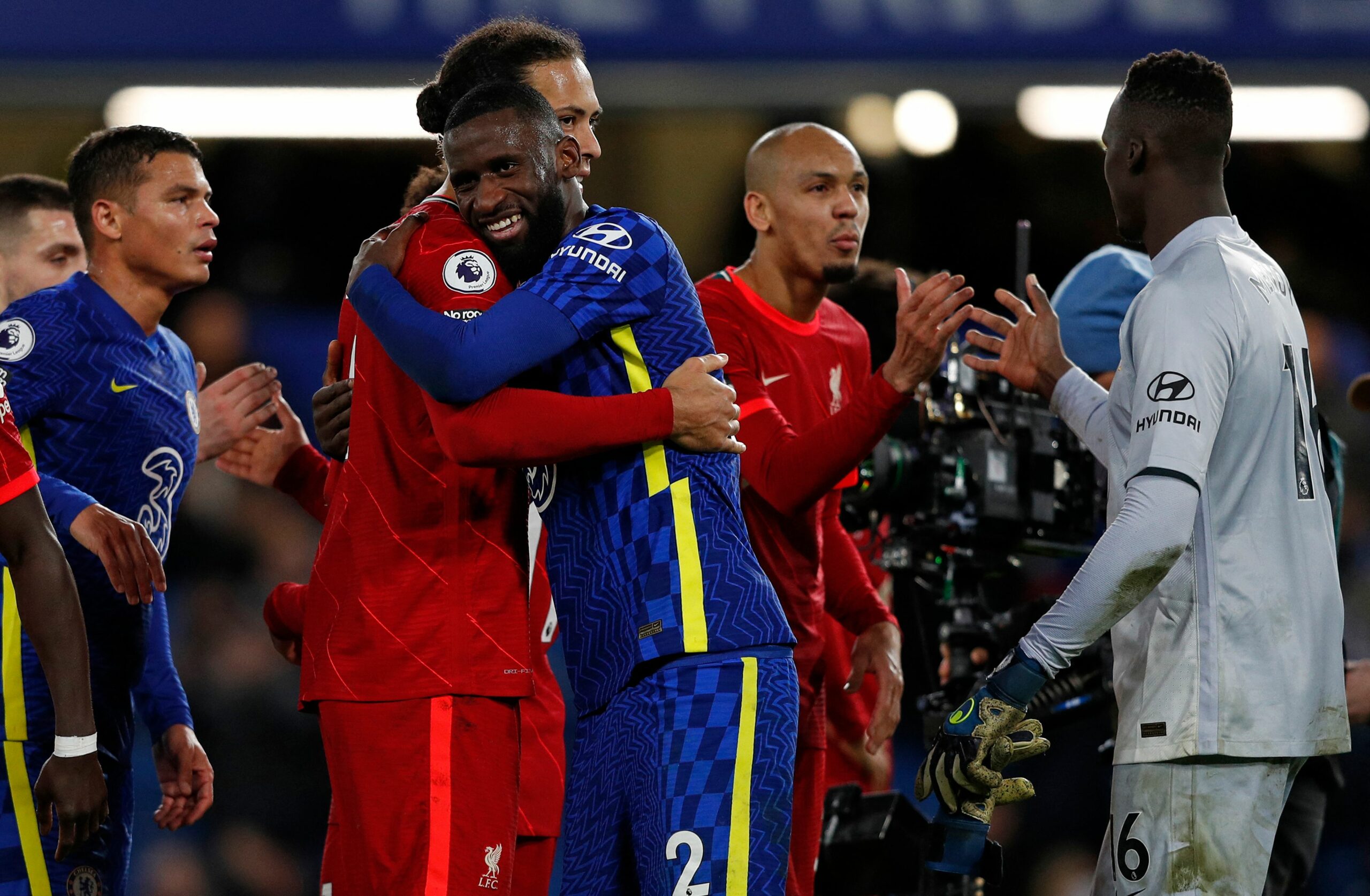 Domestic action will take the front seat at the expense of European football as the Premier League returns to your TV screens with several cracking fixtures.

You are going to be spoilt by watching football this weekend – here’s a look at the three best games to catch:

The alarm bells are ringing in Yorkshire after a run of four defeats from five league matches (D1) condemned Marcelo Bielsa’s side to a terrifying relegation battle.

Following Wednesday’s 6-0 thrashing at the hands of Liverpool, the Whites languish in 15th in the Premier League standings, only three points clear of 18th-placed Burnley.

Leeds’ catastrophic domestic season has led to speculation about Bielsa’s future at Elland Road, and another underwhelming performance against Tottenham could put the final nail in the Argentine’s coffin.

Luckily for the home side, Spurs are not having the best of times either, as witnessed by their disappointing 1-0 defeat at Turf Moor in midweek, their third loss in four Premier League games (W1).

With the Londoners’ hopes of securing a coveted top-four finish for the first time since the 2018/19 campaign fading away, Antonio Conte has come under scrutiny despite an eye-catching start to his tenure.

Since neither side would benefit much from a draw, this fixture could serve as the ideal curtain-raiser for another exciting Premier League weekend.

Speaking of struggles and unwanted records, Everton are arguably one of the biggest disappointments of the 2021/22 Premier League season.

Although the Toffees intervened in the January transfer window to reinforce Frank Lampard’s bid to repair the damage left by his predecessor Rafael Benitez, things do not look promising for the Merseyside outfit.

A return of two defeats from his opening three Premier League matches in charge (W1) leaves Lampard and his men with the uphill task to secure salvation in the remainder of the season.

Only two points separate Everton from the drop zone heading into their formidable clash against pacesetters Manchester City at Goodison Park.

The Toffees have lost their last four Premier League meetings with the Cityzens at Goodison by an aggregate score of 11-3, while their reverse visit to the Etihad yielded a crushing 3-0 defeat.

After a 3-2 home loss to Tottenham last time out saw Man City allow Liverpool to whittle down the gap to three points, the visitors are likely to make Everton’s hopes of avoiding relegation even more complicated.

Wembley Stadium is the venue as Chelsea and Liverpool go head-to-head in a handsome-looking Carabao Cup showpiece, their first such meeting since 2005.

Since the Blues are already lagging a monumental 13 points behind Premier League leaders Man City, winning their first EFL Cup since 2015 could be their best shot at domestic silverware this season.

Chelsea have already won two major honours this season at the expense of Villarreal and Palmeiras in the UEFA Super Cup and FIFA Club World Cup, respectively.

Meanwhile, Liverpool’s extraordinary domestic form has fired them back in contention for the Premier League crown, but they will have an added motive to shine in London this weekend.

The Reds have lost both previous encounters with the Stamford Bridge outfit in major domestic finals, including a 3-2 defeat in this exact fixture back in 2005.

Jurgen Klopp’s men will have revenge on their minds as they seek their first EFL Cup triumph since overcoming Cardiff City in the 2012 final via penalties.